From rain during qualifying to brilliant sunshine at the finish line, the Eifel weather showed its many facets at the fourth round of the Nürburgring endurance series. 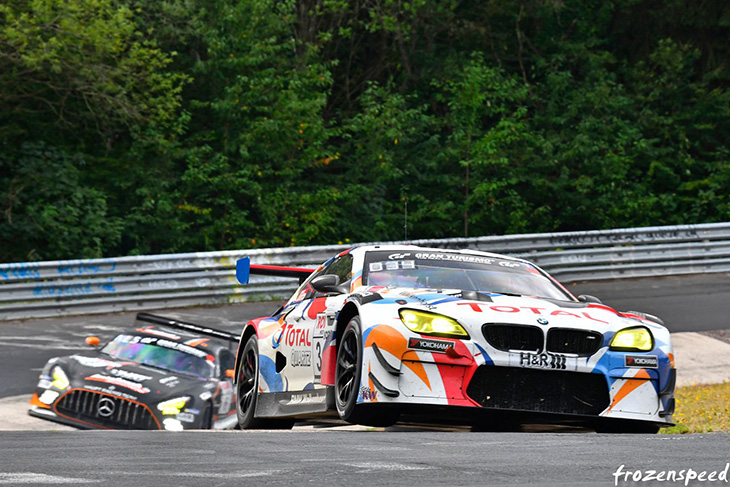 Starting from position three, the ROWE team delivered the most constant performance over the 4-hour distance. A regular strategy with seven and eight-round stints turned out to be spot on. “The start was very demanding because some passages were still wet and we decided to go with slicks,” said Catsburg. 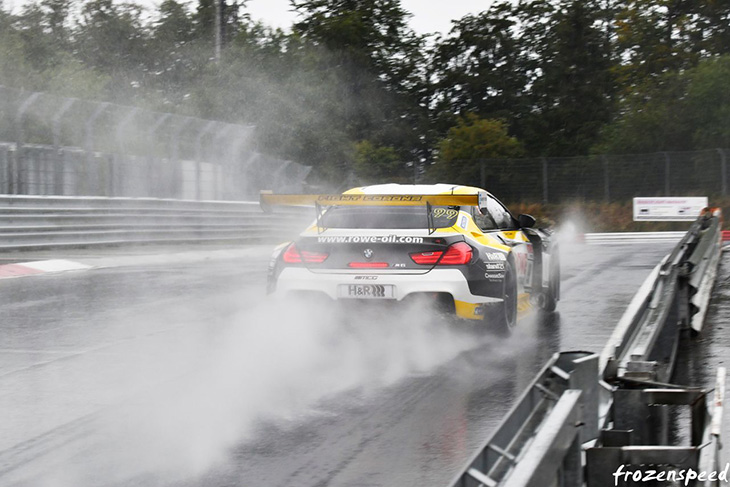 “I focused on not making mistakes and keeping the car on the track. My second stint at the end was very easy. ”This was due to the strong performance of his team-mate Dusseldorp:“ After I took the wheel, I was within striking distance of the HRT-Mercedes and the KCMG-Porsche. I was able to pass both of them directly in the first lap and then sit down. We had a very good vehicle and perfect tires. ” 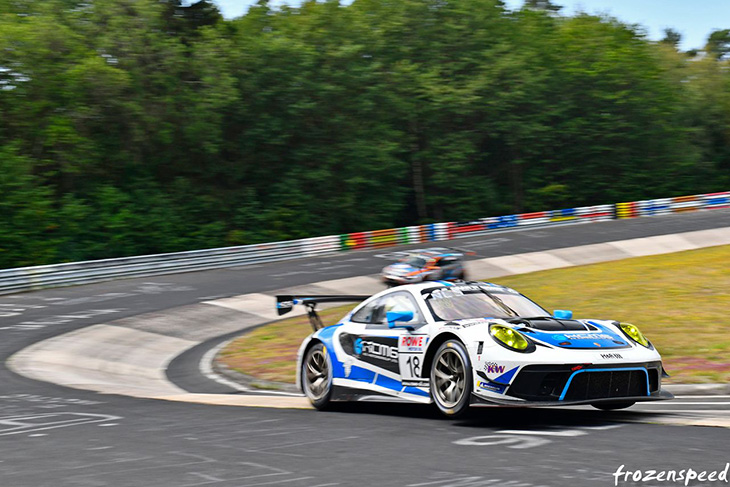 Walkenhorst and HRT, who both chose to run a short stint at the start of the race, fought bumper to bumper for second place in the final stages.

“We started on cut slicks and had to pull off the first pit stop on the drying track to switch to slicks,” said Jensen. “From then on we didn’t know exactly where we were. We have certainly left some time, especially in the first stint. In the second half of the race, there were still braking problems so that we could no longer attack properly. Second place is okay under these conditions.”

Assenheimer explained HRT’s early stop:“ I started on slicks and was then held up a bit by a Porsche, so we decided to stop early. The race was particularly interesting in the starting phase. If it goes well with slicks on wet slopes, that’s okay. Otherwise, I don’t need that too often. ”

In difficult conditions on wet slopes during qualifying, the hour of Nordschleife ace Fabian Schiller came. In the GetSpeed ​​Performance Mercedes-AMG GT3, the 23-year-old drove away from the competition and secured pole position with a time of 9:18.357 minutes. At 5.445 seconds, Schiller Dennis Olsen in second place in the Porsche 911 GT3 R from KCMG. In the race, both fought a duel in the early stages with many changes of leadership. Neither though played a role in the top positions in the overall result.

Polesitter Fabian Schiller won the Am classification in the GT3 class in his GetSpeed Performance AMG together with Janine Hill and John Shoffner. The top finisher in the Pro-Am was the Huber-Porsche with Marco Holzer, Lorenzo Rocco Di Torrepadula and Patrick Kolb. Behind the top trio, KCMG finished fourth and sixth. The Audi R8 LMS from Car Collection positioned itself in between. 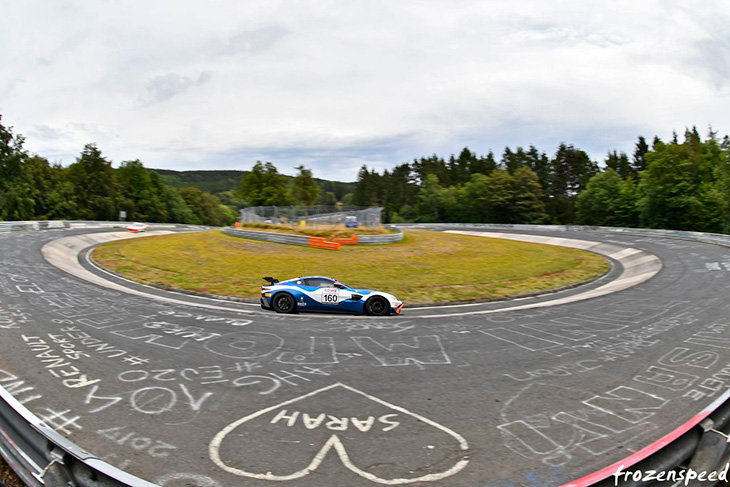 The Cayman GT4 Trophy by Manthey Racing was won by Ivan Jacoma and Kai Riemer, who ended Mühlner’s winning streak in races one to three. Thorsten Jung, “Max” and Moritz Kranz had to be content with second place in the end. The victory in the BMW M240i Racing Cup went to the AVIA Sorg Rennsport team with drivers Heiko Eichenberg and Moritz Oberheim and the KTM X-BOW CUP powered by MICHELIN won by Georg Griesemann and Reinhard Kofler.