In a race characterised by several changes in the lead, the #22 Toksport WRT Mercedes-AMG GT3 Evo of Luca Stolz and Maro Engel emerged victorious at the end of 43 laps in the opening race of the ADAC GT Masters at Lausitzring.

Only 0.7 seconds behind in second place were SSR Performance Porsche drivers Michael Ammermüller and Christian Engelhart. The remaining place on the podium went to the Montaplast by Land Motorsport Audi R8 LMS pairing of Max Hofer and Christopher Haase.

“I’ve finally got my first race win in the ADAC GT Masters,” said a jubilant Maro Engel. “I’m delighted that it’s worked out this time. What a great start to the new season!”

The first half of the race was eventful. Precote Herberth Porsche driver Alfred Renauer started from fourth on the grid but immediately took the lead from pole-sitter Luca Stolz after making a strong start. Renauer then defended P1 against Stolz until Lap 8. 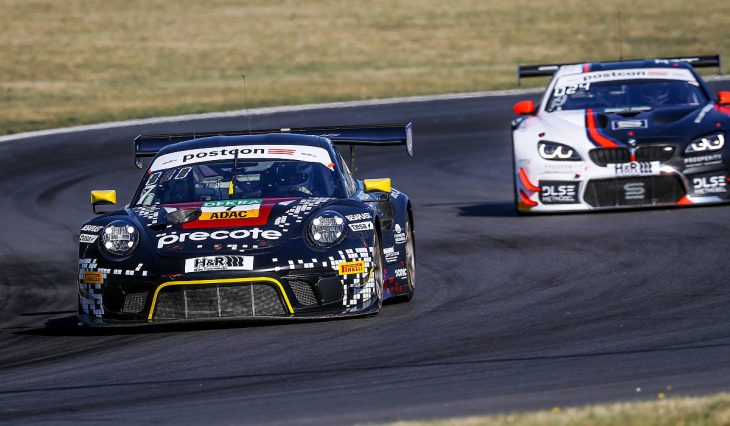 However, as Stolz made a move to overtake in Turn 6, the Porsche and the AMG briefly made contact. Stolz took over at the front, but Renauer spun and dropped back.

Stolz extended his lead to almost four seconds on the laps that followed. The field then bunched up again when the safety car came out following another incident involving Renauer, then in second place, who got involved in a no-fault collision with Callaway Competition man Markus Pommer who was chasing hard in the Corvette C7.R GT3. 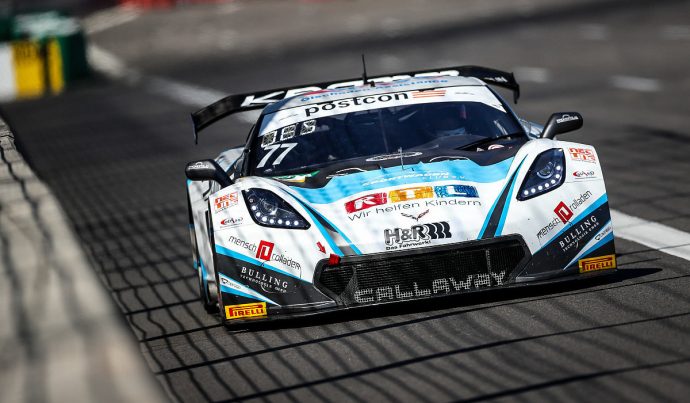 On the restart, Klaus Bachler overtook Stolz from P2 and defended his lead until he handed over to Simona De Silvestro in their Küs 75 Bernhard Porsche. 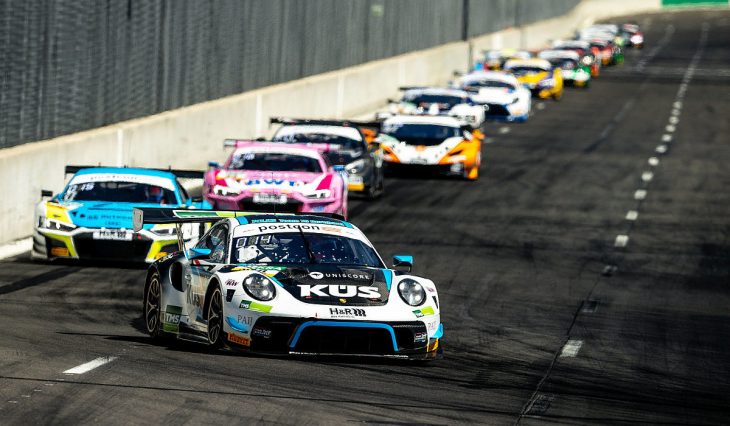 During the round of pit stops, Stolz’s partner Maro Engel regained the lead from De Silvestro and subsequently stayed in front. Things hotted up again in the closing stages.

An engine misfire in the first turn allowed Christian Engelhart in hot pursuit in the Porsche to get close again, but Engel crossed the finish line with a lead of 0.7 seconds to secure a maiden win for himself and his team, Toksport WRT, in the ADAC GT Masters. For co-driver Stolz, it was his sixth.

Next up was the Mann Filter HTP Winward Mercedes-AMG of Indy Dontje and Maximilian Götz followed home by Filip Salaquarda and Frank Stippler in their Team ISR Audi (Salaquarda also won the Pirelli Trophy class). 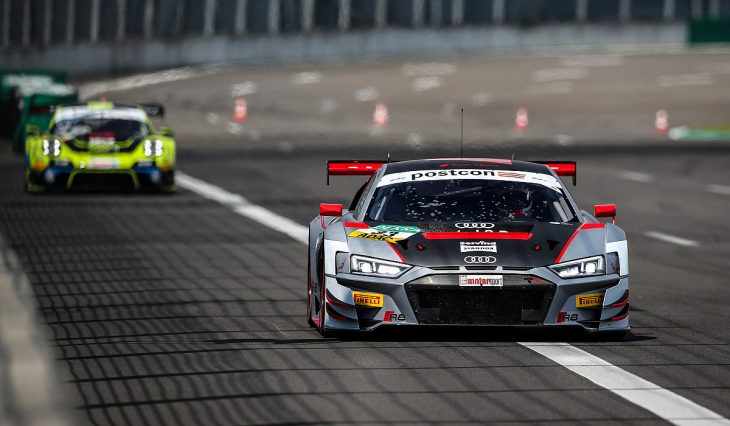 The top ten was rounded out by the Schütz Motorsport AMG of Marvin Dienst and Philipp Frommenwiler and the delayed Alfred Renauer and Sebastian Asch in the Precote Herberth Porsche.

Luca Stolz (Toksport WRT, Mercedes-AMG GT3 Evo): “The start was really chaotic. I lost a place to the Porsche, and I’ve no idea where he suddenly came from. Later on, I had minor contact with the car. Actually, he must have seen me. After I retook the lead, I pulled out a bit of a gap before the safety car came out. The car worked really well with nothing ahead. But while I was following the safety car, I was getting a lot of pickup. That’s why the Porsche was able to get past me at the restart.”

Maro Engel (Toksport WRT, Mercedes-AMG GT3 Evo): “After I took over in the cockpit, I went flat out, because it was a very tight situation with Simona De Silvestro. Once I had taken the lead, I tried to steer the car to the finish line without making any unforced errors. But just before the end, I had another fright when the engine cut out. Fortunately, the fault corrected itself and I was able to bring home the victory.”