Five long months ago, the teams and drivers of the Pirelli Super Taikyu Series converged on Fuji Speedway for an official pre-season test. By the end of the night, they’d been told that the start of the season would be delayed out of concerns for the COVID-19 crisis. In time, the start of the season would be postponed until the weekend of 5/6 September, with the fifth running of the Fuji Super TEC 24 Hours.

On Thursday, 40 teams once again converged upon Fuji Speedway to take part in an all-day test in preparation for what will be Japan’s only major endurance race, following the prior cancellations of the 2020 WEC 6 Hours of Fuji and Suzuka 10 Hours. Two 90-minute sessions in the morning and the afternoon respectively, and then a 1 hour 40-minute session of night driving practice.

The health of Super Taikyu’s ST-X category looked questionable going into the 2020 season. KCMG’s withdrawal last week certainly didn’t help matters. When the entry list was published, six FIA GT3 cars were on the list. The fastest car from the February test, the #300 Tairoku Racing Nissan GT-R NISMO GT3, was among them – but decided at the last minute not to take part this time. 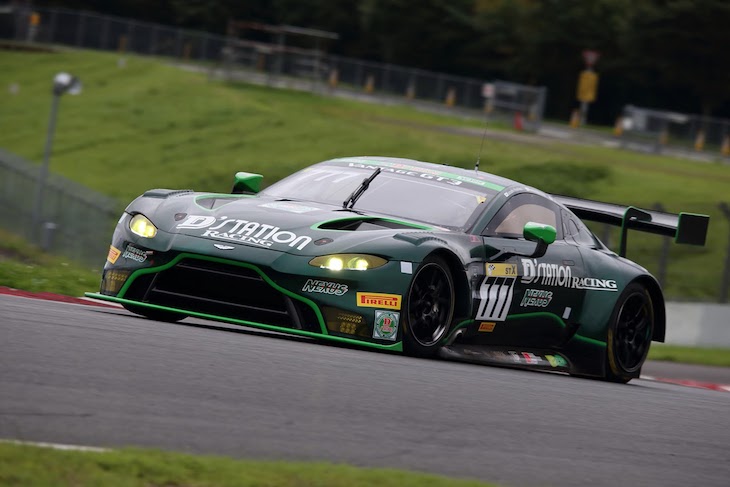 Of the five GT3s on track Thursday, the #777 D’station Racing Aston Martin AMR Vantage was fastest in all three sessions through changeable conditions. In terms of the outright pace of the ST-X runners, however, they were all evenly matched in terms of their fastest times: 0.210 seconds covered the top three, and just 0.020 seconds was the margin from the best time of the D’station Vantage and the second-placed car.

Tomonobu Fujii was quickest in the morning session that began in wet conditions and was then washed out by heavy rainfall 30 minutes in. By the afternoon session, the track had dried out enough for teams to start setting representative laps on slick tyres. Fujii set his quickest time early in that second session, a 1’41.103 – nearly two seconds off the benchmark set in the February test, but it has to be said that track conditions were much better then than they were this week.

Fujii completed a clean sweep of the day by leading a misty, damp night practice session. Teammate Satoshi Hoshino was especially encouraged after getting out on track himself. “Our car is more balanced than last year, and it’s much easier to drive,” said the D’station Racing owner/driver. “It was a bit of a half-wet, half-dry test – but I’m glad we were able to set the fastest time. I think the reason I was able to set a good time was because the car was good. [Tsubasa] Kondo was also very fast, so that’s very encouraging!”

Second-quickest was MP Racing’s #9 Nissan GT-R, again only two-hundredths back of the D’station Vantage. The man at the wheel was Tsugio Matsuda – the two-time GT500 Champion and all-time ‘winningest’ GT500 driver in Super GT, who’s joining the team for the Fuji 24 Hours.

After missing the February test, two-time and defending ST-X Champions GTNET Motor Sports have declared their entry for the 2020 season, with a restructured team and a new livery that will be very familiar to old-school JGTC fans – with the orange Daishin colours returning to the track. They were third-quickest, with Kazuki Hoshino setting a 1’41.3. 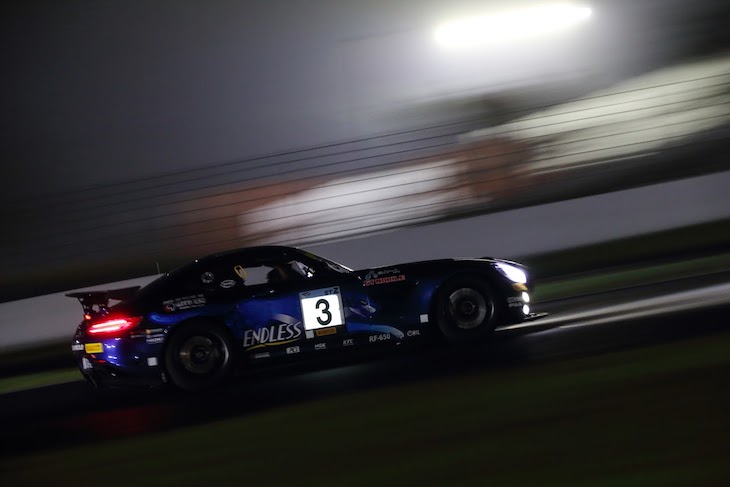 Over in ST-Z, the FIA GT4 category was led by a Mercedes-AMG GT4 just as it was in February. But with previous pacesetters TK Racing Invitational (TKRI) sitting this test out, it was defending ST-Z Champions Endless Sports and their #3 Mercedes-AMG GT4 who set the pace in the afternoon and night sessions.

Hideki Yamauchi’s best lap of a 1’49.186 was set in the afternoon, eight-tenths quicker than the #500 5Zigen AMG GT4. Takashi Kobayashi was third-quickest in the #2 Syntium KTM X-Bow GT4. Even still, Yamauchi had his concerns. “I’m still not satisfied with the balance of the car, but the time is still tops compared to the others, so I don’t think we’re in a bad position,” said Yamauchi. “However, we don’t know what’s going on with the tires, so we’re concentrating on making the best of what we have and developing a good car.” 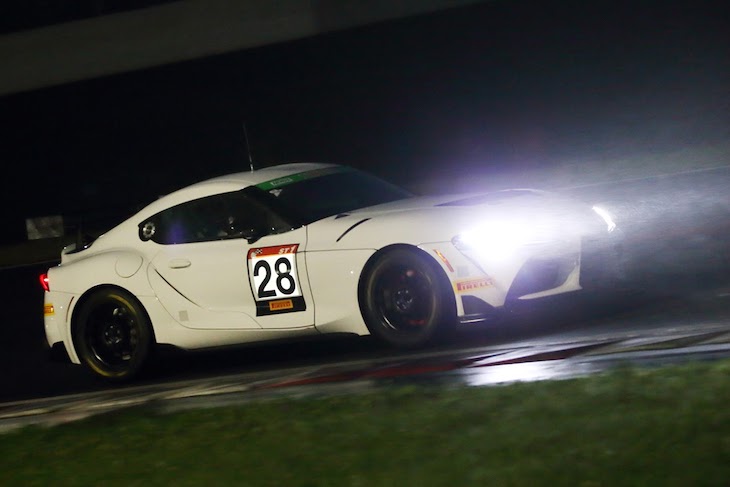 But the fastest GT4 car in the field was the #28 Rookie Racing Toyota GR Supra GT4, entered in the ST-1 class and outside of homologation. Naoya Gamou was fastest among the three ST-1 cars in all three sessions, and his best time from the afternoon session – a 1’47.325 – was nearly two seconds faster than that of the Endless AMG GT4.

In second was the #12 Field Management Racing Porsche Cayman GT4 Clubsport, a one-off entry out of the Porsche Sprint Challenge Japan series. It was an overwhelming three-second gap between the FMR Cayman and the only true production vehicle in ST-1, the #38 Advics muta racing Lexus RC F.

There were other curiosities in the production categories as well. ST-2 was headed by Mizuki Ishizaka in the #59 DAMD Motul Subaru WRX STI. In second was Masahiro Sasaki in the #32 Rookie Racing Toyota GR Yaris, just two-tenths back and proving a threat to TOWA INTEC Racing’s record run of seven consecutive class titles.

Atsushi Miyake was eighth-quickest of all runners in the morning session and ended the day fastest in ST-3, setting a 1’53.630 in Max Racing’s new #244 Queen Eyes Nissan Fairlady Z34. Newly-minted Super GT winners Saitama Toyopet GreenBrave were quickest in the night session, this year they’re challenging ST-3 with a rather unconventional choice of race car, the Toyota Crown RS!