Team WRT chalked up a maiden ADAC GT Masters victory on its very first competitive weekend in the series.

After Dries Vanthoor took pole position in the tightest qualifying session in the history of the ADAC GT Masters, the Belgian and co-driver Charles Weerts were also on unbeatable form in Sunday’s race at the Lausitzring.

“That was a great race for us,” said a jubilant Vanthoor. “I am delighted that Charles and Team WRT have been able to celebrate a victory on their very first race weekend in the ADAC GT Masters.”
Vanthoor in a league of his own

Pole-sitter Dries Vanthoor dominated the first stint of the second race of the season. The Audi Sport driver initially seemed to have lost the lead to Porsche man Sven Müller at the start, but the Belgian was back ahead as they emerged from the first corner. 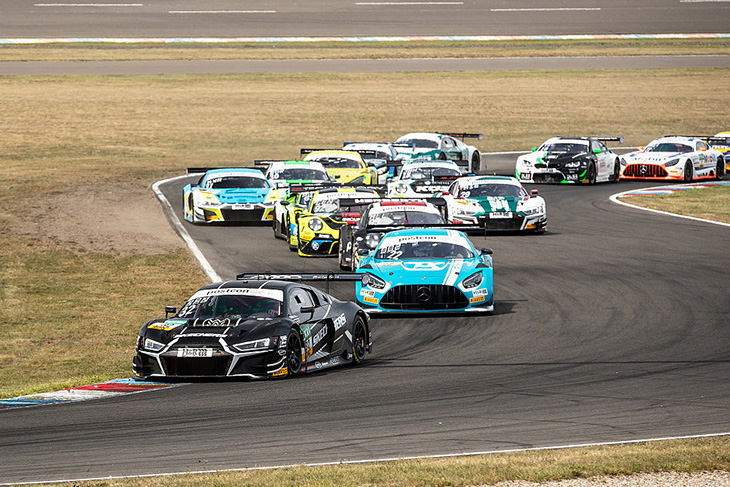 After that, Vanthoor steadily drew away from the pursuing pack, posting lap times that were half a second faster than the rest of the field. By the time he handed the #32, Audi, over to partner Charles Weerts in the middle of the race, he had built up a cushion of just under 14 seconds.

Weerts even managed to slightly extend their lead. However, a late safety car deployment for the recovery of the T3-HRT-Motorsport Bentley of Constantin Schöll and Jordan Pepper, which had spun off in a collision, served to bunch the field up again.

Despite temperatures of more than 30 degrees in the shade, Weerts, who is the youngest driver in this year’s field, stood up to the enormous pressure and stayed ahead on the restart. He had a lead of almost 3.8 seconds at the finish line and secured his maiden victory in the Championship on his very first weekend. He also triumphed in the Pirelli Junior classification for young drivers.

Saturday’s winners Luca Stolz and Maro Engel had to content themselves with second place this time but lead the first standings of the season as they head home from the Lausitzring. After a night shift to repair their Porsche which had been badly damaged the previous day, Robert Renauer and Sven Müller showed their appreciation to the team by finishing third.

Michael Ammermüller and Christian Engelhart finished fourth in their SSR Performance 911 GT3 R. Coming home behind them in P5, were defending champions Patric Niederhauser and Kelvin van der Linde in their Rutronik Racing R8 LMS leading a trio of Audis across the line with the Montaplast by Land Motorsport car of Kim-Luis Schramm and Christopher Mies in sixth and the second WRT R8 of Rolf Ineichen and Mirko Bortolotti in seventh. Ineichen also won the Pirelli Trophy classification. 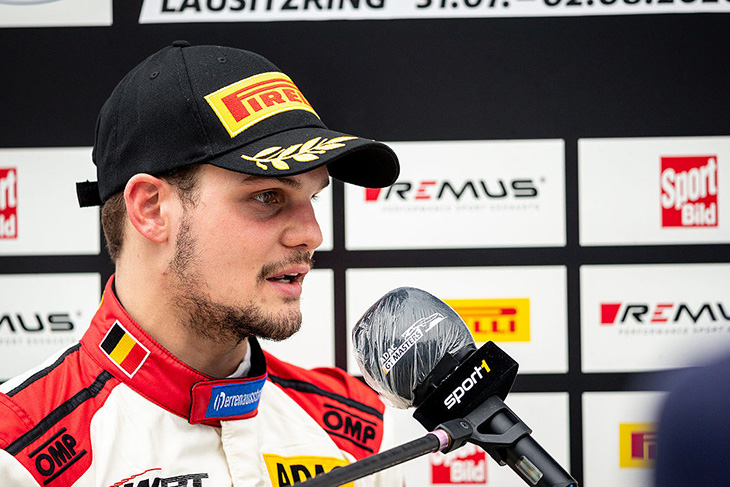 Dries Vanthoor (Team WRT, Audi R8 LMS): “The start was a bit difficult because the Porsche of Sven Müller came charging through from behind. But I got through the first corner well and retained the lead. I then started pushing and built up a gap to take into the driver changeover. Charles did a good job afterwards. Unfortunately, the safety car negated the big advantage, but afterwards, he was able to re-establish it again. We have shown that WRT is one of the best outfits in GT racing. The series is obviously new for the team, but they are all great people, and they’ve shown that again today.”

Charles Weerts (Team WRT, Audi R8 LMS): “Dries handed the car over to me with a nice lead. Unfortunately, the safety car came out and nullified it. That was a bit frustrating. But our car was extremely strong, and after the restart, I was able to pull away a bit. We already had high hopes after our good showing in the tests, but we never expected it to go so well right away.”