With an undisputed lights-to-flag victory, British driver Ben Tuck dominated proceedings in the inaugural race of the DTM Trophy at the Spa-Francorchamps circuit behind the wheel of the Walkenhorst Motorsport BMW M4. 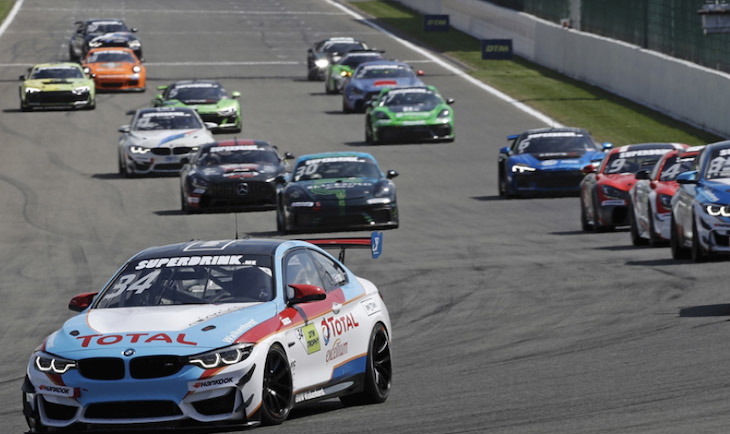 In excellent summer weather, the participants in the debut of the DTM Trophy shone with motorsport at its best at one of the world’s most famous race circuits. Ben Tuck started from pole position and made the most of his excellent situation: after the rolling start, he led the field into the hairpin at La Source. Behind him, meanwhile, there was turmoil: Heinemann dropped back to fourth behind Kisiel and Koebolt after a rather mediocre getaway. At the Kemmel straight, however, he moved back up into second as Kisiel briefly came off the track and then slightly tangled with Koebolt.

Out in front, Tuck dominated proceedings in a commanding way and was first across the line after twelve laps. Heinemann wasn’t in a position to mount a challenge for first place, but was rather happy with his second-place finish while Koebolt managed to bring third place home in spite of damage to his car following the collision. Jan Kisiel came fourth with the Leipert Motorsport Mercedes, Felix Hirsiger was the best-placed Junior driver, fifth overall with the Allied Racing Porsche.

Having already posted the fastest time in free practice on a drying track earlier in the morning, Walkenhorst Motorsport BMW driver Ben Tuck came out on top in qualifying with a fastest time of 2m31.823s around the 7.004 kilometres long Spa-Francorchamps circuit. He toppled Tim Heinemann, who had been on top of the timing screens for a long time with his HP Racing Mercedes-AMG. BMW and Mercedes drivers also shared the positions on the second row of the grid with Max Koebolt third-fastest in the other Walkenhorst M4 and Jan Kisiel fourth with his Leipert Motorsport-Mercedes. Fifth-fastest in the Allied Racing Porsche, Felix Hirsiger not only made it three different brands in the top five on the grid, but also was the fastest junior driver.

Ben Tuck, Walkenhorst Motorsport: “My team Walkenhorst has simply been doing a great job all day long. It was down to me to make the best out of it, which, thankfully, I did. At the beginning, I had a duel with Jan Kisiel that was a bit tricky. After that, it was all about keeping my opponents at bay. Thanks to the help I got from Jörg Müller, I managed t do so pretty well.”

Tim Heinemann, HP Racing International: “I am really happy. The top three was my goal. Yes, winning would have been nice, too, but I lost time at the beginning of the race and managing the tyres was a bit difficult today because of the heat. I didn’t have any chance of victory, so I am also happy with second pace. Thanks to the team of the DTM Trophy, from my point of view, the ‘balance of performance’ is successful. On top of that, my team gave me a good car.” 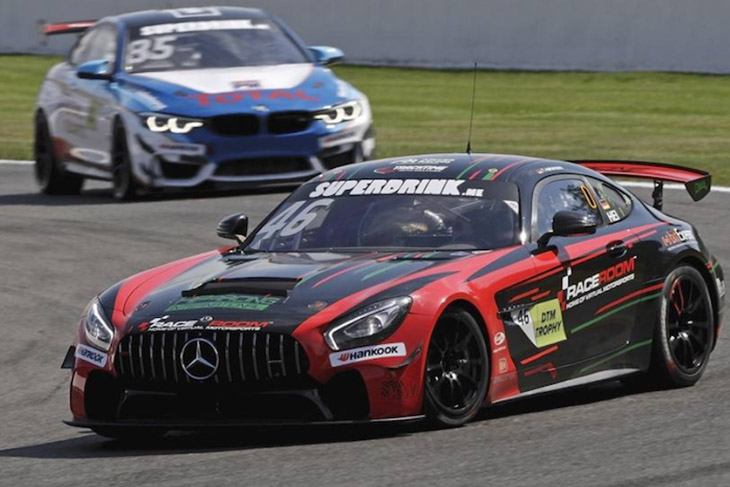 Max Koebolt, Walkenhorst Motorsport: “My start was good. At the top of ‘Raidillon’ there was some contact. After that, the car wasn’t perfect anymore. However, I was still able to follow the top guys quite well. All in all, it was great, I am already looking forward to tomorrow.”

The second race of the new DTM Trophy at the legendary Spa-Francorchamps circuit in the Belgian Ardennes showed racing at its best. British driver Ben Green, very disappointed after his retirement on the previous day, made up for it on Sunday by securing his maiden victory with the BMW M4 run by the FK Performance Motorsport team. 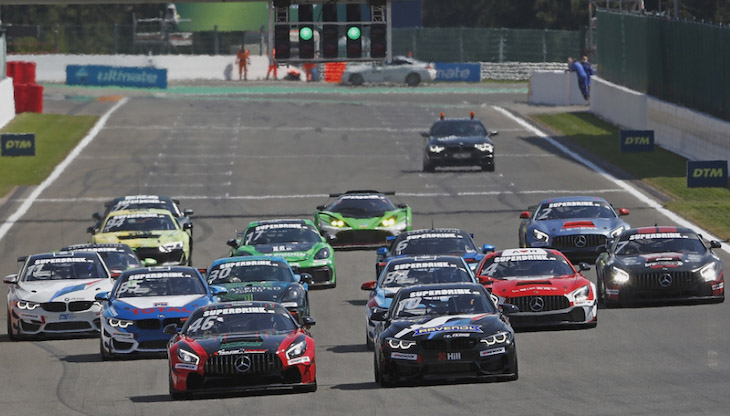 Tim Heinemann finished second once again, the German having started from pole position. After two of this season’s twelve races, the Mercedes-AMG driver of the HP Racing International team is now also leading the drivers’ standings. The driver in third place was a recidivist, too: Dutchman Max Koebolt with the Walkenhorst Motorsport BMW.

There was already turmoil even before the start as technical issues prevented Spaniard Marc de Fulgencio from taking his third place on the grid. He had to start the race from the pit lane as a result. At the rolling start, pole-sitter Tim Heinemann took the lead from a trio of BMW drivers with Ben Green, Max Koebolt and Ben Tuck. On lap two, the safety car was deployed after Dutchman Kelvin Snoeks had crashed his Racing One Audi into the barriers at Blanchimont.

Racing resumed on lap five. Initially, Heinemann was able to hold on to his lead, but later on the lap, he made a slight error that allowed the charging Ben Green to overtake. Green then drove an undisputed victory home while Heinemann secured second place for the second consecutive time. Third place went to Max Koebolt. For ex-DTM professional Peter Terting, who had also retired on the previous day, fourth place was a reward for a strong race performance. Further down the field, there were many entertaining position fights, too, among others for ninth to eleventh place with Marc de Fulgencio, Lucas Mauron and Jan Philipp Springob as well as for twelfth to 14th position featuring Rudolf Rhyn, Fidel Leib and Felix Von der Laden.

Ben Green, FK Performance Motorsport: “For me, today’s victory is a conciliatory end of the weekend and good preparation for the future, of course. Today, I had excellent grip at ‘Eau Rouge’ and ‘Blanchimont’ and was able to overtake Tim Heinemann as a result. He was super fair in the duel. That is exactly what racing should be like.”

Tim Heinemann, HP Racing International: “Of course, when starting from pole position, you also want to win. But I am super happy with second place. A pair of podium finishes in the first event of the season is a good result. In today’s race, Ben Green put me under a lot of pressure. At the restart, I held on to my position, but then I made a slight mistake and Ben was able to overtake. Still, I think it was fair and nice racing.”

Max Koebolt, Walkenhorst Motorsport: “The entire weekend was good for me. Today, I made the mistake of trying to save my tyres for too long. A big hand to the DTM Trophy team that has really established a great race series. The sprint races with one driver only are great. And, of course, being a part of the DTM weekend is the highlight.”