GT World Challenge Europe Powered by AWS’s Sprint Cup gets underway this weekend with a 23 car entry for the trio of races at Misano World Circuit Marco Simoncelli.

The 4.2km Misano circuit will host 3 x 1-hour races, the first of which will take place shortly before sunset on Saturday evening.

The expanded three-race format has been introduced following the reduction in Sprint Cup weekends from five to four, with added contests at Misano and the Circuit de Barcelona-Catalunya finale ensuring a complete complement of races.

Reigning teams’ champion AKKA ASP will once again count on Raffaele Marciello, who has recorded five victories and 10 podiums during the past two seasons. The 2018 Sprint Cup title-winner is joined in the #88 Mercedes-AMG GT3 this season by Timur Boguslavskiy, who earned his maiden Endurance podium last time out at Imola. 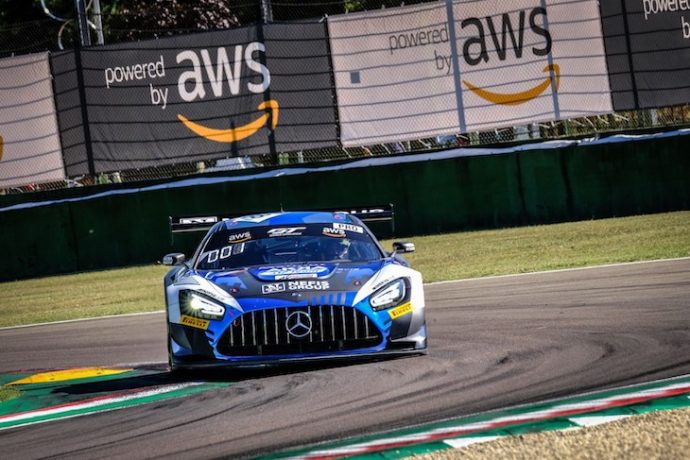 Having finished second in last year’s Sprint Cup standings, the #4 Mercedes-AMG duo, now under the banner of the new for 2020 Haupt Racing Team, of Maro Engel and Luca Stolz will be pushing hard to take the title honours.

WRT has enjoyed considerable success at Misano, taking main race honours in 2016, sweeping the weekend in 2018 and adding another victory last year. The most recent triumph came courtesy of Dries Vanthoor and Charles Weerts, who are set to join forces for the full 2020 campaign in the #32 Audi R8 LMS. WRT will also field its #31 machine for Japanese racer Ryuichiro Tomita and Kelvin van der Linde, the latter having secured a maiden Endurance Cup triumph at Imola. 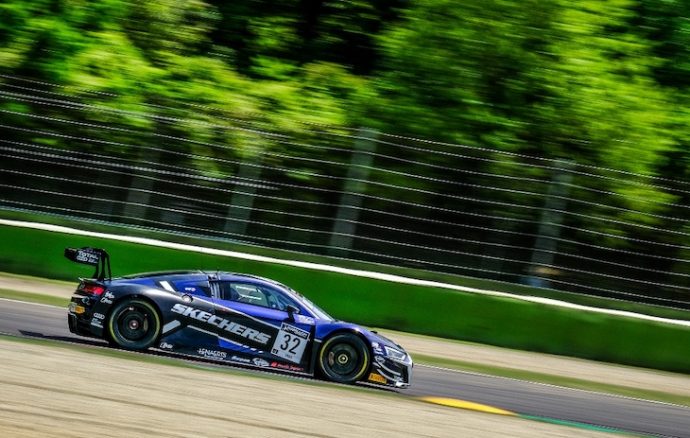 Attempto Racing is set to run a pair of Audi crews at Misano. Frederic Vervisch is paired with Nicolas Schöll in the #66 machine and will hope to maintain the pole-winning speed he showed at Imola, while local ace Mattia Drudi partners fellow countryman Tommaso Mosca in the #55 car. 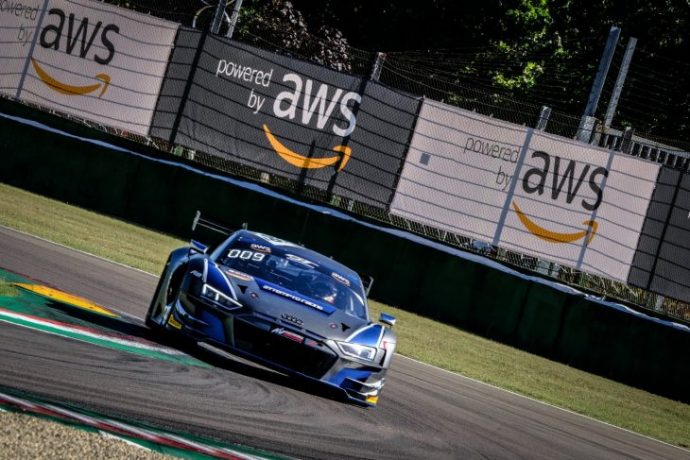 Sainteloc Racing will deploy Christopher Haase and Markus Winkelhock in the #25 R8 LMS. Though both are highly experienced, this will be the first time that the 2017 Total 24 Hours of Spa winners share a car in the Sprint Cup.

Lamborghini is represented by a pair of cars from series returnee Emil Frey Racing, whose #163 Huracan could be a leading contender with Alberto Costa and young talent Giacomo Altoè at the wheel. In the #14 machine, Mikäel Grenier will compete alongside Norbert Siedler, who took qualifying and main race honours in 2015 as part of the Rinaldi Racing squad.

Bentley has expanded its customer roster this year, ensuring that the brand is represented by a full-pro Sprint Cup effort for the first time since 2017. French outfit CMR will field the #107 Continental GT3 for factory ace Jules Gounon and the experienced Nelson Panciatici, forming an all-French effort that should be an immediate contender.

A further eight cars will compete for Silver Cup honours while also gunning for a spot at the top of the overall order. In the Mercedes-AMG camp, back-to-back class champion AKKA ASP pairs young Chilean racer Benjamin Hites with the established Jim Pla. Madpanda Motorsport will also field an AMG GT3, with team principal Ezequiel Perez Companc set to lead the driver line-up, while TokSport WRT joins the series with two cars. Oscar Tunjo and Juuso Puhakka will handle the #2 machine, while Kris Heidorn and Robin Rogalski will team up in the #6. 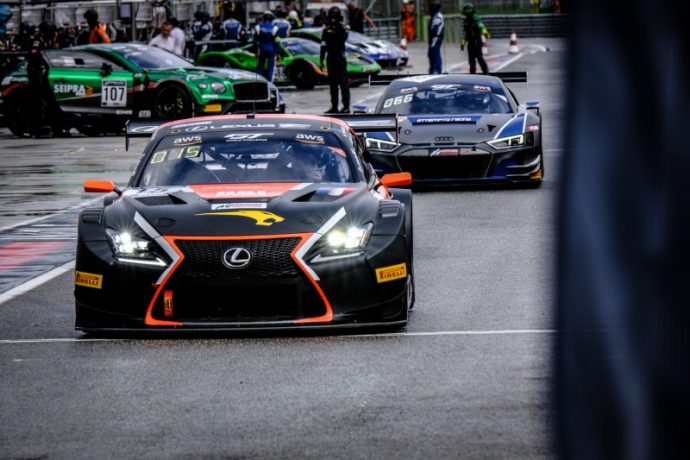 Tech 1 Racing showed excellent pace at Imola, with its #15 Lexus fighting for the overall top-10 amid a 46-car field. Reigning class champion Thomas Neubauer is a new addition to the team, where he will compete alongside fellow countryman Aurelien Panis. CMR also has an all-French line-up in its Silver class Bentley, with Pierre-Alexandre Jean sharing the #108 Continental GT3 with Hugo Chevalier. In the Audi camp, Sainteloc Racing will field overall race winner Simon Gachet alongside Steven Palette, while Belgian Audi Club Team WRT will run brothers Hamza and Jusuf Owega in the #33 machine.

A quintet of Pro-Am runners will compete the Misano grid. A pair of Ferrari 488 GT3s are set to line up at the Italian venue, with the longstanding AF Corse duo of Louis Machiels and Andrea Bertolini sharing the #52 machine. The sister Sky Tempesta Racing car of Chris Froggatt and Eddie Cheever III will be aiming high at Misano, having taken class pole and a runner-up finish at Imola. 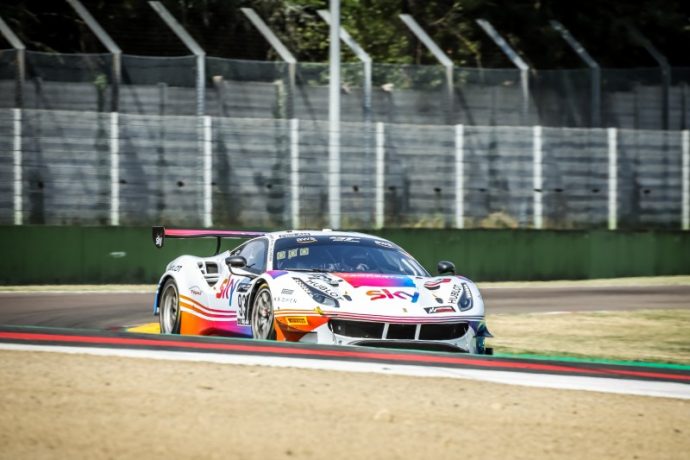 The Italian machines will be joined by three Mercedes-AMG entrants. Having clinched last year’s Pro-Am crown in an FFF-run Lamborghini, Phil Keen will look to add another title at the wheel of an AMG GT3 for ERC Sport, sharing with experienced gentleman driver Lee Mowle. At SPS Automotive, Valentin Pierburg will join 2016 Blancpain GT Series champion Dominik Baumann in the #20 machine, while a second entry will see Christian Hook and Tom Onslow-Cole competing in the #44 car.

With three qualifying sessions and three races on the schedule, the Misano weekend will be busier than ever for GT World Challenge Europe Powered by AWS competitors. It also means a tweak to the format: in each crew, the nominated ‘Driver 1’ will tackle qualifying 1 and 3, while also starting the corresponding races. ‘Driver 2’ will handle the other qualifying session and start race two. At the Circuit de Barcelona finale, their roles will be reversed to ensure that each driver contests five qualifying sessions and starts five races this term.

Friday sees a pair of 80-minute free practise sessions at 13.10 and 18.35, while an additional pre-qualifying session will run on Saturday morning, also lasting for 80 minutes.

The serious business begins at 13.20 on Saturday afternoon when a pair of qualifying sessions will run back-to-back. These will set the grid for the opening two races, the first of which begins at 19.15 and concludes just as the sun sets over the Misano venue.

At 09.00 on Sunday another qualifying session will run, establishing the grid for the weekend’s third race. Race two gets underway at 11.15, while the final contest starts at 15.00.