The Le Mans Bugatti circuit in France welcomed no fewer than 27 Ligier JS2 Rs for the first round of the Ligier JS Cup France 2020 with a familiar name claiming the pole and race win double.

Newcomer team Mathias Beche Performance took the pole with the team principal at the wheel of their #15 JS2 R whilst Beche combined beautifully with team-mate Romain Carton to take the win in the six hour enduro. 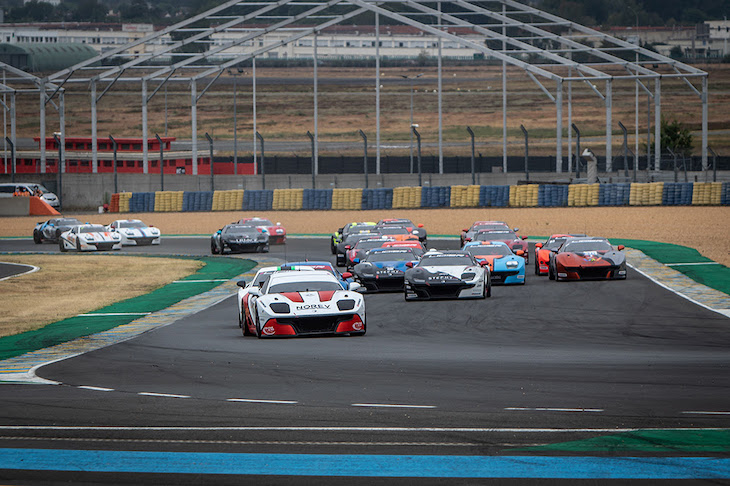 “I was immediately attracted by the format of the races of the Ligier JS Cup France, the track time, the pleasure of driving the Ligier JS2 R, and the price,” explained Beche.

The #15 effort took the lead and the win thanks to an off-kilter strategy and final driver change 40 minutes from the end. It took the chequered flag in first place. “We chose the right strategy and that combined with our speed on the track meant that we finished comfortably ahead of our rivals,” explained Mathias. Romain Carton’s first weekend was a big success: “I like the car very much. It really highlights everyone’s driving skills. The race format is very interesting as it gives you a lot of running time. I’m very motivated to chalk up more victories!”

Ronald Basso, Olivier Pernaut and Nicolas Prost (ironically an ex LMP1 team-mate of Beche!) in #92 entered by Orhès Racing put on a mind-blowing final stint and fought their way up from sixth to second place at the finish. “We didn’t have much luck with the safety cars ,” explained Nicolas. “And the Ligier JS2 R run by Mathias Beche Performance was very quick. But we made a great comeback in the last stint. The car’s really very engaging and fun to drive”. “It was a super experience at the wheel of the Ligier JS2 R, which I really got to grips with this weekend,” added Ronald. “The Orhès technical team did a marvellous job to help us improve on the track with, in particular, a lot of work on the data with the engineer. It was a real pleasure to be back on the circuit in these conditions”. “Our second place shows that we’ve got what it takes to win, and we’re going to do our utmost to achieve this,’” summed up Pernaut. 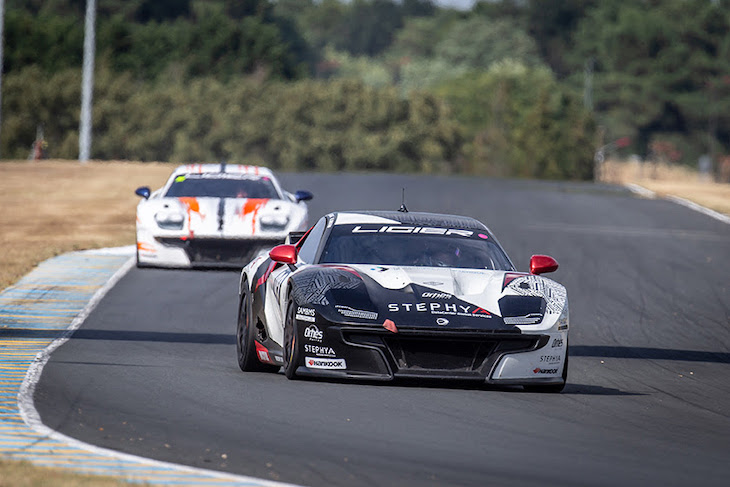 #28 run by FIT ITBC Defi Performance for Vincent Capillaire and Emmanuel Orgeval, who were among the front-runners throughout the race, grabbed third place at the last moment following a problem on #93 run by No Limit Racing. “I was originally supposed to drive with Franck Dezoteux,” said Vincent. “But finally, he wasn’t able to take part in the race. But he’ll be back soon! Emmanuel replaced him. It was a race full of twists with several safety cars which opened up a whole range of possibilities. Thanks to a good pace in the race and a good strategy we were able to finish on the podium.”

The #25 SPI Ligier JS2 R of Alain Ferté, Philippe Illiano, and Ander Vilarino finished just shy of the podium in front of #48 run by MT Racing and #93 entered by No Limit Racing for Raphaël Descamps and Nicolas Ciamin.

The second round of the season will take place on the Magny-Cours circuit on 21-23 August.