The 2020 International GT Open kicked-off officially at the Hungaroring on Friday, with the free practice sessions of the season-opener, in a very warm Friday in the hills of Mogyoród. Eighteen cars took to the track, with the sole absence of the third Teo Martín Motorsport McLaren.

The HTP Winward Motorsport Mercedes AMG of Nico Bastian-Markus Sattler finished the day at the top of the combined results, a 1.42.587 posted in the morning session, which was cooler and saw the best lap times. 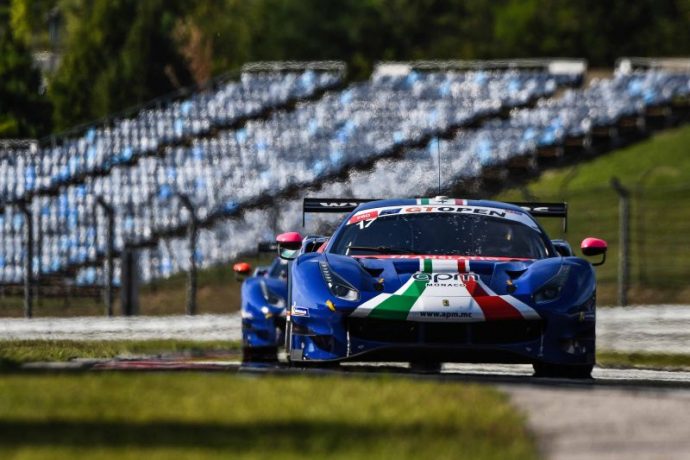 That beat the AF Corse by ACM Ferrari of Louis Prette-Vincent Abril by a mere 0s118, with the GetSpeed Mercedes of Fabian Schiller-‘Max’ a close third (–0s123) and first in the Pro-Am class. Fourth was the TF Sport Aston Martin Vantage of Salih Yoluc-Charlie Eastwood, 0s281 behind, which was the fastest car in session 2. Followed the two TMM McLarens of Ramos-Chaves and Hahn-Khodair and the debuting JP Motorsport Mercedes of Krupinski-Klien. 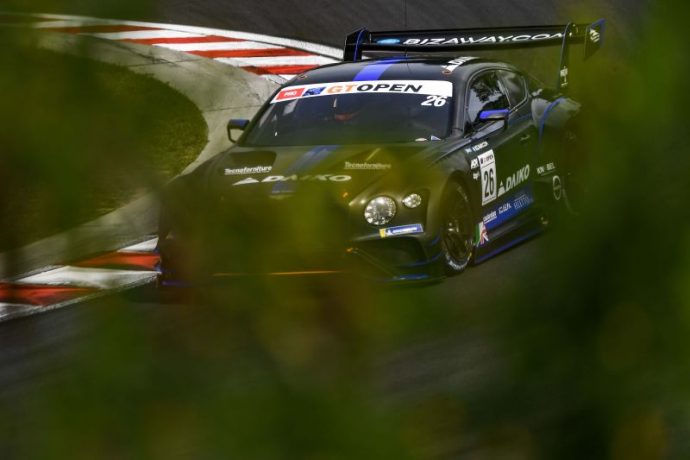 The first of the debuting Bentley Continentals of Lazarus Racing was 11th-fastest, with Crestani-Mettler. There were two scary moments during the day as the AKM Motorsport Mercedes of Alex Moiseev hit the wall in the morning, having to call it a day, and the Olimp Racing Mercedes of Marcin Jedlinski suffered a similar misfortune in the afternoon, with the Polish driver being taken to the medical centre for checks. Both teams were trying to repair the cars for tomorrow’s qualifying and Race 1.