Wayne Boyd made is session topping performances in both the ELMS and Michelin Le Mans Cup on Friday with top time in the first Free Practice session with 22 cars on track, the #55 Rinaldi Duqueine a no-show here.

Boyd’s 2:14.448 in the #23 Ligier he shares with John Shauerman was three tenths clear of Laurents Hörr’s best shot in the #3 DKR Engineering D08 with another Duqueine, the #66 Rinaldi car of Dominik Schwager third fastest, just a hundredth off the DKR machine.

Colin Noble made it three Duqueines in the top four in the #7 Nielsen Racing car. 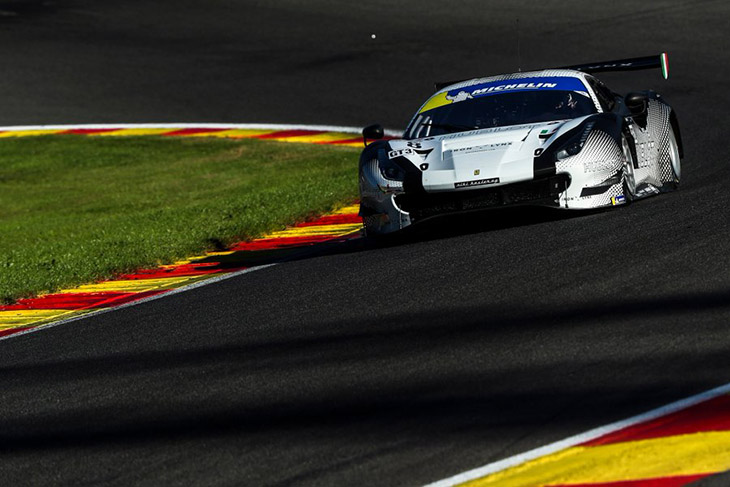 In GT Giacamo Piccini topped the times with a #2:20.455 in the #8 Iron Lynx Ferrari, a quarter second clergies of his big brother Andrea in the sister #77 car.

David Perel rounded out the top three in the #74 Kessel 488.

After heading up the timesheet at the end of Free Practice 1 this morning, United Autosports were once again on top in the second and final practice session for Round 2 of the 2020 Michelin Le Mans Cup at Spa-Francorchamps. 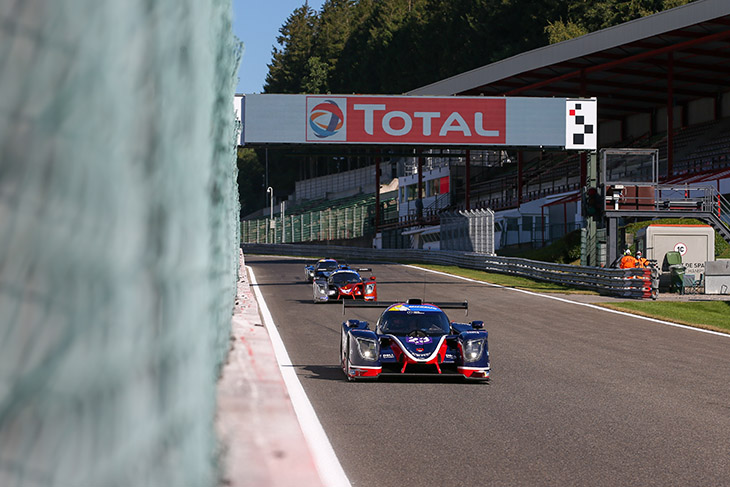 This time though it was the #23 United Autosports Ligier which was the fastest car in the 60-minute session with a best time of 2:15.659 set by Andy Meyrick at the end of the session. The #98 Motorsport98 Ligier was pushed down to second spot by just over a tenth of a second, the Belgian teams’ best effort of 2:15.779 set by Dino Lunardi.

The #3 DKR Engineering Duqueine M30 was third fastest ahead of the #37 Cool Racing Ligier.
However, the best FP2 times were one second slower than the earlier session, with Wayne Boyd’s 2m14.448 lap the fastest of the day.

The #8 Iron Lynx Ferrari 488 GT3 of Giacomo Piccini and Rino Mastronardi was the fastest of the GT3 runners for the second time today with Piccini posting the best time of the day of 2m20.135, three tenths quicker than Mastronardi’s fastest time from FP1.

The #50 Kessel Racing Ferrari was second quickest with Oli Hancock posting a 2:20.946 lap, half a second ahead of the #9 Iron Lynx Ferrari of Michelle Gatting and Deborah Mayer.

Qualifying for Round 2 of the 2020 Michelin Le Mans Cup at Spa-Francorchamps will take place at 12h15 on Saturday, starting with GT3, followed by LMP3 at 12h40.