It was a double, double from United Autosports with a late effort for Job van Uitert securing a one-two on the grid for tomorrow’s 4 Hours of Spa Francorchamps as he put the #32 ORECA second on the grid to team-mate Filipe Albuquerque who had already gone quick enough to top the times but edged further away in defence of his pole in the dying moments of the session, the eventual mark a 2:03.286, just over half a second clear of van Uitert.

The session had been led earlier on by Mikkel Jensen in the #26 Aurus for G-Drive Racing, the effort of the United pair though would see the Russian-flagged car complete the session in third, just ahead of the #30 Duqueine Team Oreca in the hands of Konstantin Tereschenko.

Wayne Boyd continued his stellar form aboard the #2 United Autosports Ligier JS P320 with a dominant LMP3 pole, 2:12.634 almost 9 tenths clear of Laurents Hörr’s best effort in the DKR Duqueine with a quartet of Ligier next up. 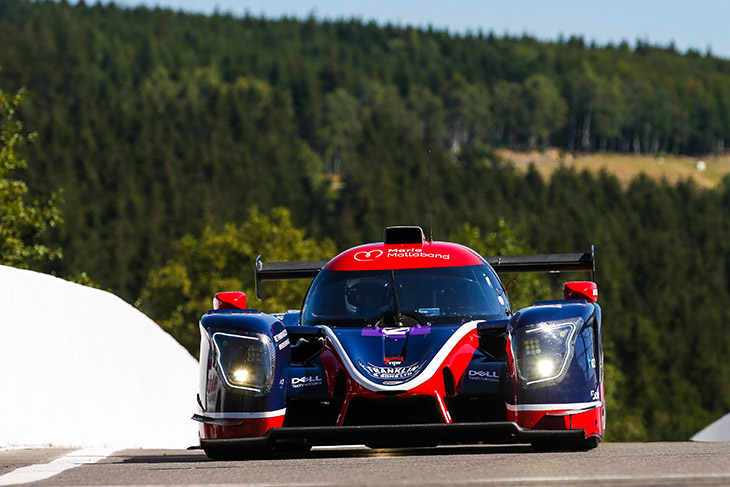 That group was led by David Droux’s #8 RealTeam JS P320, then Duncan Tappy in the #3 United car, Malthe Jakobsen in the #15 RLS machine and Niko Kari in the #11 EuroInternational Ligier, the #11 having stopped briefly on its out lap – all of those though were more than 1.5 seconds off pole position! 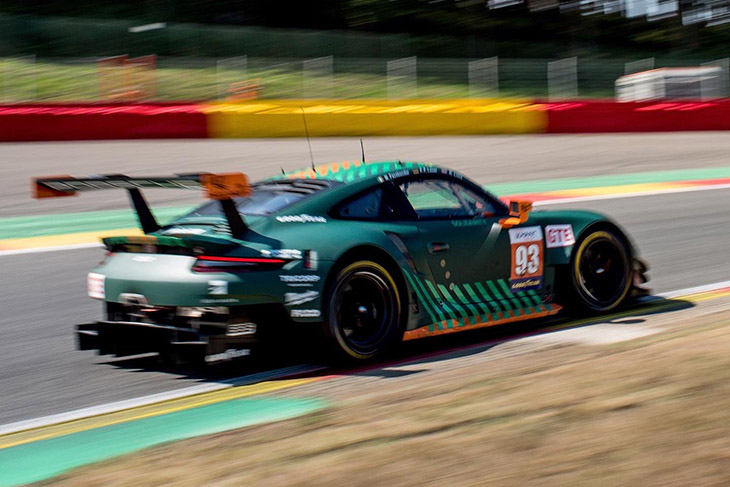 Lietz ran the car unencumbered by success ballast after the misfortune that hit the crew at Paul Ricard, Proton opting to run two sets of new Goodyears.

The Austrian took top spot early and lost it only for a few moments, Augusto Farfus briefly topping the times on his debut in the #98 Aston Martin before losing the lap to a track limits violation. He would recover in the remaining time only to fourth, Lietz back to the top with his initial 2:17.776. That will put Michael Fassbender in the driving seat to start from class pole tomorrow!

David Perel looked to be a threat too but his attack was blunted after the #74 Kessel Ferrari required a replacement rear wing, the crew failing to make the change in time to get the car back out for another crack at the pole, his early session effort though would be good enough for second on the class starting grid, Andrea Piccini unable to close the gap on a scorching day at Spa.

The #62 Red River Sport Ferrari meanwhile is a withdrawal this weekend, a knock-on effect of the decision by the UK Government to impose quarantine measures on travellers from Belgium on Thursday, Bon Grimes opting to leave no doubt that he would observe the regulations to the letter.