With the GT4 European Series now underway again this weekend in Italy, another big chunk of sportscar and GT racing has returned to the circuits after a very much delayed start.

Whilst the Series has been hit hard, as with many others, by the COVID-19 crisis, there are some real positive stories emerging too.

One of those is an influx of new drivers, of which new V8 Racing signing Thijmen Nabuurs seemingly leads the pack.

You are 23 years old and have only been racing for a little over a year. Your path into racing seems different than most?

I got my start quite late, only participating in my first Dutch national Ford Fiesta events late 2018. For most of my life, I mostly focussed on soccer and only drove karts with friends as a hobby before deciding with my family to really have a go racing karts. I made my debut when I was 16 and four years later I became a Dutch national karting champion and then my family gave me the opportunity to sample actual car racing. A year later I narrowly missed out on winning the title in the Supersport Division of the Supercar Challenge, driving a Seat Leon TCR.

Stepping up to international GT racing is quite the move. What was the deciding factor in switching from a touring car to a GT?

With me starting racing quite late, the GT category, and longer distance races, in general, are the best path for me to follow. But in addition to that, I think this form of motorsport is incredible. It has so many layers, cool cars, teamwork with the other driver, with the entire team during pitstops and in strategy. Plus there is a way to progress and build a career within GT racing in a way that is not available in single-seaters.

You will be competing in the GT4 Euroseries with V8 Racing and have been testing the Camaro GT4.R ahead of the season opener. How are you feeling?

I am very happy where I am. The Camaro is an amazing car. When you first look at it, it is just a massive beast that breathes horsepower but I have been amazed at the grip levels the car has. It may be an American muscle car but it is incredible in the corners. The V8 Racing team has been around and seen success for so long that it was obvious that this was the place for me. They have the kit, the car and the people to make this season a good one. 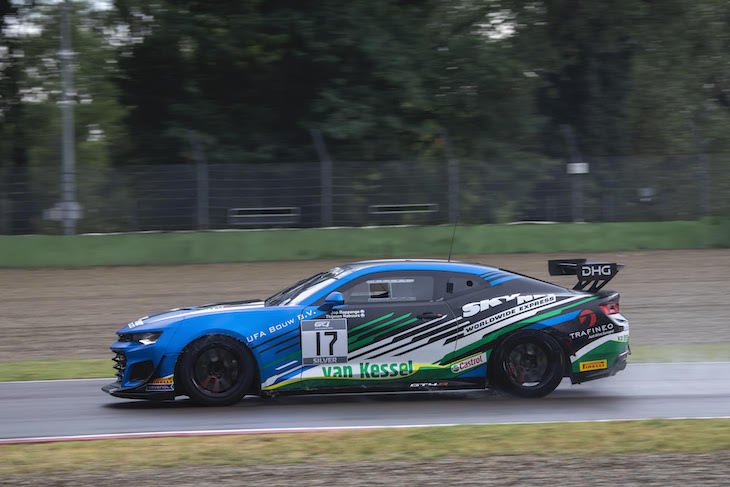 Speaking of this season, you are sharing the Camaro with Jop Rappange. What is your goal for 2020?

I think my initial goal has to be to work hard, learn a lot and continuously improve within the championship. If I do that, I think I can show myself and I believe we should be competitive this year. It has been difficult to gauge where we are pace-wise since there has been very little opportunity to measure ourselves with other teams and cars so Imola will be very interesting.

And longer-term, what is your aim?

In the end, I want to move up the racing ladder, prove myself and hopefully carve out a racing career. But there are plenty of steps we have to take along the way and I am just looking forward, especially starting at Imola and Misano, two iconic tracks to start the season at.