The introduction of the Full Course Yellow (FCY) protocol into the Autobacs Super GT Series will be delayed until the start of the 2021 season, said GT Association (GTA) Chairman Masaaki Bandoh in Sunday’s pre-race press conference.

“The FCY system is linked to the Lumirank position display system, but we have decided not to use the FCY system for this season’s races, including this one,” said Chairman Bandoh on Sunday. “However, our policy of introducing the FCY has not changed and we aim to start using it next year. Therefore, we plan to test the operation of the FCY in the official practice of the third round at Suzuka Circuit, which will require additional antennas.”

The GTA initially tested EM Motorsport’s FCY solution in the pre-season tests at Okayama International Circuit in March, and Fuji Speedway in June, but encountered technical difficulties and was not used in the first round of the season on 19 July. On Sunday, it was confirmed that there will be another test of the system at Suzuka Circuit on 23 August, but that its implementation will be officially delayed until next season.

GTA Race Director, the former driver Naoki Hattori, went into further detail with the issues implementing FCY in an interview with auto sport Magazine of Japan.

The GTA currently has to use Wi-Fi to transmit instructions from race control, because Japan’s radio law prohibits them from using radio waves to send transmissions. When testing the system in the off-season, there was a significant amount of lag which resulted in some cars not receiving the proper countdown from 10 before the FCY is activated. Japan’s radio law is a huge barrier for domestic championships such as Super GT – because of this, the series has been unable to transmit live onboard footage during race broadcasts – but international series like Formula 1 and the WEC have agreements with the respective ministries that exempt them from this law.

If they can solve this problem during the subsequent tests, then the series can introduce FCY by 2021, said Hattori. 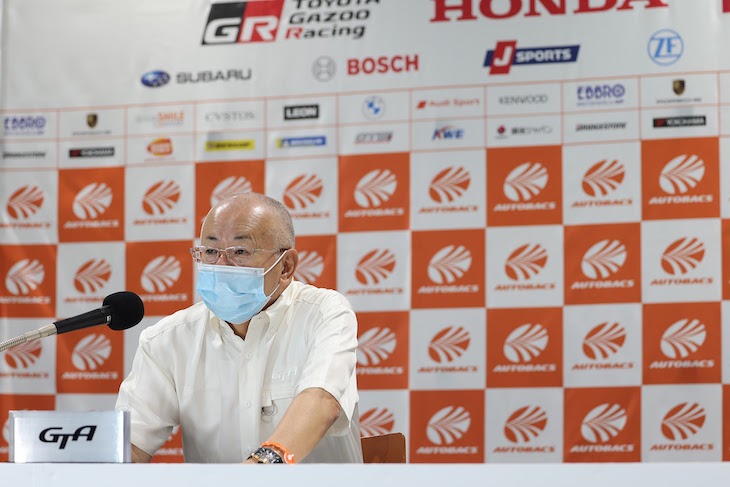 There were a number of other topics that were addressed in Sunday’s press conference, including the series’ progress in preventing the spread of the novel coronavirus pandemic.

“The first round was the first race to be held in the midst of the spread of the novel coronavirus, but thanks to the efforts of the entrants, organizers, officials, and the media who covered the race, we were able to welcome and finish the first round safely. It was a very good experience for us,” said Chairman Bandoh. “Of course, we had some things to reflect upon, but we took the proper measures and made sure that each team took even more thorough measures against the coronavirus.”

“All we can do is to continue to take measures to prevent the spread of infection under the guidelines that we have developed and are currently implementing,” said Chairman Bandoh. “For example, in order to prevent clusters of outbreaks, we currently ask the teams to keep their two drivers as separate as possible. The teams are asked to keep track of the activities of all staff over the three days of the race weekend so that they can report on them properly.”

“Each team is also required to submit a medical questionnaire to backup personnel who are not actually participating in the race, so that in the unlikely event of an outbreak, if the level of contact with the infected person is minimal, we can simply replace them with a backup person and the team can continue to compete.”

“Going forward, there is no change in our determination to do what we can do as best as we can, and with the intention of not letting any of our race participants become infected, we must continue to take strict measures against infectious diseases until the final race of the season on November 29th. In the future, we will also consider PCR testing for those involved.”

The GTA has a designated medical committee in Tokyo that can conduct PCR tests, and they want to establish a second base at Nagoya for the Suzuka round. If a driver or team member tests positive, they will conduct another test at a public health centre – and if that test comes back positive, they’ll ask each team member to get tested – and based on the results, a decision would then be made if they can participate in the following round.

Additionally, Chairman Bandoh has suspended the limit on reserve drivers for each team – normally, up to four drivers could be registered as reserves, however, with the ongoing situation where foreign drivers face limitations on entering Japan, the GTA is lifting that four-person limit for the time being.

Mie Prefecture, the state where Suzuka Circuit is located, declared a state of emergency in the wake of a rise in coronavirus cases. But Chairman Bandoh does not see a problem going forward with the third round of the championship at Suzuka on 22-23 August, so long as they continue to take the appropriate measures. 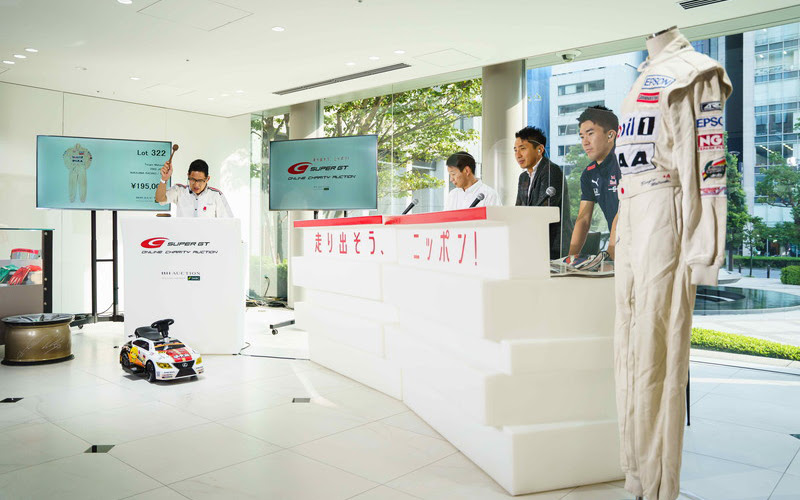 Super GT and BH Auction’s Online Charity Auction was held on 3 August, and successfully raised a total of 27.2 million yen to benefit healthcare workers in Japan. Items from champion drivers such as Tsugio Matsuda and Nobuteru Taniguchi were successfully auctioned off – and the top seller was a helmet and racing suit worn by Ukyo Katayama during the 1993 F1 season at Tyrrell, going for 3.5 million yen.

“As the representative of the GTA, I would like to thank all the racing drivers who helped make this charity auction possible, and I would also like to thank BH Auction for organizing this event. This charity auction lasted for 11 hours and was streamed online on YouTube, and although we were not showing any race footage, we had over 100,000 viewers throughout the day,” said Chairman Bandoh.

“I was impressed by the enthusiasm for this event, which made me think of Japanese motorsports as a great sport. I have been working for more than ten years to raise the awareness of motorsports and globalize our sport, but this auction has given me the opportunity to take another step forward,” he added.

Those steps forward will include making further progress in helping young Japanese drivers find success both domestically and internationally, says Chairman Bandoh, who remarked: “We’re on the verge of a generational shift. We need to continue to develop our drivers so that they can become major players in Japan and in international series. We need to continue to create a world where young people’s dreams and aspirations can come true, and we need to work to make motorsport a viable business.”

Two final notes – the GTA will crown a “Fuji Meister” to honour the team with the most points in the four rounds held at Fuji Speedway at the end of the season, and Takanoko Hotel, who sponsored the first two rounds at Fuji, will also sponsor the final round of the 2020 season on 28-29 November at Fuji.

Thanks to Jens (Twitter: @geinou) for translations and context.
Images courtesy of the GT Association