2018/19 Asian Le Mans Series Champions Car Guy are set to return to the Le Mans 24 Hours for a second consecutive year as the team’s drivers Takeshi Kimura and Kei Cozzolini are set to combine with an as-yet unannounced Pro Japanese driver in what is described by the team as an AF Corse/ MR Racing prepared Ferrari 488 GTE.

That seems to indicate that the team are set to race in the full season #70 FIA WEC car normally shared this season by Motoaki Ishikawa, Olivier Beretta and Cozzolino. Indeed the #70 has been withdrawn from this weekend’s 6 Hours of Spa with Ishikawa opting, for business reasons, not to travel from Japan. 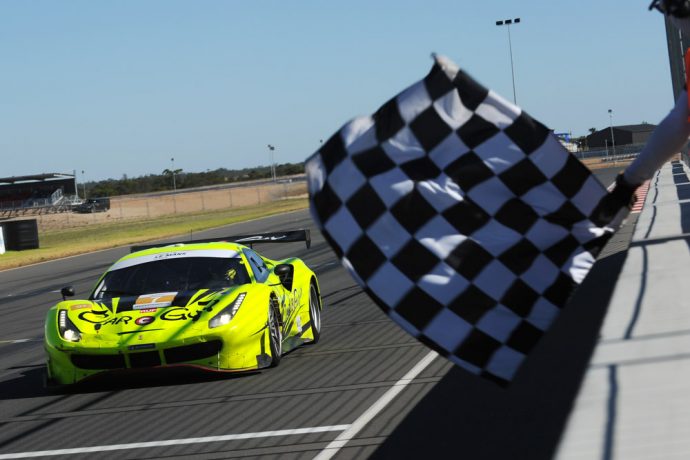 The entry comes after disappointment in the last season of the Asian Le Mans Series for the team who came in second in the GT cars standings to rivals HubAuto Corse who will take up their auto entry to Le Mans as winners of the Series.

Car Guy took a win at The Bend in South Australia and second place at the final round at Buriram Thailand en route to second in the standings.

Come Ledogar, who raced with the team in Asia, is set to race at Le Mans too, he is set to join another Asian Le Mans Series duo, Francesco Piovanetti and Ozz Negri in the #61 Luzich Racing entry