A new book cataloguing the Bathurst 12 Hour’s remarkable rise to prominence over a single decade as one of the most popular GT races on the global schedule is now available.

Produced by specialist Australian Motorsport book publishers V8 Sleuth, with words by long-time ‘voice’ of the race Richard Craill, ‘Going Global’ is a 320-page hardcover collectors book that documents each year of the race’s ‘GT’ era since 2011. 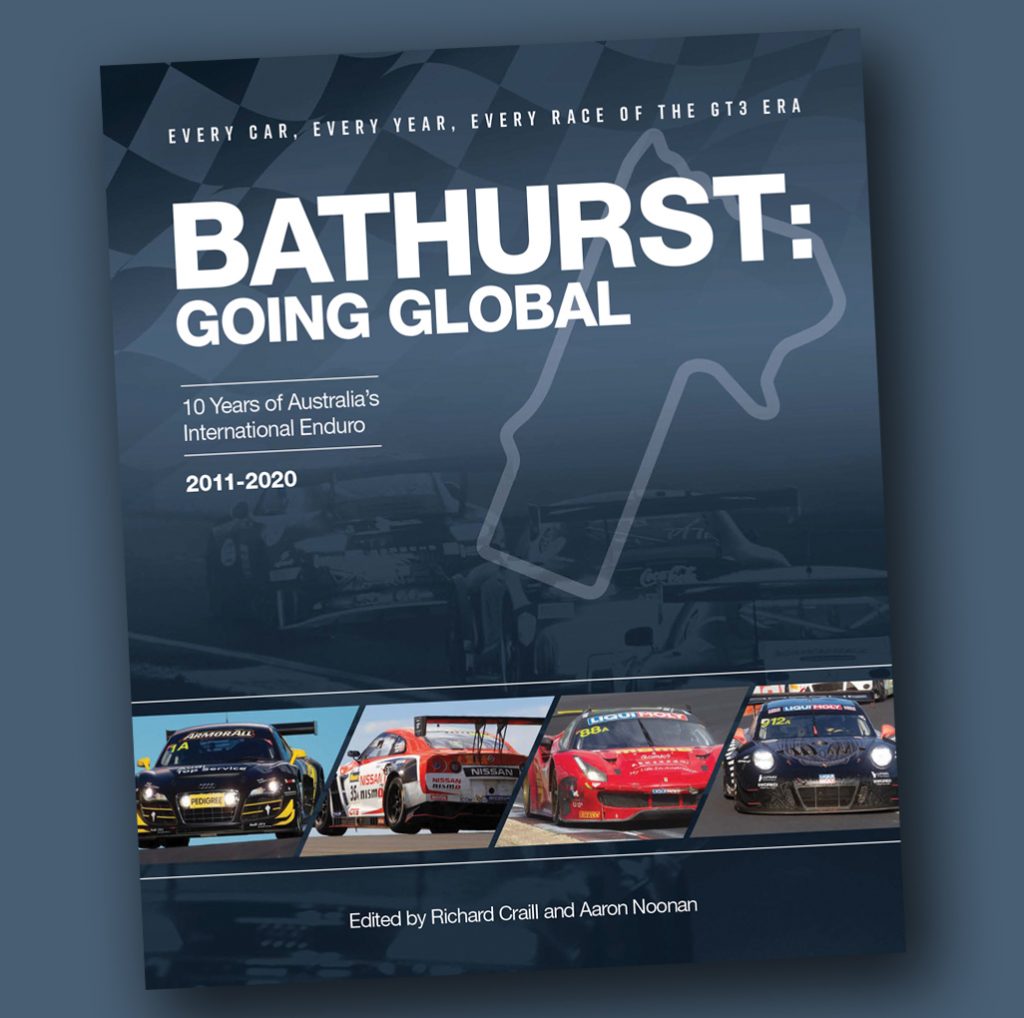 Every single car to participate in the race in that period is included, as well as those that didn’t make it to the start line! The car by car shots are presented in the order of how each finished in each year’s race with the full depth and breadth of the field on show across the pages. 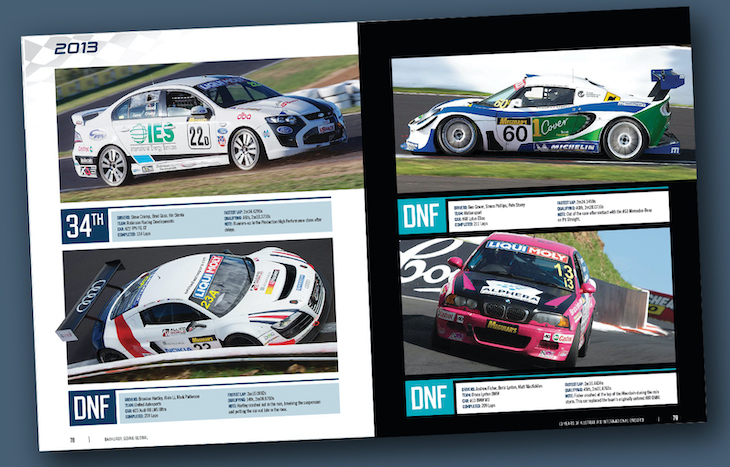 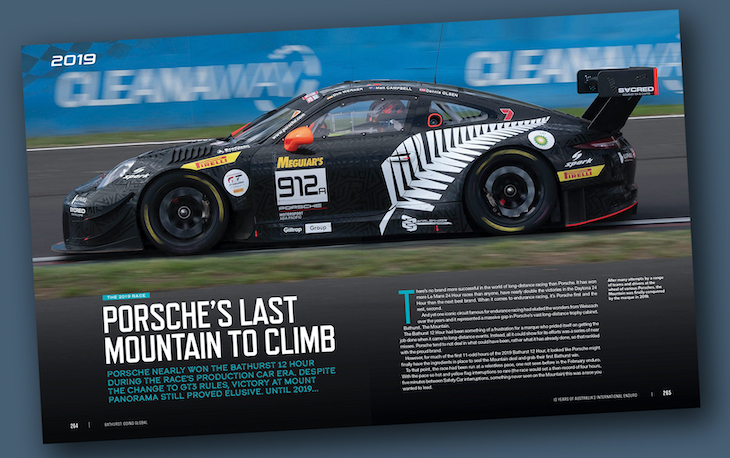 There are review chapters of each race from the past decade, chronicling the early era’s of Audi’s dominance, the break-out year of 2014 when Ferrari won for the first time, the charge of the Nissan a year later, the drama of the 2017 finish, Porsche’s breakthrough in 2019 and of course Bentley’s breakthrough this year and much more. 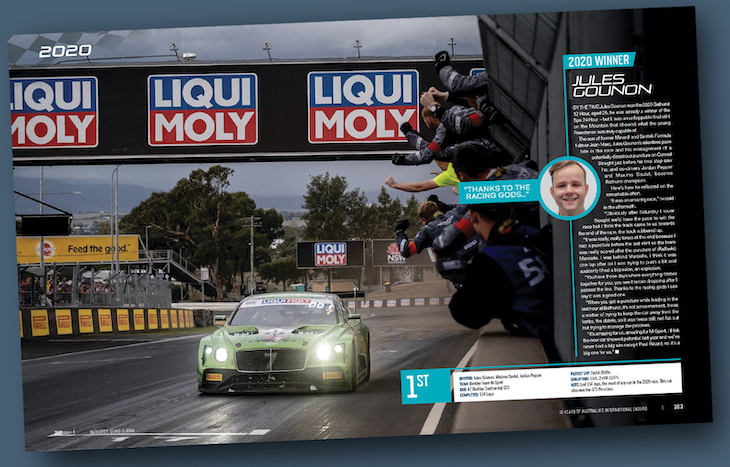 There’s also a special celebration of the Allan Simonsen Pole award and trophy and how it came to be, plus an in-depth breakdown of the dramatic events of the clash between the event and V8 Supercars in 2015 that led to the latter purchasing the event!

Full results, a stats breakdown and an index of every driver to have started the race are also included.

More than 600 images by ace photographers Dirk Klynsmith and Andrew Hall are spread throughout the 320 pages.

Proudly supported by RaceFuels and the National Motor Racing Museum at Mount Panorama, plus the V8 Sleuth and The Race Torque, Going Global retails for AUD$99.95 plus postage.

Pre-ordered copies are being delivered this week however the book is on sale now from the V8 Sleuth’s online bookshop here: HERE >>