Rebellion Racing took Pole position in a somewhat ill-disciplined qualifying at Spa Francorchamps with an array of laps lost in every class to track limits, which eventually saw both Gustavo Menezes and Norman Nato dip under two minutes to better the efforts of the #8 Toyota pairing of Brendon Hartley and Kazuki Nakajima, the Rebellion average of 1:59.577 over 8 tenths clear from the better of the two success handicap-hampered Hybrids.

The second Toyota would finish third in the order but again well down on time, over six tenths off its team car whilst the combined efforts of Oliver Webb and Tom Dillmann would eventually tough it out to complete the second row, overhauling the best of the LMP2s in the last minutes of the session. 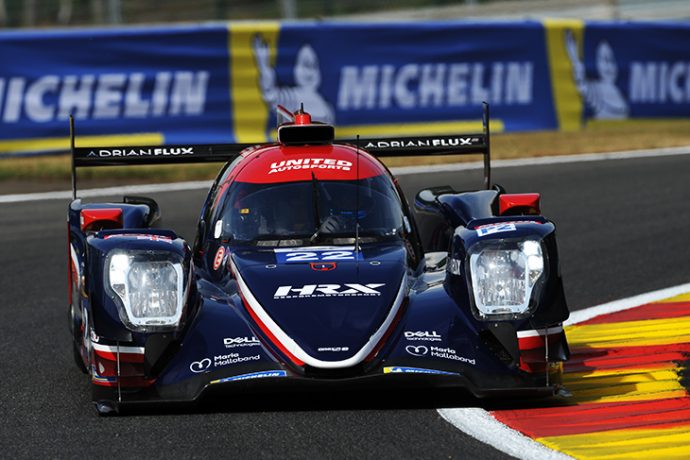 LMP2 would see yet another session of 2020 endurance competition led by United Autosports, Paul di Resta the only driver to post a P2 lap under 2:02 (2:01.888) with Phil Hanson sealing the deal to average out the effort at 2:02.148. That was good enough for a 1.5 second average gap to second fastest car the #38 Jota Oreca, the front row in the class featuring a car apiece on Michelin and Goodyear rubber.

Racing Team Nederland though will be very disappointed that they did not deliver on a good lap from Giedo van der Garde, Job van Uitert failing to post a flying lap in his part of the session, one of a number of drivers in every class to lose multiple laps.

That left the second row in LMP2 to the Cool Racing Oreca and the #37 Jackie Chan DC Racing car, Will Stevens backed up ably by Ryan Cullen who popped in a lap to secure the place after remarkably little time in the car after arriving as a late replacement for Gabriel Aubry.

That left the front row in the class as an all Aston Martin affair with the #97 of Maxime Martin and Alex Lynn edging out their team mates in the #95 car by an average of just 0.008 seconds. 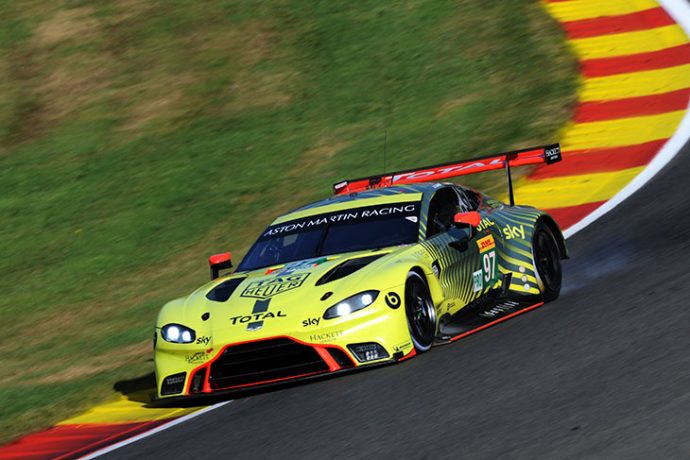 The fastest lap of the session went to Christensen with a 2:14.2 with Estre initially scored as having done enough to deal with the solid mid 2:14 laps posted by all four Aston Martin works drivers.

At the end of the session though the Porsche’s lap was shown as being under investigation, the provisional results now showing no lap time posted by Estre.

The #91 Porsche will start alongside the #71 Ferrari on the second starting row for the class. 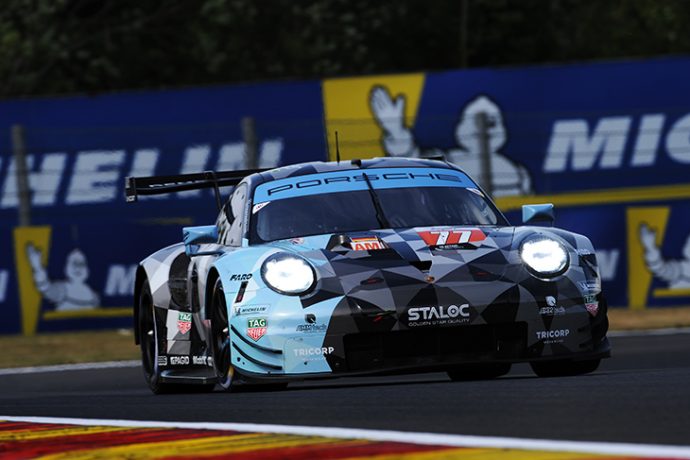 In GTE Am Matt Campbell made a mighty effort in the first part of the session to give Christian Ried a big margin to defend, the Aussie Porsche factory drivers time of 2:15.300 bettering the efforts of two of the GTE Pro factory drivers for Ferrari!

A great effort by Egidio Perfetti in the #56 Team Project One Porsche made a real fight of it but a rally from Christian Ried sealed it for the #77 Dempsey Proton 911 RSR by a tenth and a half.

The second Project One Porsche and the #98 Aston Martin complete the second row after Augusto Farfus posted a competitive time but Paul Dalla Lana was yet another driver to struggle with track limits, finally getting the job done at the last opportunity, as did Salih Yoluc in the #90 TF Sport Aston that would qualify sixth behind the #83 AF Corse Ferrari.