SPS automotive performance will field a Mercedes-AMG GT3 with Valentin Pierburg and Christian Hook in this weekend for round two of the International GT Open at Circuit Paul Ricard as a guest entry.

The Am class #20 Mercedes-AMG GT3 brings the team back to the GT Open once again, albeit not for a full-season effort, where Pierburg won the PRO-AM title in the Series in 2018.

SPS did originally plan to contest the full season again with the Mercedes-AMG GT3 this year. However, the team has had to change its plans due to global developments caused by the coronavirus (COVID-19). Unfortunately, this initially meant omitting the International GT Open from the 2020 motorsport schedule.

Madpanda Motorsport is seeking a replacement Silver driver for the remainder of the GT World Challenge Europe Powered by AWS Endurance Cup season, including the Total 24 Hours of Spa, with Jorge Cabezas, unfortunately, having to leave the team. 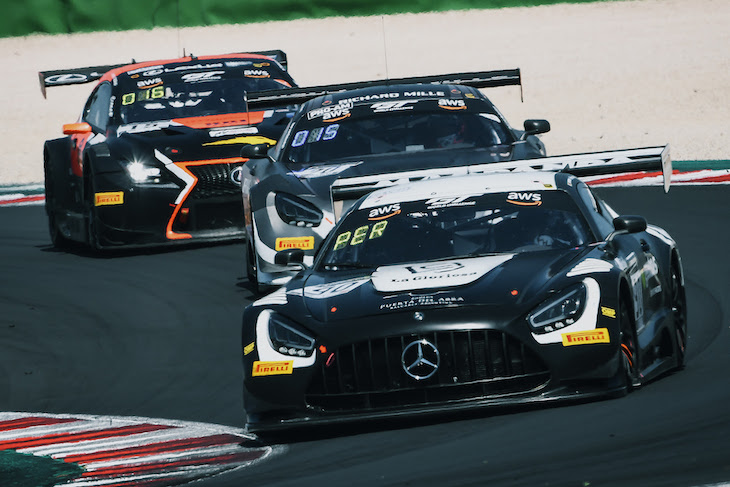 The seat includes 37 hours of racing between September and November, at the Nürburgring and Circuit Paul Ricard, as well as the Total 24 Hours of Spa.

Cabezas had a promising debut performance in the three-hour Endurance Cup opener at Imola in July, but he is unable to complete the season due to sponsorship reasons.

Since its debut race a little over three weeks ago, Madpanda Motorsport has already taken a win and a runner-up finish at Misano earlier this month. The team is currently leading the GT World Challenge Europe Silver teams’ championship, while team principal Ezequiel Companc leads the Silver drivers’ standings.

For more information about race opportunities with Madpanda Motorsport, contact Ezequiel Companc on epcompanc@madpandamotorsport.com or on WhatsApp at +54 9 11 3596 8090.

The GT World Challenge America race weekend on September 17/20 at Watkins Glen has been postponed to the 2021 season.

Replacing the date on the calendars for the lead event plus Pirelli GT4 America, TC America, and GT Sports Club America is a second visit to Circuit of the Americas.

“We remain committed to returning to Watkins Glen, a favourite venue for many of our drivers, teams, and staff,” said SRO Motorsports America president and CEO, Greg Gill.

“We’re thankful for our friends at Circuit of the Americas welcoming us back for a second time this season. Every week is a new challenge and we’re happy to have a quick solution to replace our rounds at Watkins Glen.”