For the 1982 ‘Art, as an illustration, illustration as art’ exhibition Fuchs decorated the bodywork of the BMW 635CSi. Ultimately the bodywork served as a screen upon which he was able to project his imagination. Fuchs described his work thus: 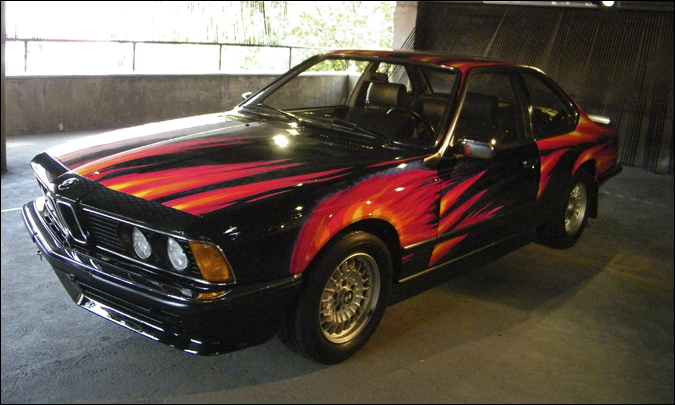 ‘When painting this car I was able to express a wide range of experiences, fears, desires and invocations, as well as aesthetic, artistic freedom’. ‘A rabbit can be seen running across the motorway at night and leaping over a burning car, a primal fear and a daring dream of defeating the dimensions within which we live. It tells me which colours to choose from. I read its lines, its shape and I can hear its call to speed. I see this beautiful rabbit jump through the flames of love, defeating fear itself…’

Dr Fuchs, it seems, was as mad as a box of frogs!

A second production car, and a second 635 CSi

‘Driveable museums would be great. This car is a dream come true for me, gushed Rauschenberg after the presentation of his Art Car in New York in 1986. This BMW 635CSi was the sixth Art Car, and the first to have its bodywork decorated with photographic material. 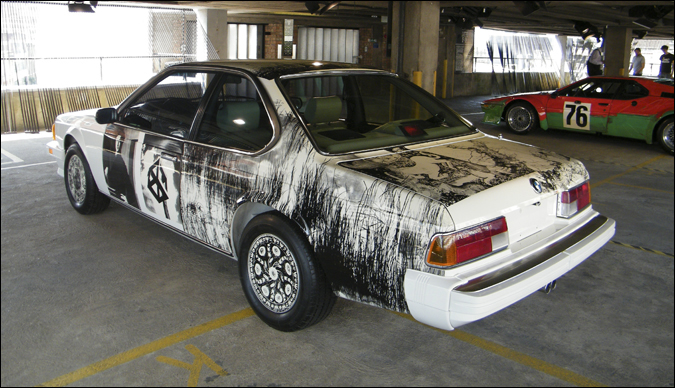 The right side bears the image of an Ingres painting. The left-hand side of the bodywork is adorned with one of Bronzino’s works, surrounded by Rauschenberg’s own pictures of swamp grass in the Everglades – the hub caps have been painted with images of ancient decorative plates. 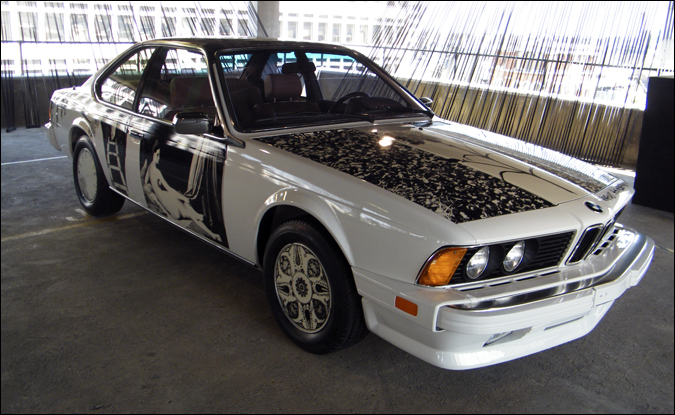 Rauschenberg must have been pleased with the results as he used the motifs on this Art Car for a subsequent work of art a couple of years later. 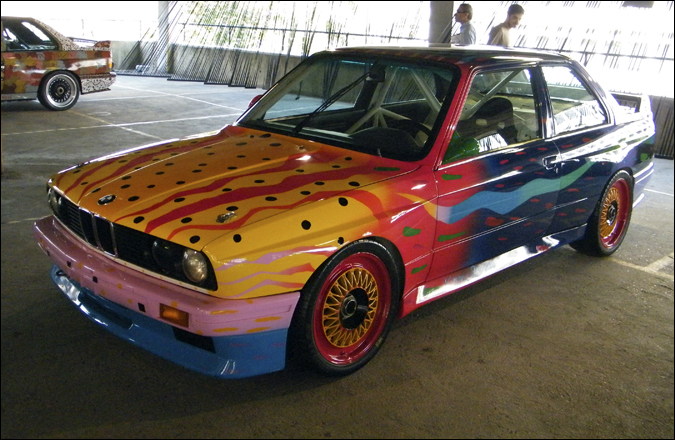 Anyone looking for visual similarities though will do so in vain, as these contradictory models are representations of the two main antithetic cultures of the Australian continent.

As with the rest of his artwork, Done was not mean with his use of colours on this Art Car. The bright colours and powerful brush strokes are symbolic of modern Australia with its sunny beaches and semi-tropical landscapes. 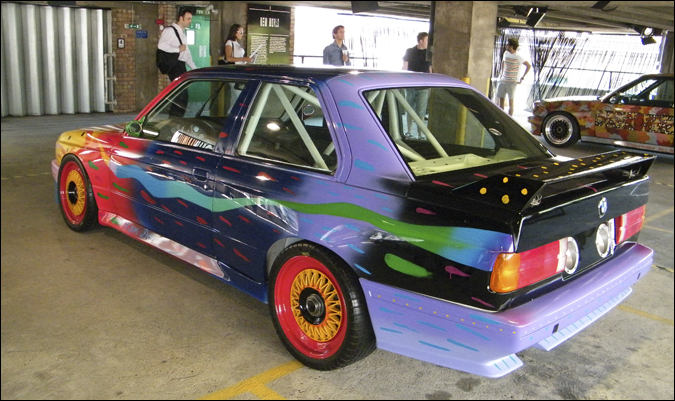 All these impressions of life and joy are embodied by Art Car 7. The bodywork is emblazoned with an abstract portrayal of parrots and parrotfish. What do these animals symbolise? Explaining his creation, Done explained his work as follows: ‘Both are beautiful and move at fantastic speeds. I wanted to express this with the BMW Art Car’.

Who says artists can’t be corporate!! 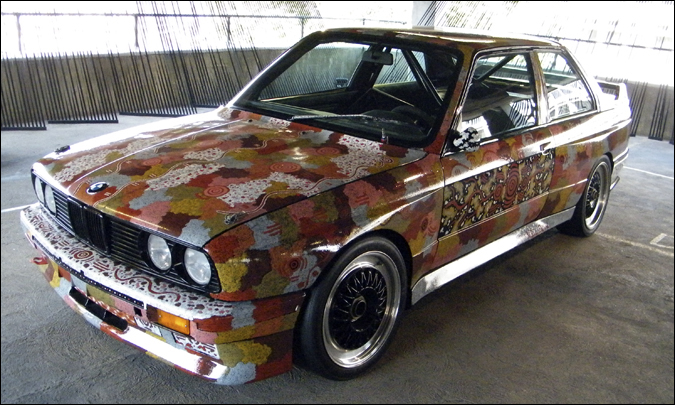 Nelson learned this ancient method of painting from his grandfather and was awarded the national prize for aboriginal art. 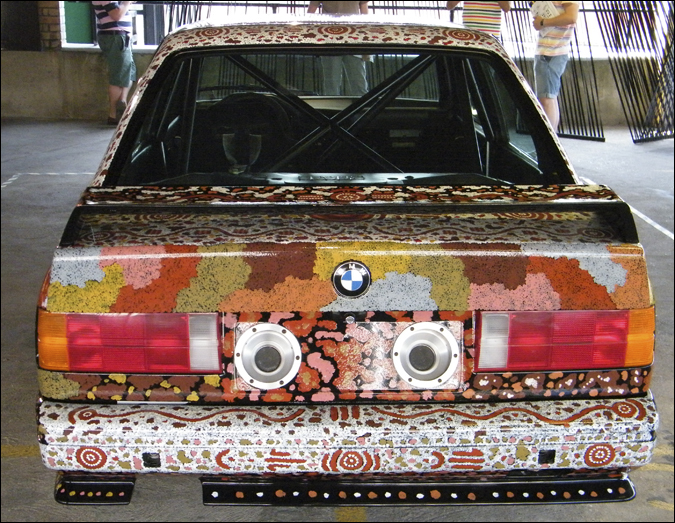 Papunya artists paint traditional sand picture shapes and forms on canvases; in this case onto the bodywork of a BMW M3. The seemingly abstract, mosaic-like Papunya paintings symbolise landscapes and animals.

This was the era of the BMW M3, a roaring success in Touring Car racing and a hot favourite with petrolheads the world over too!