TF Sport and Salih Yoluc’s return to the International GT Open was crowned with success as the British squad and their Turkish driver, now racing with Irish Aston Martin Factory GT Driver Charlie Eastwood, took a clear win at the wheel of their Aston Martin Vantage GT3 in Saturday’s Race 1 at Paul Ricard, on a very hot afternoon in Southern France.

TF Sport and Yoluc took two overall race wins (Silverstone and Monza) when they last campaigned the series full-season in 2016. 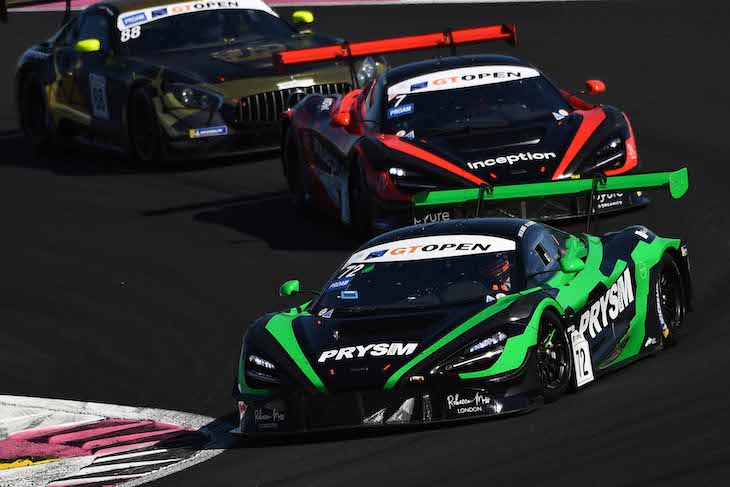 They beat another British car-team combination, the Optimum Motorsport McLaren of Joe Osborne, debuting in the series, and Nick Moss, who drove a great race at the wheel of their McLaren 720S GT3 and secured Pro-Am top honours. In third, another McLaren, the Teo Martín Motorsport machine of Miguel Ramos-Henrique Chaves, with the Portuguese duo keeping the lead in the overall standings, but now tied at 30 points with Eastwood-Yoluc.

Florian Scholze and Jens Liebhauser continued their triumphant march in the Am class, with a third consecutive success at the wheel of their GetSpeed Mercedes, beating Niki Leutwiler (PZ Oberer Zürichsee Porsche) and Alex Moiseev-Alexey Nesov (AKM Mercedes).

The start always lively at Ricard, but Charlie Eastwood, who had managed to put the TF Sport Aston Martin in pole position kept the advantage ahead of the two Optimum Motorsport McLarens of Osborne and Millroy, which had passed the first row- placed JP Mercedes of Klien. Prette was fifth in his Ferrari, but was passed in the early laps by Crestani. Then came Scholze, Ramos and Leutxiler, while Hook spun in the heat of the early action.

After 10 laps, Eastwood had an 8-second advantage on Osborne and Millroy, with Klien, Crestani and Prette over 15 seconds behind the leader.

Ramos and Scholze (first in Am) were further away, with Umbrarescu, Leutwiler and M.Hahn fighting for 9th.

In lap 13, Crestani spun because of a traction control electronics issue, dropping to 8th and later retiring (as did the sister car, because of overheating) and two laps later, the driver change window opened, with Ramos, Prette and Negro amongst the first to pit. 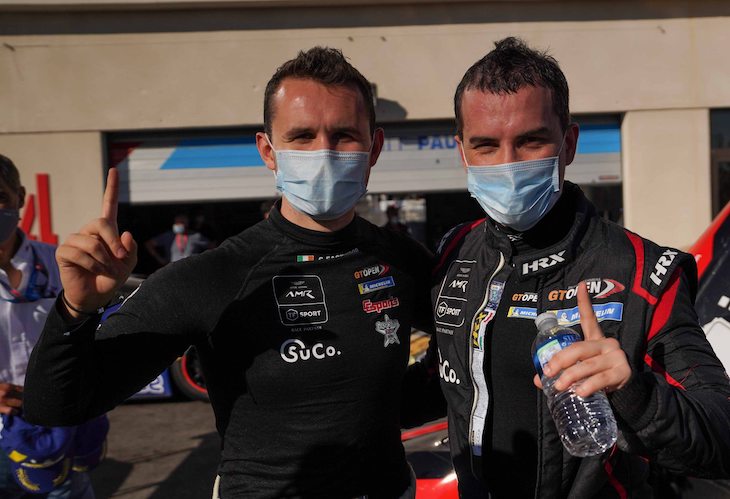 Yoluc, despite a couple of mistakes, increased his gap to 17 seconds, with Moss holding P2, while Chaves and Abril, charging from the back, having passed Iribe and Krupinski. There were no more surprises until the flag.