The Pro/Am duo won eight races and two* GT3 Drivers’ titles together between 2011 and ’15 before Adam, by then an Aston Martin Racing factory driver, claimed a further three championships and eight victories with TF Sport and Optimum Motorsport.

However, it is the partnership with Howard and Beechdean AMR that endures as one of the most popular and successful in series history. Indeed, only Jon Minshaw and Phil Keen have won more GT3 races together with the same team. 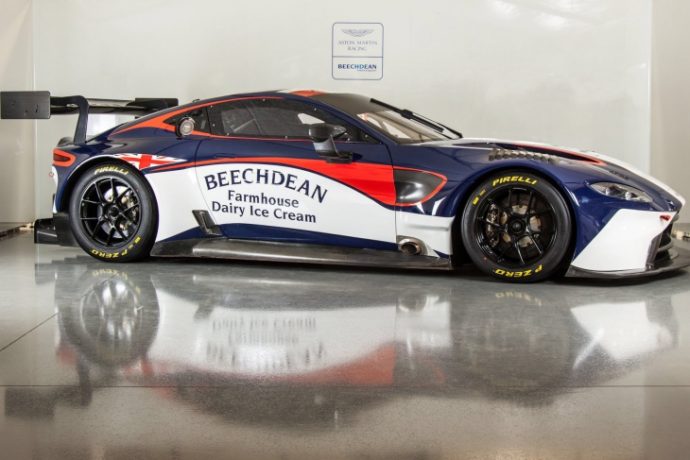 And Beechdean AMR’s modern Vantage GT3 will feature a distinctly retro livery at Brands. The team’s traditional blue and white colours have been eschewed in favour of the navy and yellow ensemble applied to the DBRS9 in which Howard and Adam claimed their first two British GT3 wins in 2011.

This weekend also marks Aston Martin’s return to the domestic GT3 ranks after the coronavirus pandemic affected all four of its full-season entries. And Howard fully intends to enjoy his outing at Brands Hatch ahead of two further appearances at Snetterton and Silverstone. 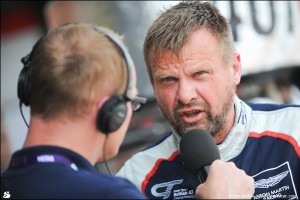 “I’ve put all my focus and energy into Beechdean the business over the last few months but there is light at the end of the tunnel and I feel capable and ready to go racing again,” he said.

“Obviously Jonny and I have a great history together so when I knew he was available for Brands it was a no-brainer, really. We haven’t raced together in British GT or elsewhere since winning the championship in 2015, but everything slotted back into place when we went for a simulator session last week. His dulcet Scottish tones over the radio took me right back!

“I’m there to have fun and enjoy a close battle with the other Am’s but we’ll go about it in a very professional way as if we’re fighting for the championship. Jonny knows how to get the best out of his Am’s, he practically wrote the handbook, and I’ve no doubt he’ll be eager to remind everyone of what they’ve been missing so far in 2020.”

Adam, the reigning champion who was left without a full-time British GT seat this year, can’t wait to reunite with Beechdean at Brands, a circuit where he won with Howard in 2013 before scoring further victories in three of the last four years. 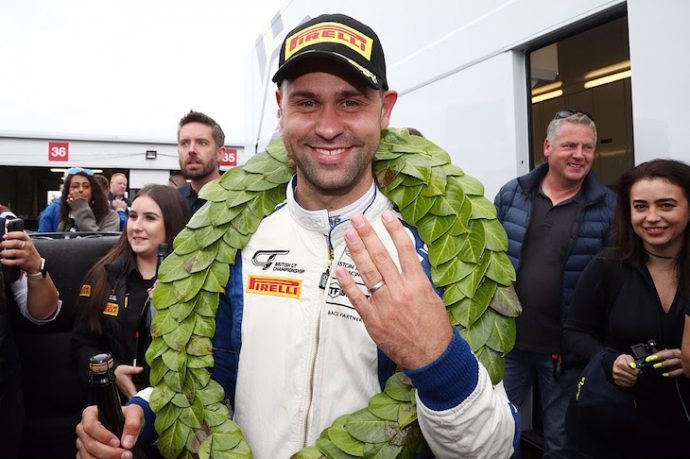 “We tested together at Brands last Friday and it was just like the old days: our working relationship and the team atmosphere were exactly the same,” he said. “We’re under no illusions – there are some very fast pairings this year – but the Aston is also more amateur-friendly than it was 12 months ago. It’s an area Prodrive worked really hard on over the winter but not something we’ve been able to show thus far. I think that’s maybe why we didn’t see the best of Andrew last season, but he’s always been quick at Brands and I’ll be doing my best to help him find that extra lap time this weekend.

“He’s there to have fun but make no mistake: he’s also taking it seriously. We’ve already had one sim session and will do another before testing again this Friday. That extra hour around the GP Circuit’s going to be a massive bonus as we don’t get many opportunities to test on it and Andrew hasn’t raced for nearly a year.”

Adam is only scheduled to contest one of Beechdean AMR’s three British GT events this year. Valentin Hasse-Clot will step in at Snetterton before Howard is likely joined by another AMR factory driver at Silverstone.

Reserve tickets for British GT’s two-hour endurance race at Brands Hatch before 16:00 this Friday, or watch it live across the championship’s website and social media platforms from 13:00 on Sunday.

*Howard was the sole British GT drivers’ champion in 2013 after Adam was docked points for a mid-season indiscretion. Without it, the Scot would now be a five-time title winner.