The FIA World Endurance Championship has confirmed a new date for the final round of the 2019/20 Championship in Bahrain bringing the 8 Hours of Bahrain forward by one week to Saturday, 14 November 2020, and will begin at 2:00 pm local time, finishing at 10:00 pm.

The change comes as a result of the announcement that the FIA Formula One Championship will be competing for two consecutive weeks in Bahrain starting at the end of November. It does though present a significant clash on the late-season endurance race calendar and now takes place on the same date as IMSA’s rescheduled 12 Hours of Sebring, the season finale for the North American Championship! 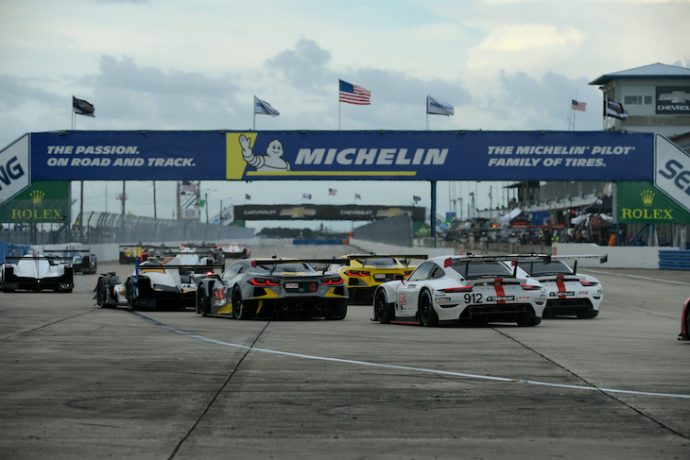 Gérard Neveu, CEO of the WEC: “As we stated very clearly when we announced our revised calendar in April, dates were subject to further change according to the evolution of the current health crisis, or because of the calendars of other FIA World Championships.

“We are very fortunate that Bahrain International Circuit is ready and willing to be so accommodating and, indeed, welcoming to the WEC in what will be an extremely busy period for them. It is, of course, less fortunate than the date now clashes with IMSA’s Twelve Hours of Sebring, but the compressed racing schedules in the second half of the year have been brought about due to an unprecedented situation and we believe there will be minimal impact on both series.

“Our overriding concern continues to be for everyone’s good health, and we are taking as many precautions as possible to ensure that we can all experience a happy and healthy end to Season 8.”