Listed yesterday for Lorenzo Veglia, Gustas Grinbergas and Stéphane Panepinto, the car was driven in testing yesterday by the first two named drivers plus Alex Fontana and Giancarlo Pedetti. Pedetti’s pace might most Kindly be described as disappointing and neither he, nor Fontana will play any further part the weekend.  The third driver is now confirmed as ex Nielsen Racing driver and current CD Sport Michelin Le Mans Cup racer, Nick Adcock.

Both The #11 Eurointernational and #16 BHK Motorsport LMP3s were dealt a 15 minute stop and hold penalty from the start of FP2 for safety equipment declaration violations and in the case of BHK, an incorrectly declared driver.

FP2 started at 9 pm and was held in full darkness throughout with all drivers needing to complete 3 flying laps in the session in order to qualify to run in darkness in the race tomorrow.

The #16 BHK LMP3 Ligier may well be in some trouble then, the car not completing a single lap in the session after the car blew the oil roller in the earlier Bronze test, the team not having time to repair the damage.

The hope is that since both Gustas Grinbergas and Nick Adcock have recent night racing experience in LMP cars they may get permission to race.

The session was topped by the #22 United Autosports Oreca (pictured top), Felipe Albuquerque with a 1:41.464 ahead of Will Stevens in the #31 Panis Oreca, three tenths back and just three thousandths faster than Ben Hanley in the #21 DragonSpeed car. 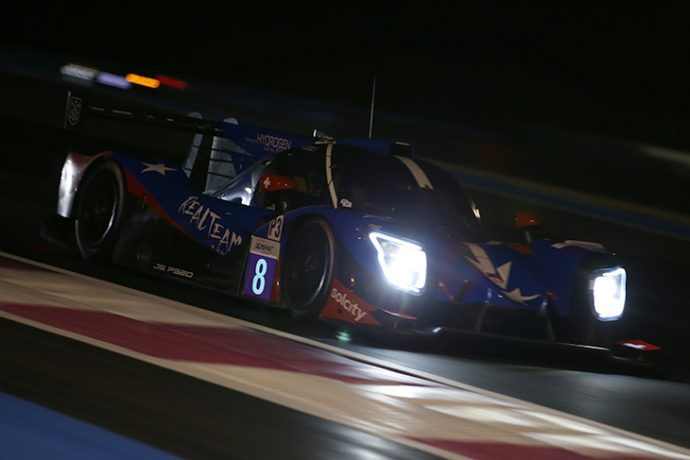 In LMP3 David Droux topped the session in the #8 RealTeam Racing Ligier, a 1:51.163 just 17 thousandths faster than Niko Kari in the #11 EuroInternational Ligier and a tenth up on the increasingly impressive Malthe Jakobsen in the #15 RLR Sport Ligier. 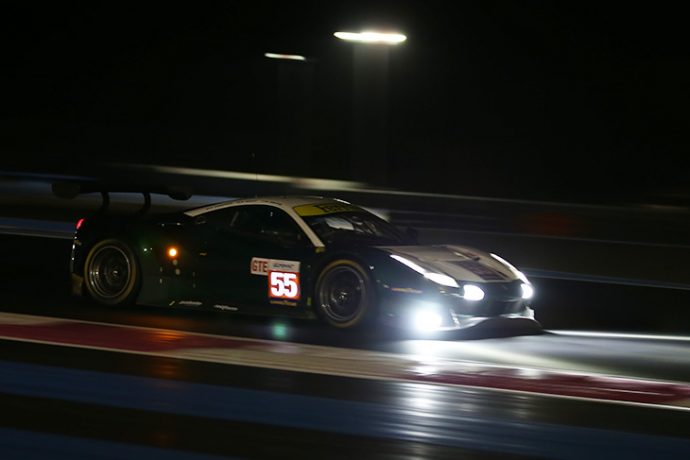 GTE produced close times at the top too with the #55 Spirit of Race Ferrari topping the times with a 1:53.836, six hundredths clear of Daniel Serra in the #51 AF Corse 488 GTE.

Next up was Nicklas Nielsen in the #60 Iron Lynx Ferrari before the first of the Porsches, the #77 911 RSR in he hands of Alessio Picariello.