We promised another story about a significantly different Aston Martin this week, and here it is!

Whilst the FIA WEC is pinning its hopes for 2021 on the new Le Mans Hypercar class with Toyota, Glickenhaus and ByKolles for year one, one Series has already seen entries, both in 2019 and now in 2020 from bona fide hypercars.

That Series is Britcar!

2019 saw the competition debut of the Brabham BT62 at Brands Hatch, you can read about that race Here. The COVID pandemic put Paul Bailey’s plans to enter his customer Brabham for a full season on ice sadly, but the Spa round supporting the FIA WEC saw another car that could reasonably be described as a Hypercar, an Aston Martin Vulcan!

Rather sadly the UK Government’s snap announcement of quarantine, measures for those entering the UK having visited Belgium took a hefty toll on the Britcar entry, just three cars remained alongside the Revolution A-One’s on the mixed grid support race.

It was a rare race appearance for a track-only Vulcan, some appearances at Aston Martin Owners Club events and at the Aston Martin Festival support race for the Le Mans 24 Hours the only other outings that this writer is are of. Indeed the car entered for Spa by Venture Engineering took part both at Le Mans, and as the first Vulcan ever to win a race overall.

The Vulcan was unveiled in 2015 as a very limited edition special, just 24 were built with an 820 bhp 7 litre V12 and GT3 levels of downforce wrapped in a simply beautiful body.

An AMR Pro package to upgrade the aero of the existing cars was unveiled in 2017 and RML converted one car for legal road use – but these are exceptionally rare beasts! 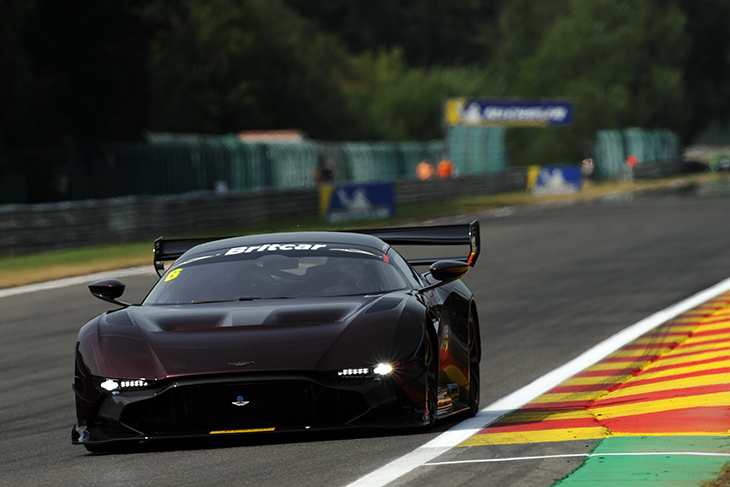 The travel restrictions meant too that the Vulcan’s owner, Gleb Stepanovs was unable to race himself but his regular driving partner Stephen Tomkins raced the car solo instead, albeit at a (relatively) conservative pace.

“A real shame for me not to be able to attend Spa last minute due to Covid quarantine restrictions. The team at the circuit kept me up to date with the onboard footage so hearing the Vulcan stretch its legs around the famous circuit made this weekend a good one. Im glad Tomo and the team got some good mileage on the Dunlop tyres as this was the first time the Vulcan has worn these shoes. I look forward to our next event once the restrictions are lifted” 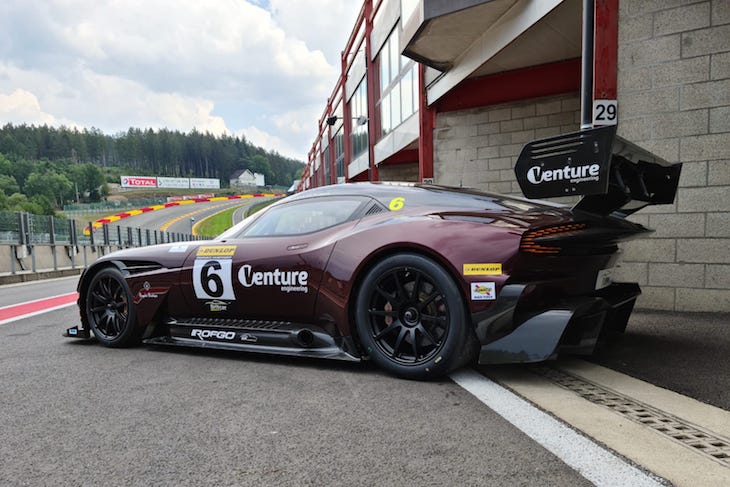 The Vulcan made for quite a contrast to the little high downforce prototypes it shared the grid with, much, much faster when the big V12 was given its head it worked its way forward though the Revolutions as the races progressed.

It was no match for the pace of British GT Champion Graham Davidson in his Aston Martin V12 Vantage GT3 but with a driver taking care of the owners’ pride and joy, and with the car running on Dunlop rubber for the very first time, discretion was very much the better part of valour! 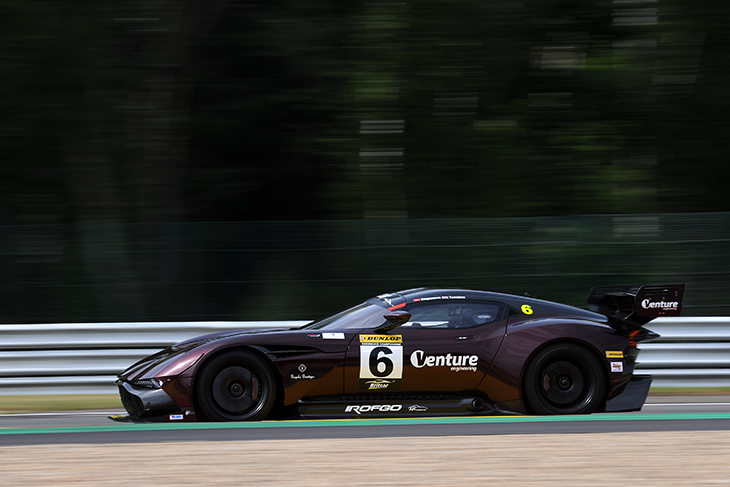 It’s a stunning thing both to listen to and to watch, truly a car where the form has been given as much importance as function!

Happily, the owner is keen to find other opportunities to race the car, and Witney, Oxon-based Venture Engineering are working hand in glove with him to find relevant challenges.

Venture was formed by three ex-Prodrive employees with backgrounds in engineering, manufacturing and operations. Their core business is engineering design and manufacture for a variety of motorsport components up to and including F1, one of a number of companies, little known outside the motorsport ‘family’ that underpin the world-class motorsport industry in the UK.

Venture also provides specialist resources to race teams and over the past five years has served customers in an array of Series and Championships from WEC to British GT to historics.

Running race cars as a team though has not, to this point, been their core business, though they did run the RoFGO Aston Martin some year ago at Silverstone’s ELMS round and also provide technical support for Rofgo on their historic events.

The opportunity to run the Vulcan brings the effort forward a step in their racing ambitions and for an expansion of their event support arm, an effort that will be supported when the outfit moves into new and larger premises next year.

Here’s hoping that the move gives us more chances to see the Vulcan in the wild!