Double Oscar nominee Michael Fassbender is having as low key an introduction as is possible for a man of his public profile into endurance racing this season with Proton Competition in the European Le Mans Series.

Opportunities will emerge to speak with Michael in depth in due course, for now, the plan is clear, get your head down and learn, with co-drivers Felipe Laser (also Fassbender’s long-time driver coach) and Porsche Factory Driver Richard Lietz, one of the most experienced drivers on Porsche’s current roster supporting that effort.

The DSC Ed took the opportunity to talk to Richard about his new team-mate in the wake of Lietz’s pole-setting lap at Spa earlier this month.

How is Michael doing in this his first season of endurance racing, now with his own personal Road To Le Mans in under a year’s time.

“It’s a big step. He did a big step from last year to this year, that’s for sure.

“He was part of the Porsche Experience School where he learned everything about motorsport in a Cup car. It was quite a big learning curve from the beginning and to make another step to the RSR and ELMS which is a professional championship. It’s another big step. 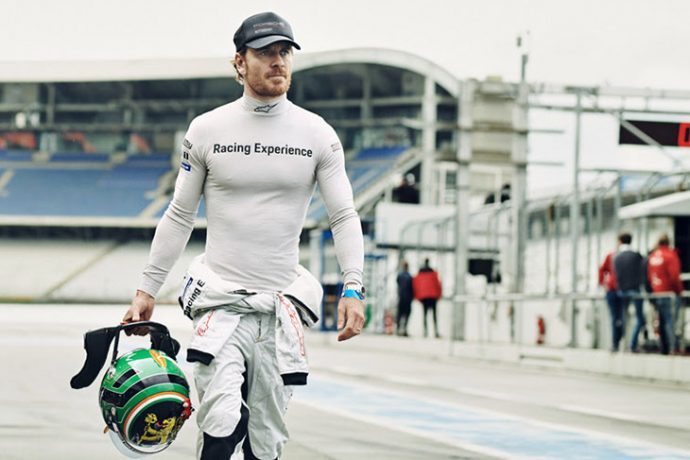 “So far we have done a lot of tests. Felipe Laser is a personal coach of Michael over the past several years. They work together pretty well and it’s basically my part to help set up the car a bit, give some advice for the effort and add my experience.

“Basically, my part is to bring them from the sprint racing to the endurance racing world. Felipe Philippe is really close with him as the driver coach and I think it works really well.

Michael was unlucky to get involved in an incident at Le Castellet last time that was not his fault, aside from that how did everyone feel the first race went?

“Le Castellet was a special weekend because first, we had four days of testing there. Second, it’s a track where, since the new tarmac was laid there is nearly no degradation.

“So basically, it’s not very often that you have tyre wear where the last lap with low fuel could be the same speed as the beginning of a stint with a new tyre set. 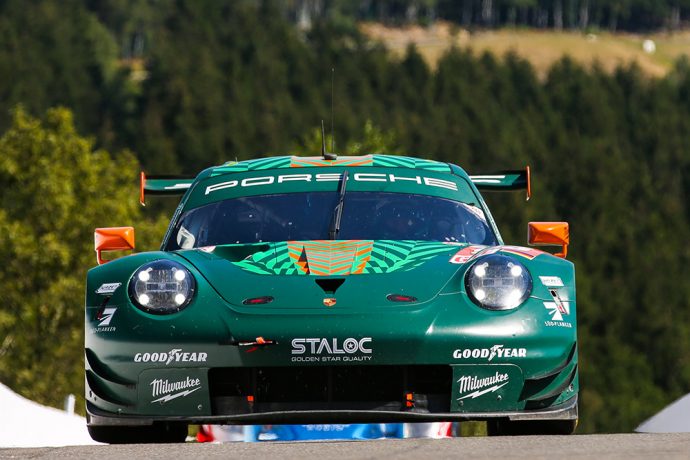 “So everybody was relaxed. He did a fantastic job, he was three and a half seconds behind Chris Ried when he had the incident with the LMP3 car, Chris is an experienced Porsche driver who has been doing it for more than 15 years.

“In the end, the mistake happened, the cause was not his fault but he will learn even from that.

“From there we arrived at Spa, again in very hot conditions. The tyres are really on the limit, using the soft tyre because the whole tyre has no performance. It was always going be challenging for him but again he did well. And we found out at Spa that we would be back at Le Castellet for round 3 after the decision was taken to replace the Barcelona race.

“While it is a disappointment for many people in the ELMS it’s great for us, we get to do what we would have done next year there just a few weeks after the first time!

“So I told Michael, it’s perfect for us because we can do everything better what we learned and we will see the progress.

“At Spa, he has been fantastic, he’s around one to one and a half seconds behind Chris who is here for the 20th time. But of course, he’s very, very motivated and he is really pushing hard and working hard. He wants to be closer, which is the main thing for any race driver.

“But I think the steps he has made already have been really big. And now we have to make sure that it happens in a safe way and not in a way where he wants to too much from himself too soon.

The GTE field in the ELMS is a tough one to crack?

“This the first year for him and I always tell him, it doesn’t matter, you are here to learn and progress.
If you want to win the ELMS I’m the wrong guy. Because you need a silver driver. I’m a platinum driver. I can do one stint.

“If you want to win you (as the Bronze) need to do as little driving as possible and put two fast silvers in the car with you, then you can win the championship.

“We are now on a level or in a point where we have to bring all the expectation from engineer, team, Felipe and, of course, Michael too and realise we are like a school, you cannot pass the exam if you don’t do the work.
I think we have made fantastic progress. But I think that we still have to learn a lot.

“Next time out, as a Pro driver I would prefer Barcelona or Spa again for the excitement of the pure racetrack but to show him what we have learned, going back to Le Castellet, for us it is perfect!”