Today sees the six-hour, ROWE 6 Stunden ADAC Ruhr-Pokal-Rennen, the fifth round of the NLS and the final race opportunity for teams preparing for the 2020 Nürburgring 24 Hours which takes place a week after the rescheduled Le Mans 24 Hours on 26/27 September.

The 168 car entry includes a strong SPG (GT3) cohort whilst elsewhere there are two world debuts.

In SPX the new Glickenhaus 004C makes its first public appearance, running here effectively as a rolling testbed for the race organisers to assess how the car can be BoPed for the N24.

It’s not been totally smooth running for the #54 car thus far, the car requiring some noise reduction after failing the noise test, the subsequent silencer causing too much back pressure and resulting in a small but troublesome engine bay fire.

That was worked on overnight, the car should be ready to go after assistance from other teams including Black Falcon. 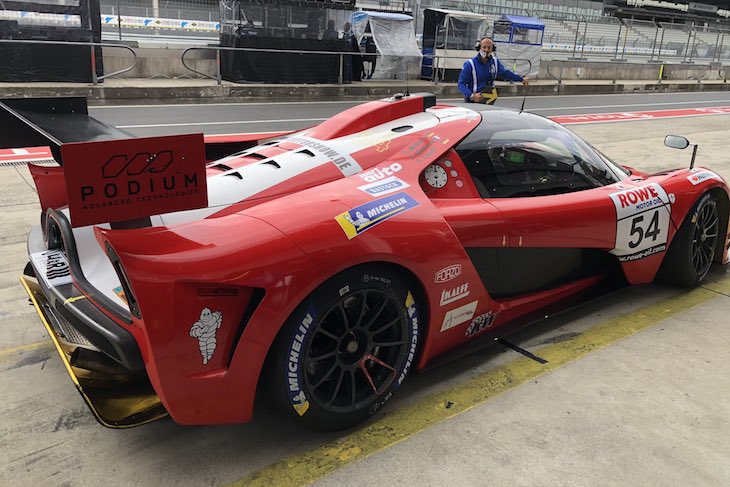 Franck Mailleux, Thomas Mutsch and Felipe Laser (who will double duty with the ELMS race at PaulRicard today) are the driving trio.

The second debutant is the SP8T entered Garage 59 Aston Martin GT8R, this car effectively a development of the GT4 version of the current Aston Martin Vantage with enhanced aero (including a larger rear wing), and more power. 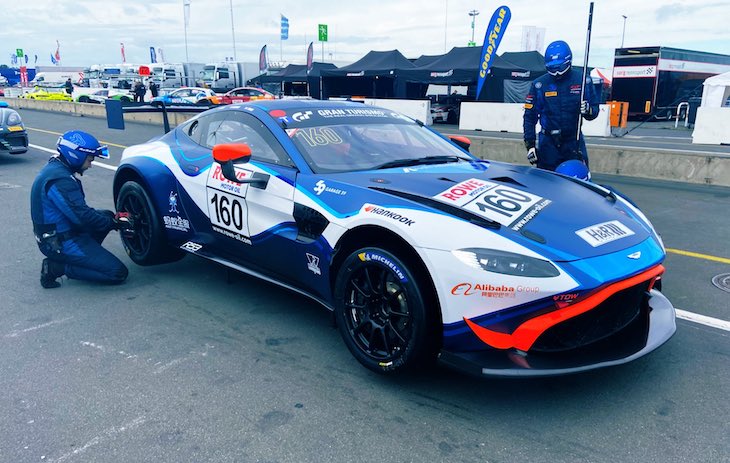 Back to SP9 and the class entry totals 33 GT3-Spec machines, all but six sitting in the SP9-Pro sub class.

There are two debuting teams amongst the entry: The more familiar is the FFF Racing Team with a single Lamborghini Huracan Evo GT3, Giacomo Altoe, Andrea Caldarelli and Marco Mapelli will drive though, at present this is not an entry planned to appear at the N24 in 2020, let’s see how things develop!

The race marks the start of a GT3 adventure for the German team, previously a GT4 entrant, with the N24 and Spa 24 Hours on their 2020 programme.

Lamborgini and Ferrari are represented by a pair of cars apiece on the entry, the FFF Huracan joined by a Konrad entry whilst the regular Octane 126 and racingOne 488 GT3s represent the Prancing Horse.

There are five BMW M6 GT3s listed, all five set to tackle the N24, ROWE Racing field a pair of cars with a host of factory talent, Lucas Auer, Stef Dusseldorp and Marco Wittmann in the #98, Nicky Catsburg, Philipp Eng, Alexander Sims and Nick Yelloly in the #99

In addition to the 10Q effort listed above there are no fewer than three for GetSpeed Performance.

Schiller features too in the team’s Am class entry whilst the second Pro cr is for Francois Perrodo, Manu Collard, Matthieu Vaxiviere and Christer Jöns.

The most numerous marque in the SP9 field is Audi with nine R8 LMS GT3.

In the Audi camp, a total of nine R8 LMS GT3 Evos are listed compared with the four that entered the last round.

Seven of the nine are Pro class entries.

There are two car efforts from Phoenix Racing and Car Collection.

There’s a trio of cars set for the N24 under the Audi Sport Team banner:

#32 will be driven by Mirko Bortolotti, Robin Frijns, Christopher Haase and Markus Winkelhock.