There was drama right at the start of the ELMS GTE qualifying session at Paul Ricard as Michael Fassbender was caught out by tricky conditions as he came onto the Mistral Straight on his out lap, a heavy shower had just passed through.

Outch that is a big one! 😱 Michael Fassbender lost control of his car and crashed into the tyre wall…The LMGTE qualifying session is currently red-flagged. #ELMS #LeCastellet240 pic.twitter.com/AomPYieg1b

As the only driver for the #93 Porsche present this morning (both Richard Lietz and Felipe Laser are racing at the Nurburgring today) he was entrusted with qualifying, he ran wide to the right, over the slippery kerbing, tried to correct but snapped to the left and proceeded directly into the barrier, significant damage to both front and rear of the 911 RSR, the rear damage looking, visually, the more serious.

Fassbender walked away from the wreck and came straight back to the team looking frustrated but otherwise OK. 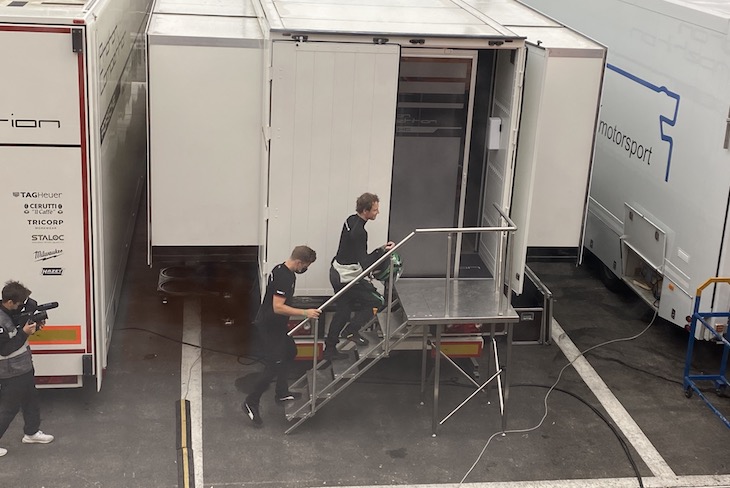 The car came back on a flatbed soon afterwards and we await details of whether it is repairable before this evening and/ or whether the team have a spare car available at the circuit. 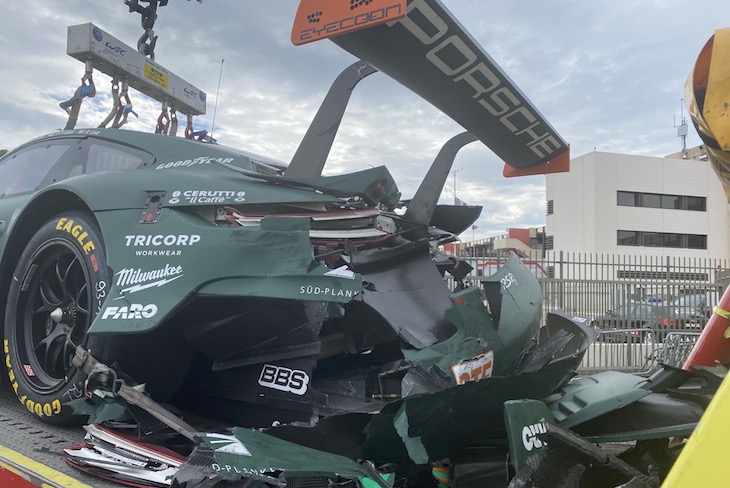 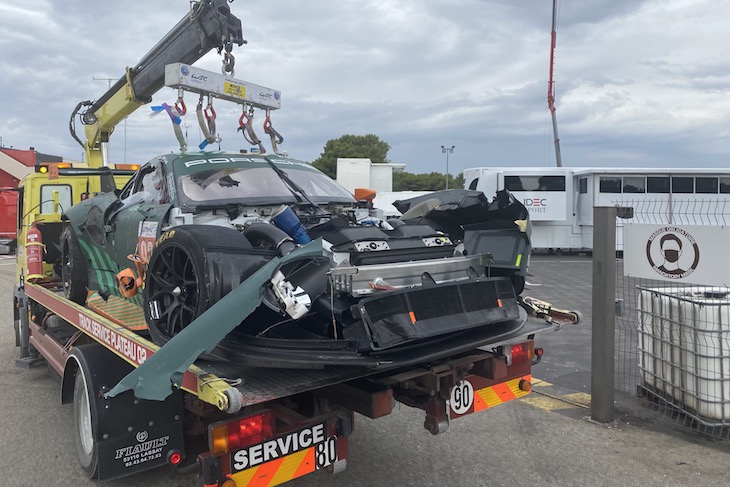