Jim Glickenhaus and co. are very busy at present, having just completed the first competitive outing for the new Glickenhaus 004C at NLS5 last weekend, the Scuderia Cameron Glickenhaus outfit, with the continuing support of Podium Engineering, are now prepping the car for the 2020 Nürburgring 24 Hours. 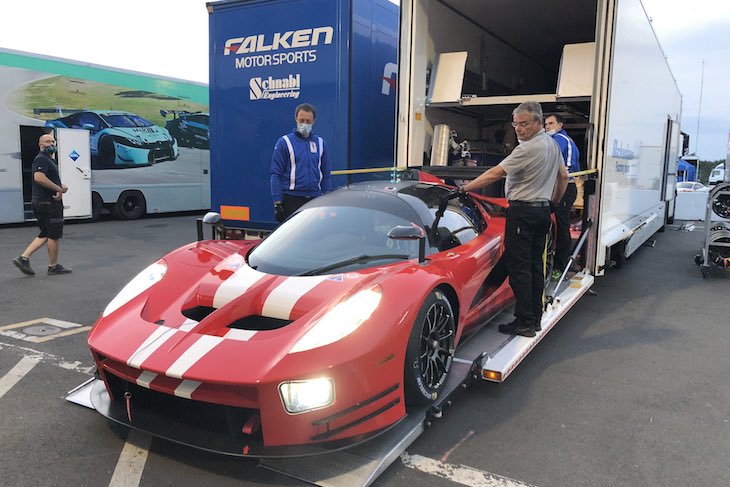 The car arrived at the Nürburgring with a long job list to undertake but the bare bones were simple: Qualify the drivers (Franck Mailleux, Thomas Mutsch and Felipe Laser), and the tyres for the N24, and allow the team and the race organisers to understand how best to race, and to BoP, the 004c against the SP9 contenders.

The team found themselves with two major issues to deal with:

Firstly the car was too loud.  “That meant that we had to stuff the mufflers full of wire wool to have a hope of making the noise test.” 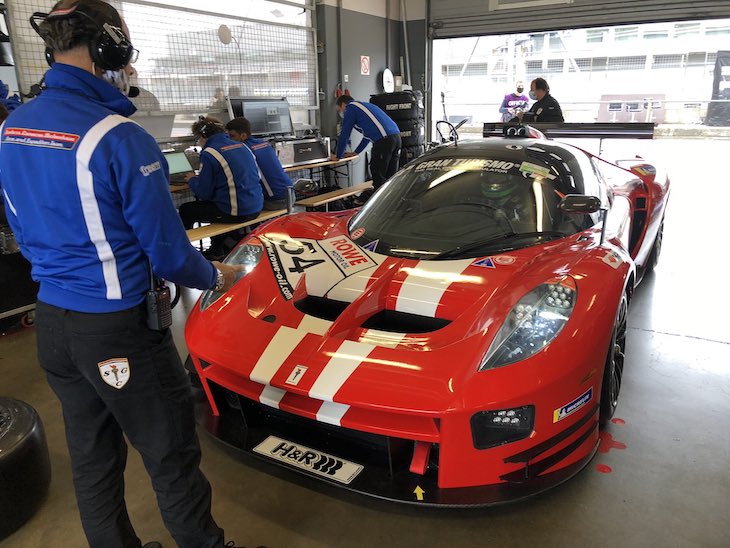 That task was completed, seemingly successfully, but the solution soon led to a further and potentially rather more serious problem. 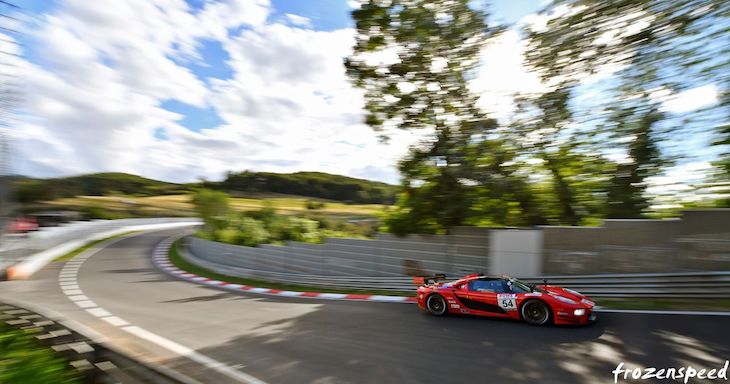 “The back pressure from the exhaust was too much and it blew a hole in the exhaust and took an oil line with it.

“The driver pulled off the track and a small oil fire started a few seconds later. The trackside marshals put it out before it could do too much damage.

“We got the car back after the session and disassembled the rear end ready for a rebuild. That was pretty straightforward, the car is built to a modular design. 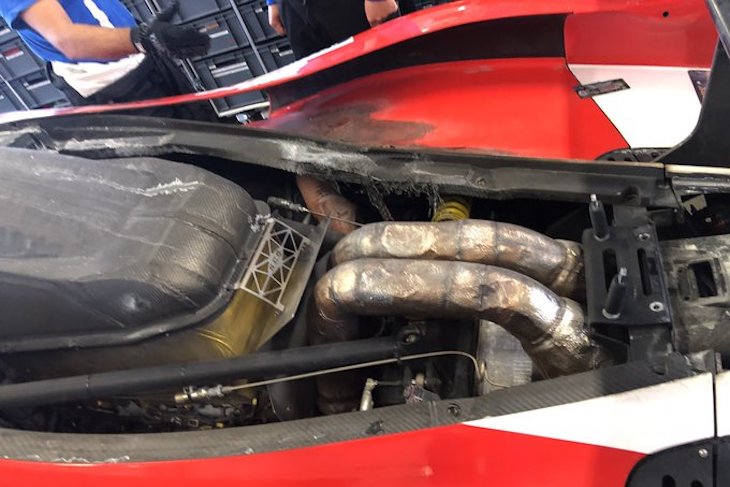 “We did though get some very valuable help from others in the paddock with tools and minor parts, particular thanks go to Black Falcon who supplied us with some exhaust tips that helped the noise issue – its good to be racing with real sportsmen.

Repairing the 004C overnight after its exhaust fire so it could race the 6hour qualifying race. Some teams left at thinking it was impossible we would race the next day. Others (thank you @TeamBlackFalcon ) helped us get spare parts. #glickenhaus with @PodiumEngineer pic.twitter.com/sy0zqS8aUn

The overnight rebuild was a success and the 004C made the start, though it was already clear that the car would not be in contention for overall honours with the SP9 runners. 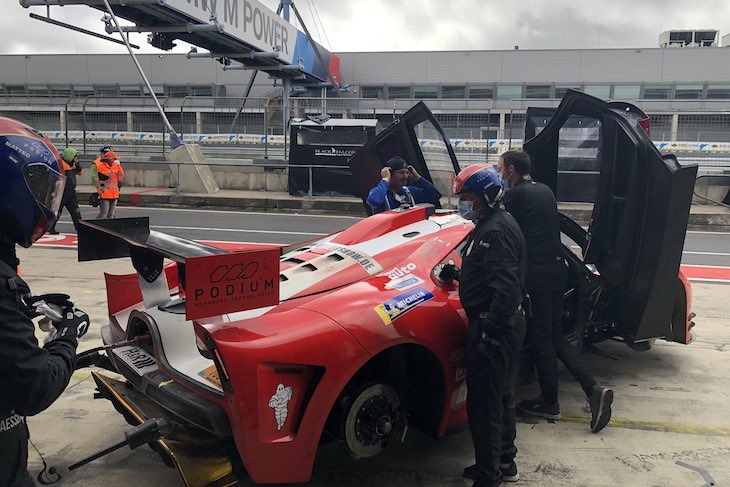 “We knew the BoP applied to the car was pretty heavy and the ADAC guys agreed that was the case later, though that was in part the reason for us running, to find out just where we were. 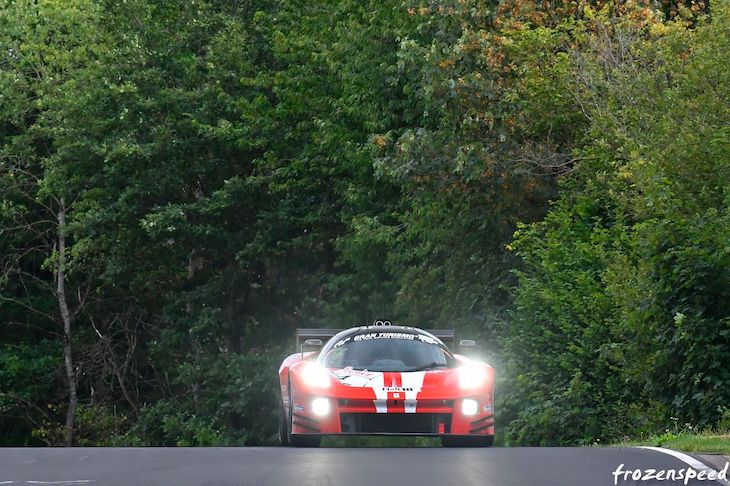 “We learned a lot about the car, and about fixing the car too. The engine is strong, even with the BoP in place it was as fast on the Döttinger Höhe as the 003C, the torque out of the corners is very impressive. The drivers reported too that it was easier to drive to and at the limit than the 003.

The car finished the race, albeit laps down, but that wasn’t the point of the exercise, the mileage and the data, for team and race organisers, was! 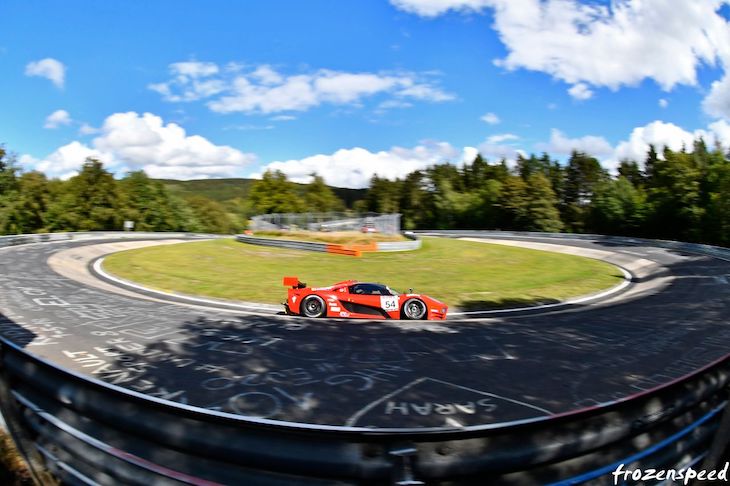 “We have been working with harder brake pads that would have lasted the full 24 Hours, but with the new 6 minute compulsory ‘technical’ stop that’s no longer necessary so we may go to pads that give better performance but will need the change.

The Nürburgring heritage for Glickenhaus is important for the company as they look to rack up road car sales, “We actually brought a brand new customer 003 to the track, and we have been permitted by the Nürburgring 24 Hours race organisers to bring the first 004 road car to complete a display lap before he race, just as we did with the 003 before it.” 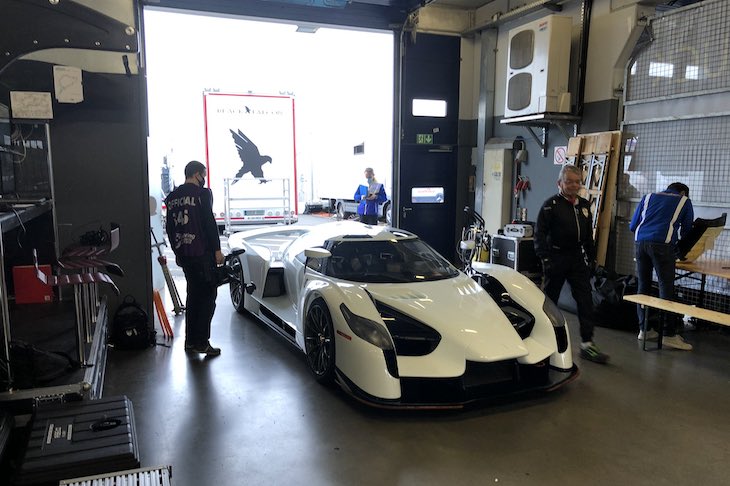 It seems to that others have noticed the car, representatives from ITR have been in touch to assess where there would be interest in a Glickenhaus effort in the proposed GT3+ concept to replace Class One in DTM.

“Any manufacturer would be interested of course in having customer cars racing. But I have to make it very clear that it would have to be customer cars there is no prospect of a factory-entered 004 racing there. 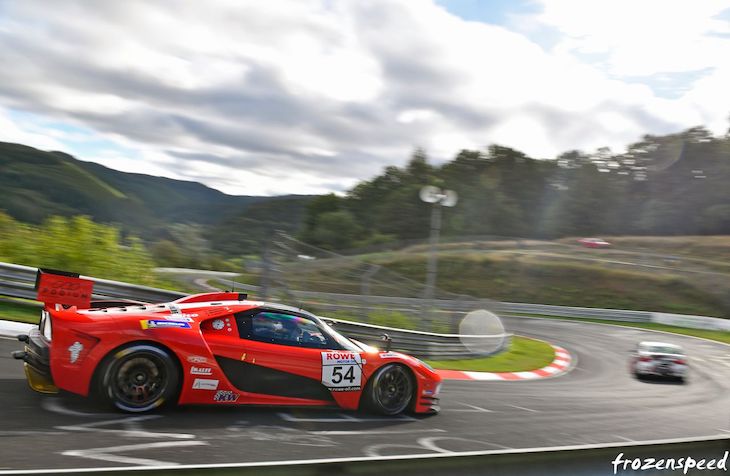 “What is interesting is that they are prepared to look at cars that are not to full FIA GT3 homologation. We have every intention of seeking homologation when we have built sufficient numbers of the 004 (200) and already have orders for 40 before the road car has even turned a wheel, but of course, our car is capable of being balanced against GT3 cars right now.”

On the Hypercar front all is on track too:

“The programme is progressing well. “We have one more wind tunnel test programmed to fine-tune the aero concept. 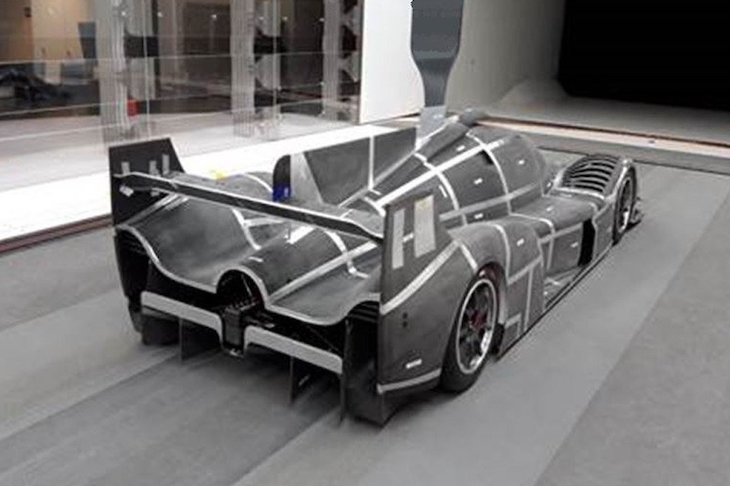 “We’ll be running our first engine on the dyno next month for the first time and we have everything in place to run the full two-car programme we have promised for the 2021 season.” 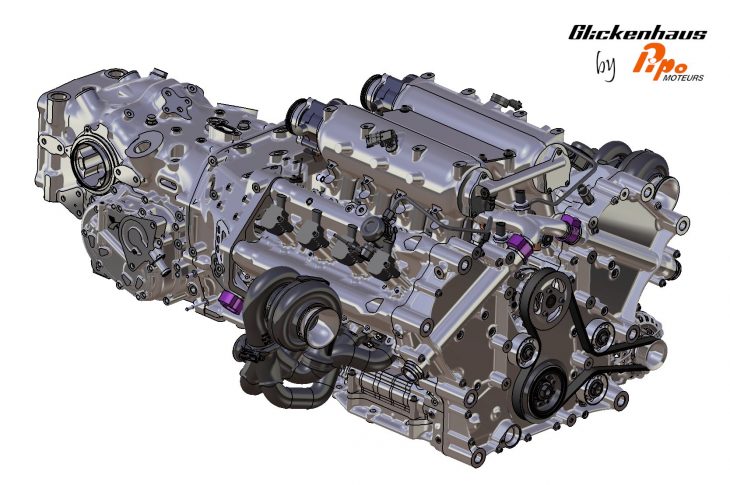