The #777 D’station Racing Aston Martin AMR Vantage GT3 will start on pole position for this weekend’s running of the Fuji Super TEC 24 Hours, the opening round of the 2020 Pirelli Super Taikyu Series.

Qualifying took place on Friday afternoon under clear skies, and the aggregate time for the first and second rounds of qualifying set the grid for the race. For the top classes, including ST-X (FIA GT3), ST-Z (FIA GT4), and ST-TCR, gentleman drivers handled the first round of qualifying.

It was Satoshi Hoshino in the D’station Vantage who proved the difference-maker in the first round. Hoshino led the session with a seriously competitive time of 1’41.915, which was 1.634 seconds quicker than the second-place qualifier, Daisuke Yamawaki in the #888 Hirix Good Day Racing Mercedes-AMG GT3. A close second round contested amongst the more professional drivers, including several STO Platinum-rated drivers, saw Tomonobu Fujii set the third-quickest time,  a 1’40.928, which was only 0.058 seconds off the top spot in his group.

With an aggregate time of 3’22.843, Hoshino and Fujii, along with co-drivers Tsubasa Kondo and Yuya Motojima, will start on pole in their #777 D’station Vantage when the green flag flies Saturday at 15:00 JST (local time). Kondo and Motojima led the third and fourth rounds of qualifying, which did not impact the grid.

“I made some mistakes, but I was able to get a good time,” said Hoshino, the primary gentleman driver and owner of D’station Racing. “In my case, it was very easy to drive, but in Fujii’s case, we changed the setup and it seemed that he had a little understeer. I think the GT-Rs will be faster in the race, so I’d like to maintain the top position and run for as long as possible.”

Two-time and defending race winners GTNET Motor Sports qualified fourth-fastest with their #81 Daishin GT-R (Nobuyuki Oyagi/Kazuki Hoshino/Ryuichiro Oyagi/Kiyoto Fujinami/Kazuki Hiramine/Natsu Sakaguchi), but their mechanics now face a battle to have the car ready for Saturday’s race after Fujinami suffered a crash in the fourth round of qualifying (UPDATE – the team did a fantastic job in repairing the car – it’s good to go!). The last of the ST-X (FIA GT3) runners, the #31 Denso Lexus RC F GT3 (Hideki Nagai/Koki Saga/Kazuto Kotaka/Hiroaki Nagai/Yuichi Nakayama/Yuta Kamimura) qualified in fifth.

The fastest GT4 car in the field was not entered in the class designated for FIA GT4 cars. 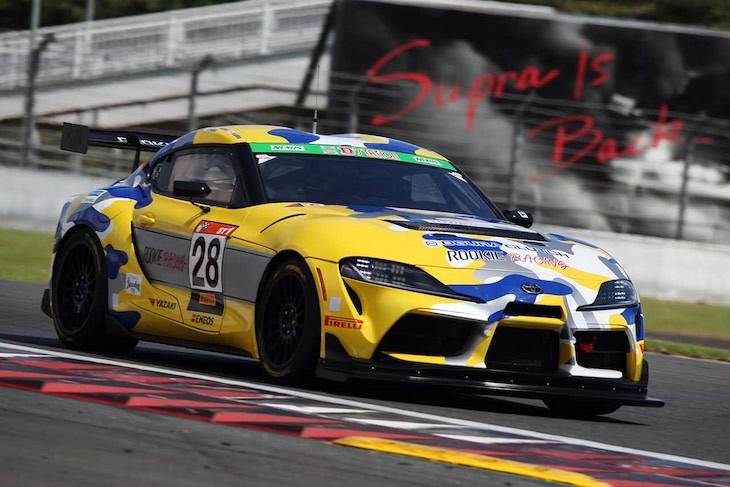 Gamou and Toyoda set an aggregate time of 3’37.041, 1.745 seconds faster than that of the fastest ST-Z class qualifier. 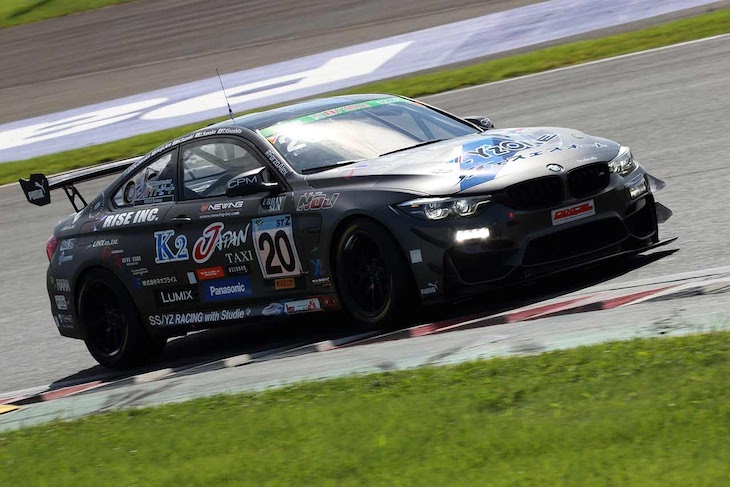 But in the second round, the 2004 Le Mans winner set the fastest lap time in class, and with an aggregate time of 3’38.786, took pole position by three-tenths of a second in the same car that won last year’s SRO GT World Challenge Asia GT4 title with Sunako and Kinoshita first and second in the Drivers’ Championship. 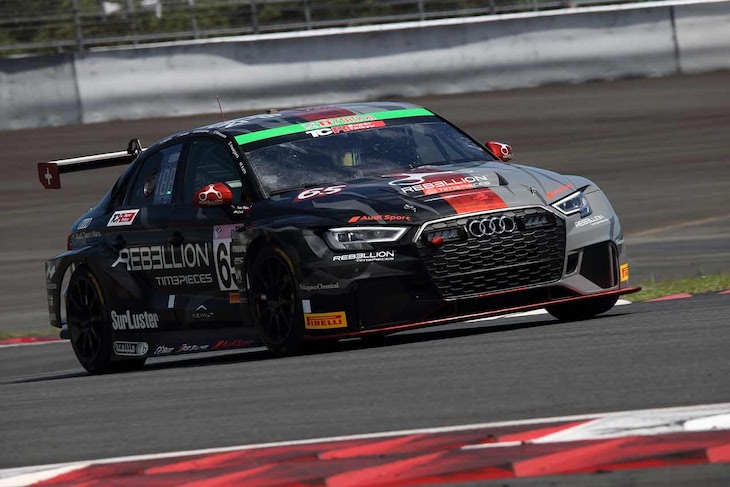 Behind all the ST-TCRs is the last of the ST-Z class GT4s, the #505 A.T. Field Audi R8 LMS GT4 (Genki Nishimura/Takeshi Okamoto/Shozo Tagahara/Yoshinari Fujiwara) couldn’t match its peers and will start 19th. 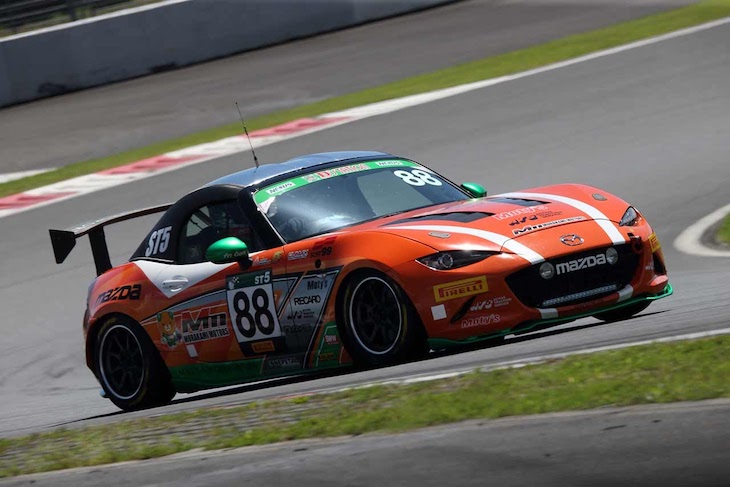 While conditions were clear and dry for qualifying, it’s expected to rain throughout Saturday and Sunday, though thankfully for the few thousand spectators in the grandstands and on the campgrounds this weekend, the fear of Typhoon Maysak making landfall over central Japan has gone away.