The biggest surprise from the announcement of the 2021 IMSA WeatherTech Sportscar Championship schedule is possibly that there are so few surprises!

After the enforced delay and compression of the 2020 calendar IMSA are gong all in to return to normality next season with the headline Series returning to familiar venues throughout the year. 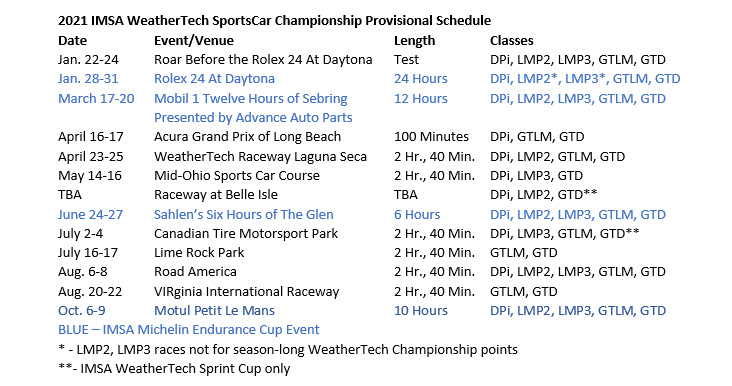 Notable landmarks on the calendar will be the move of the traditional Roar Before the Rolex 24 test to the start of race week in January.

The Acura Grand Prix of Long Beach returns to the calendar after a COVID enforced absence as does the Sahlens 6 Hours of the Glen with Canadian Tire Motorsport Park and Lime Rock Park returning too after a year’s absence.

Perhaps the biggest surprise, in light of expected economic pressures in the sport next year, is the retention of a 12 date calendar!