United Autosports will run four Ligier JS P320s in the Road to Le Mans event on 16/19 September, in the team’s fifth entry for the event.

Jim McGuire will also be entering the Road to Le Mans event, alongside regular European Le Mans Series teammate, Duncan Tappy. Jim rejoins the team after missing the last ELMS round, where Duncan finished second alongside Andrew Bentley, after a very wet race.

Shaun (father of Aston Martin factory driver Alex) Lynn will also return to the team, racing alongside Joe Macari. Shaun last raced for United in Abu Dhabi at the end of last year and has previously entered the Michelin Le Mans Cup with United. Joe has previous Le Mans experience but the Road to Le Mans event will mark his United Autosports debut.

RLR MSport will run a solo Ligier JSP320 LMP3 for its European Le Mans Series (ELMS) regulars Malthe Jakobsen and James Dayson in the Road to Le Mans races with a one-off appearance in the Le Mans Cup. 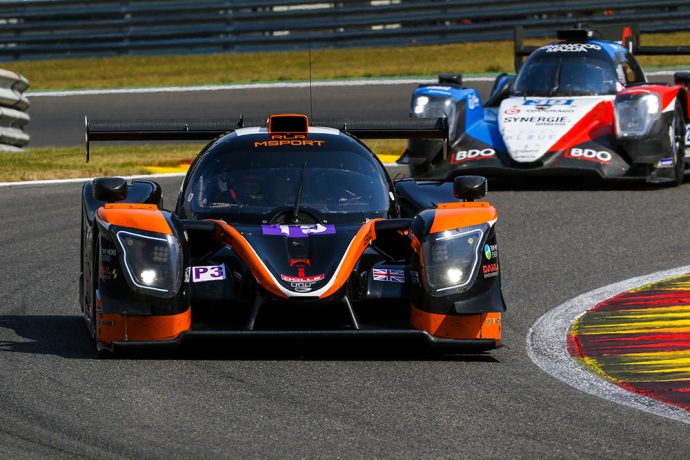 Competing in the 24 Hours of Le Mans is the ultimate aim for both Jakobsen and Dayson:

“I’m really looking forward to racing in the Michelin Le Mans Cup ‘Road to Le Mans’,” said Jakobsen. “I think most, if not all racing drivers want to compete in the 24 Hours of Le Mans at some point in their careers. I never expected to race at Circuit de la Sarthe this early in my career, because I’m only 16 and it’s my first year in endurance sportscar racing.

“It’s very difficult to test on the full Le Mans circuit because the lap encompasses public roads, so the knowledge and experience I will gain in the ‘Road to Le Mans’ will be invaluable. I’ve heard it’s a hard circuit to get right because you have high track evolution and you get very few clean laps without traffic, yellow flags and Safety Cars. As a result, it’s hard to set any goals. I’m just very excited about the experience, as racing in and winning the 24 Hours of Le Mans is my ultimate goal.”