2 Seas Motorsport will race in their home region of the Middle East for the first time with a double GT3 entry for the Gulf 12 Hours now scheduled for 9 January.

The team will run two McLaren 720S GT3 in the 10th running of the event, with team co-owner Isa al-Khalifa racing one car with McLaren GT drivers Ben Barnicoat and Martin Kodrić.

The second car’s driver line-up is still to be finalised.

Following the final round of the Intelligent Money British GT Championship at Silverstone in November, the Bahraini-British team will move its operations from the UK over to the Middle East in preparation for the 12-hour endurance event. An intense testing programme will be carried out at circuits across the region before heading to the Yas Marina Circuit in Abu Dhabi early in the New Year.

Barnicoat has very relevant experience for the task in hand having been a key part of the driving squad that gave the 720S GT3 its competitive debut at the same race in 2018, leading the race convincingly for many hours. 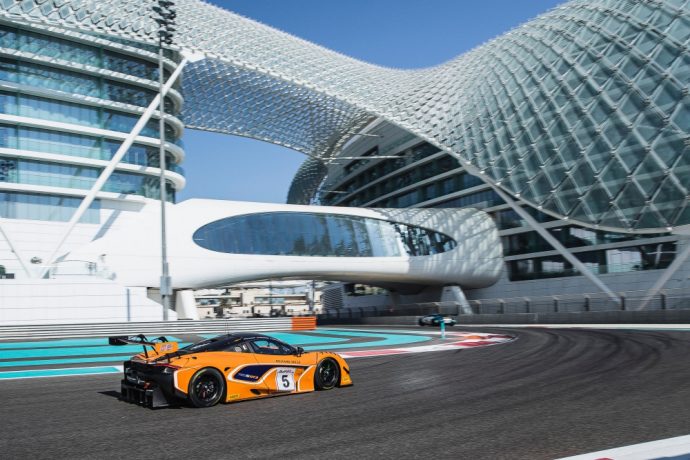 Martin Kodrić, a McLaren Professional Driver, joins the team and brings a wealth of experience and success at the wheel of the latest McLaren GT3 model, including Silver class honours at the Liqui-Moly Bathurst 12 Hours earlier this year.

‍Isa Al-Khalifa, 2 Seas Motorsport team co-owner. “It is great to be able to confirm entry with 2 Seas Motorsport into the Gulf 12 Hours event, especially after the travel restrictions meant revisions to the plans for racing this year. It is great to have Ben and Martin both confirmed as part of the team, and both bring a lot of endurance event experience to the team.

Ben was part of the team which impressed on debut with the McLaren at this race in 2018 and both his and Martin’s performances stood out at the Bathurst 12 Hours earlier this year. I am really looking forward to getting back out racing and starting 2021 in the best possible way.”