Five-time Le Mans 24 Hours winner Emanuele Pirro has been named as Grand Marshal for next weekend’s 88th running of the 24 Hours of Le Mans, 20 years after the first of his wins.

He’ll lead the field to the start flag to be shown this year by PSA Chairman Carlos Tavares.

Emanuele Pirro: “I’m delighted to be back at Le Mans in this role. It will be great to be back on the circuit, to test the new Porsche Curves. It used to be a key spot; you could lose a lot of time if you weren’t careful. I’m looking forward to going through there as leader of the pack.

Pierre Fillon, president of the Automobile Club de l’Ouest: “The role of Grand Marshal is traditionally fulfilled by a Le Mans winner, a driver who epitomises this race and this discipline. Emanuele Pirro is a perfect representative. He has won Le Mans five times, finished in the top three 10 times, and above all he is a shining light, a true leader. The 2020 field should be thrilled to be led out by a Grand Marshal who has put so much energy into racing and always defended drivers.”

Final Names In The Frame For 2020 Entry

With the news today of the withdrawal of the #6 Ginetta leaving the entry for the 2020 race at 59 cars with 177 drivers now set to form the entry.

The final spaces on the entry have been filled as reported on DSC by Beitske Visser in the #50 Richard Mille Racing Oreca, Juan Pablo Montoya replaces Pipo Derani in the #21 DragonSpeed Oreca (though the entry list currently incorrectly shows him as replacing Memo Rojas.

In GTE-Am there are two changes at Proton Competition – Hugo de Sadeleer, initially named in the #99 Dempsey Proton Porsche 911 RSR is replaced by historic and GT4 racer Julien Piguet for his first Le Mans start after contesting the Road to Le Mans support races in 2018.

The final TBA to be filled meanwhile is in the sister #78 Proton Competition Porsche where Horst Felbermayr Jr and Michele Beretta are set to be joined by reigning Porsche Carrera Cup Benelux Champion (and Porsche Supercup Rookie of the Year) Max van Splunteren who becomes a second-generation Le Mans starter after father Paul raced for Prospeed a decade ago. 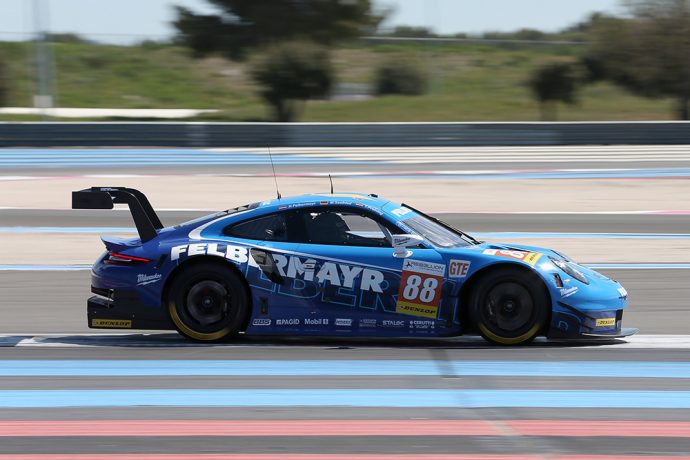 The final confirmation of the Proton line-ups confirms that another long chain of consecutive Le Mans appearances has been broken as Patrick Long, initially a ‘placeholder’ named for the team will not be present in 2020 after 16 consecutive appearances.