Signatech Alpine has confirmed the story broken last week by Auto Hebdo and expanded on by DSC Here that the multiple title-winning LMP2 squad will race in the 2021 FIA WEC with a grandfathered LMP1 car.

Since 2013 Signatech Alpine have won two European titles, two world championships and scored three LMP2 class victories at Le Mans with there rebranded Oreca prototypes.  They are now set to continue that history by running a single Oreca designed and built Rebellion R13 Gibson and it is clear that the programme has come with factory blessing, a great indicator that there may well be more to come for the future of the brand in endurance. 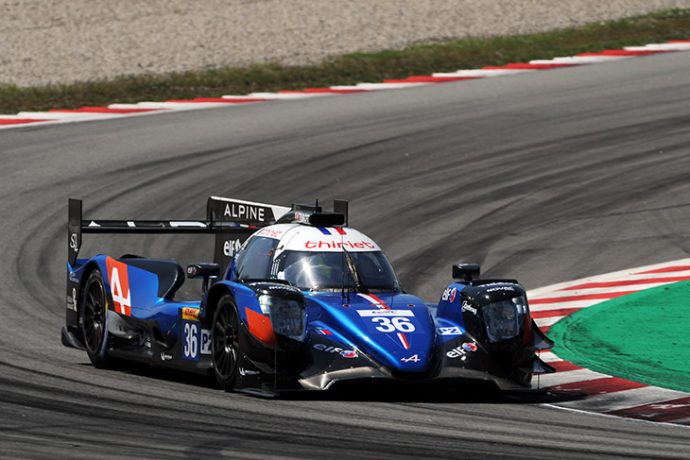 It means too that with the rebranding of the Renault Sport F1 programme as Alpine F1, the brand will be one of the few constructors simultaneously entering the highest level of two FIA-recognised World Championships.

Patrick Marinoff, Alpine Cars Managing Director: “Motorsport is inseparable from the Alpine brand, whose passion for competition and sportsmanship is its DNA. The return to endurance in 2013 marked the beginning of a long-term adventure.

“After eight successful years against some of the best teams in the world, it is time to take a new step by challenging the constructors in the premier category as we will also do in F1.

“The latest changes to the 2021 regulations allow Alpine to demonstrate its technical know-how and racing experience in a competitive and fair field thanks to a fairly moderated investment ensured with various cost controls measures.

“Together, we intend to take the fight to well-established competition and to write new pages in the history of this great brand born out of competition that is Alpine and to put the French colours at the highest levels of motorsport.”

Philippe Sinault, Signatech Director:  “Alpine’s history is full of challenges. Few believed in us back in 2013, but we proved ourselves step by step, demonstrating that we were capable of excelling at the highest level.

“Today, this new challenge is in the same vein thanks to the opening of a unique window of opportunity. We will be the newcomers in the premier category and we intend to make life difficult for our rivals.

“Alpine’s confidence in this project is an immense source of pride for our teams and partners who joined this adventure in its early days. We approach this programme with the desire to perform well while having the means to work in an extremely qualitative manner in the context of the 2021 season.

“It’s an exciting and incredibly motivating sporting challenge and we want to be up to it so that Alpine can have an even larger presence in the history of French and world motorsport.”

Alpine raced at Le Mans as a factory team 11 times between 1963 and 1978 winning multiple titles in the world’s greatest endurance race: the Index of Thermal Efficiency in 1964, 1966 and 1968, the Index of Performance in 1968 and 1969, seven class victories, a number that is now at ten with the Signatech LMP2 programme, and most famously, the overall win in 1978 with the Alpine A442B driven by Jean-Pierre Jaussaud and Didier Pironi.