MissionH24 have revealed a new version of the H24 hydrogen-electric prototype.

The new car, still with an Adess LMP3 chassis, weighs in some 150 kilos lighter than the previous generation car (LMPH2G) and has a much-improved aerodynamic package and cooling system plus improved ‘Saft’ developed battery cells. 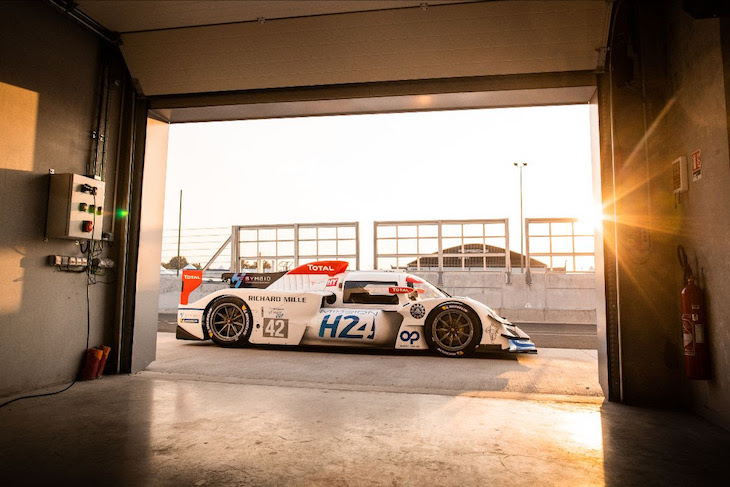 The initial 4 motor powertrain has been replaced by an improved 2 motor system, still providing drive to the rear axle.

The new car was completed only last week and will start testing in earnest from next week.

The test programme runs through to the new year when the H24 team will decide the sporting programme for the new car, initial plans to field the car in more on-track sessions during the Michelin Le Mans Cup season (supported by Total’s road transportable mobile hydrogen filling station) delayed by the COVID 19 crisis, and by the decision to concentrate on an updated version of the test car. 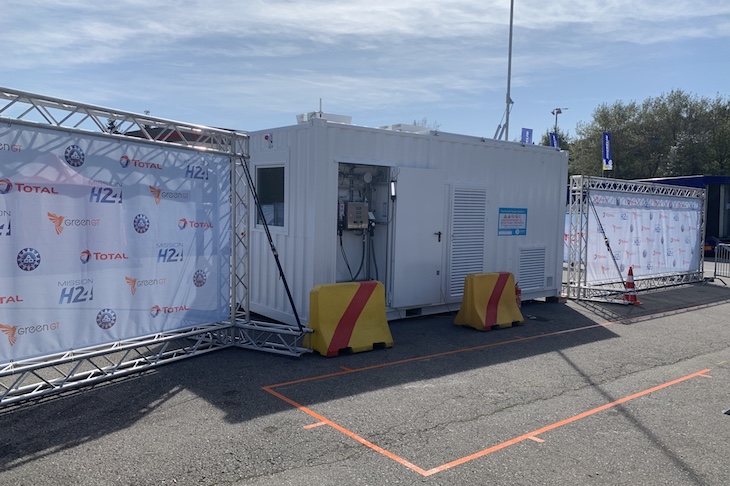 The car is still targeting c.GT3 levels of performance and the new programme of weight reduction is predicted to see that target made far more achievable than for the technologically impressive, but overweight LMPH2G.

The ACO’s plans to develop their planned 2023/4 Hydrogen fuelled regulations remain on track, more details on DSC next week.

Also announced were the additions to the H24 programme of new partners Richard Mille and French automotive supplier Plastic Omnium, which is to provide the fuel tanks for the 2024 hydrogen category, the lightweight composite tanks capable of containing Hydrogen at 700 bar with advanced impact resistance qualities.