Thursday afternoon’s Qualifying session having delivered Part One of the new-for-2020 Le Mans format, and setting the majority of the grid, the quickest six cars of each category (five in LMP1) filed out for the 30-minute shoot-out that would decide the order at the head of each class.

With bonus sets of qualifying tyres and an extra championship point for class pole, the ACO’s new Hyperpole session was designed to be a rapid-fire spectacle. Times from yesterday’s Qualifying session wiped out and zero’d, it would be the Hyperpole times alone that would now set the top three rows in each category.

With weather conditions perfect, drivers were nevertheless reporting a lack of grip at some parts of the circuit, and with this being a flat-out contest mistakes could be made, space and track position critical. Nick De Vries was the only driver to really overcook it, the #29 Racing Team Nederland car getting sideways at the entry to the Porsche Curves. De Vries gathered the LMP2 Oreca but spoiled his first set of rubber through the gravel.

Gustavo Menezes pushed for provisional pole in Rebellion’s #1 R13, but his effort was spoiled by Kamui Kobayashi as the session got into its stride and the track started to rubber in. 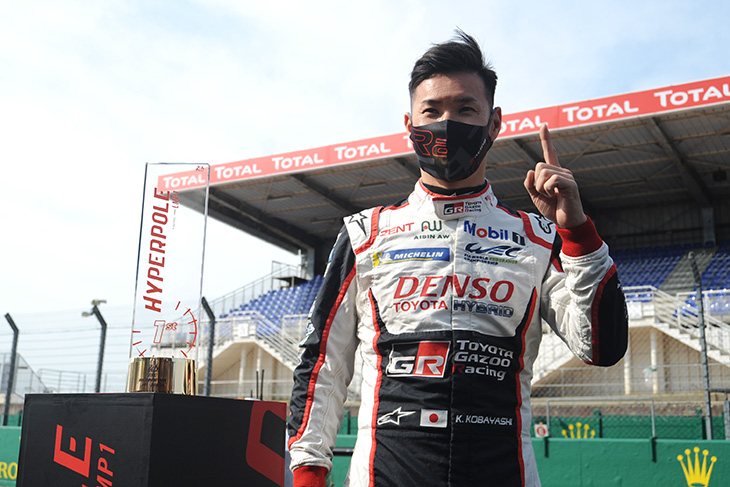 The #7 Toyota TS050’s 3:15.267 took overall pole position with Kamui Kobayashi, but a Toyota front row lockout was not to be, Menezes 3:15.822 keeping the #8 Toyota on the second row of the grid, his advantages nearly a second over Kazuki Nakajima’s best effort, though it remains unknown how much more there was left in either car after Kobayashi, firmly on lap record pace, exceeded track limits n the Porsche Curves when looking likely to shave several tenths off his own 2017 mark. 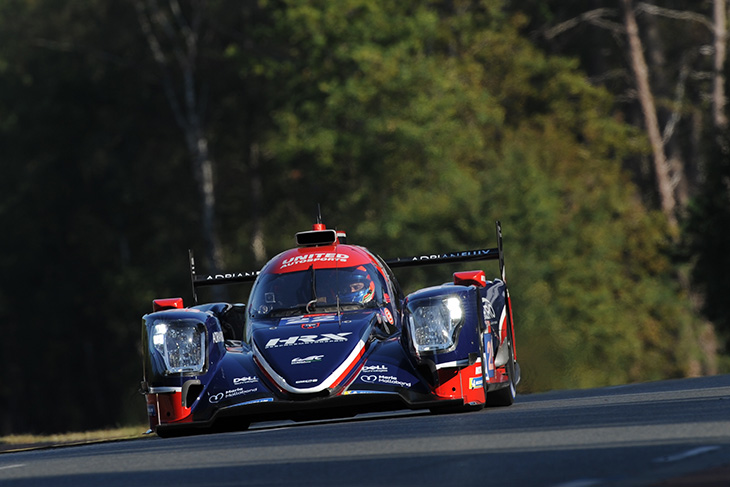 United Autosports put their marker down early to take LMP2 pole, Paul Di Resta’s 3:24.528 in the #22 car three tenths clear of Jean-Eric Vergne’s best effort in the #26 G-Drive Aurus: 3:24.860, di Resta taking the LMP2 qualifying record, a mark which will stand for some time with the LMP2s set to be reeled in next season. 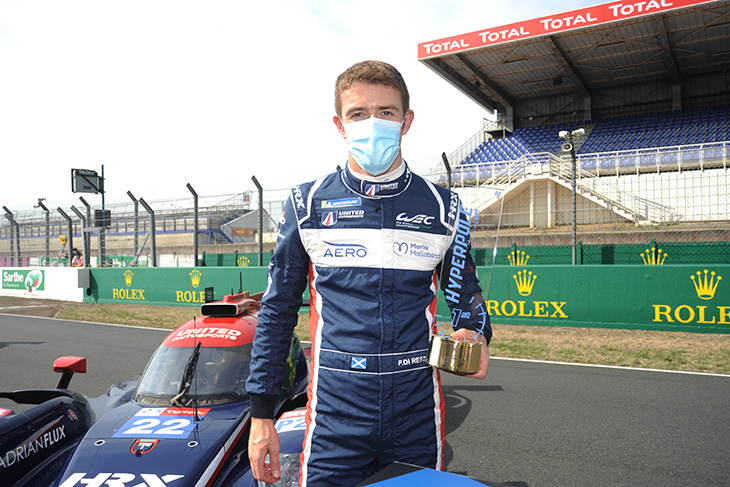 The United Autosports car will start on the third row overall of tomorrow’s grid, alongside the recovering ByKolles LMP1 car that used Hyperpole to bed-in overnight repairs.

Vergne’s time was chased hard by Nick De Vries in the dying minutes, the Dutch driver making up for his earlier error to place the #29 Racing Team Nederland Oreca third; 3:25.062, followed by Kenta Yamashita’s #33 High Class Racing Oreca in fourth with a solid string of laps, his best 3:25.426. 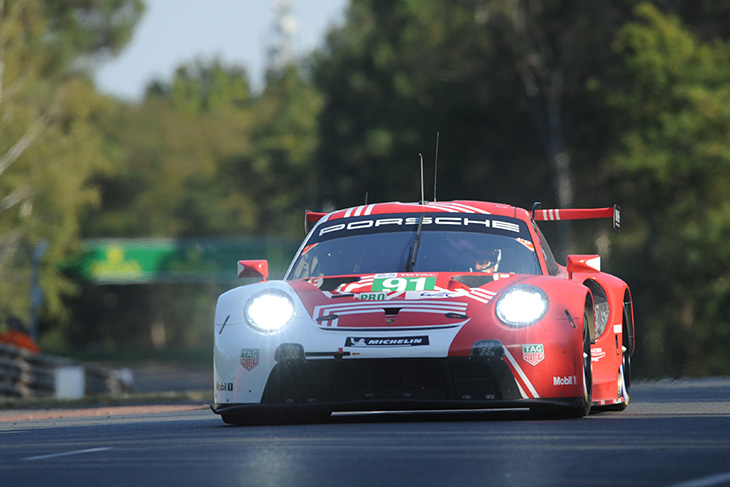 In GTE-Pro, Porsche took pole and the extra championship point, the #91 911 RSR posting an early 3:50.874 in the hands of Gianmari Bruni. 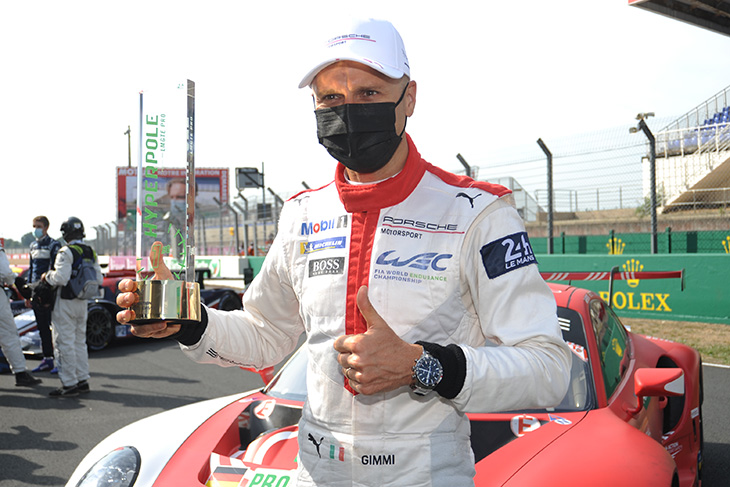 Sam Bird’s initial Ferrari times were scratched by the stewards having shown well early on, but the sister #71 AF Corse Ferrari still split the two Aston Martins as track temperature came up in the final moments. James Calado’s 3:51.115 showed what the 488 GTE EVO might be capable of having had fairly unremarkable previous sessions.

Marco Sorensen pushed the #95 Aston Martin Vantage AMR into third, its 3:51.241 a solid pace, with teammate Alex Lynn just a tenth behind. Sam Bird held on for Ferrari, the #71 car fifth.

GTE-Am looked to be in the hands of Matt Campbell’s #77 Dempsey Proton Porsche, which held steady at the top until Côme Ledogar got onto a charge in the retro-liveried #61 Luzich Racing Ferrari to steal the class pole. The Frenchman’s 3:51.266 would have placed the Ferrari on the second row of the GTE-Pro grid and bodes well for race pace, the car having shown consistently throughout the meeting so far. 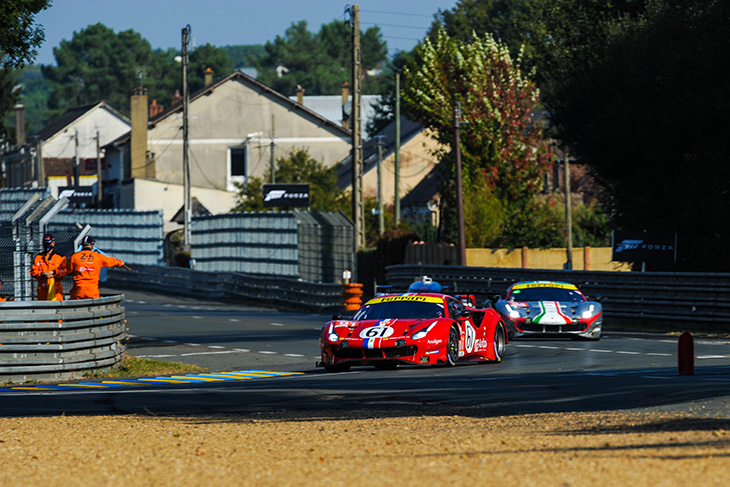 Ledogar’s mark further edged the class qualifying lap record away, held previously by Matteo Cairoli, better by Campbell before Ledogar made his bid. 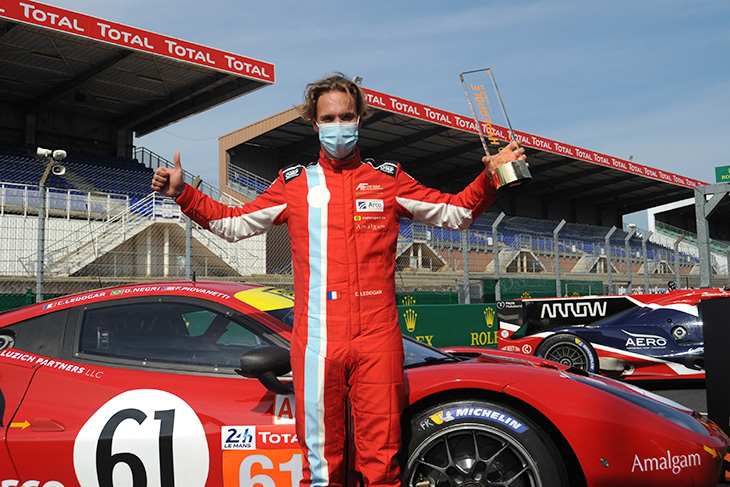 Campbell’s 3:51.322 kept all other challenges at bay for second, with the third row of the GTE-AM starters comprising the Team Project 1 Porsche in the hands of Matteo Cairoli and the #98 Aston Martin Racing, the 3:52.105 posted by Ross Gunn for fourth.