It rained, and rained heavily, for much of the night at Le Mans. The campsite for the TV Compound now has an extensive display of water features!

There was bad news for Nielsen Racing’s #7 new post-race from the first of two Road to Le Mans support races, the car demoted to 14th from 4th at the flag after being adjudged to have exceeded the maximum speed in a slow zone. 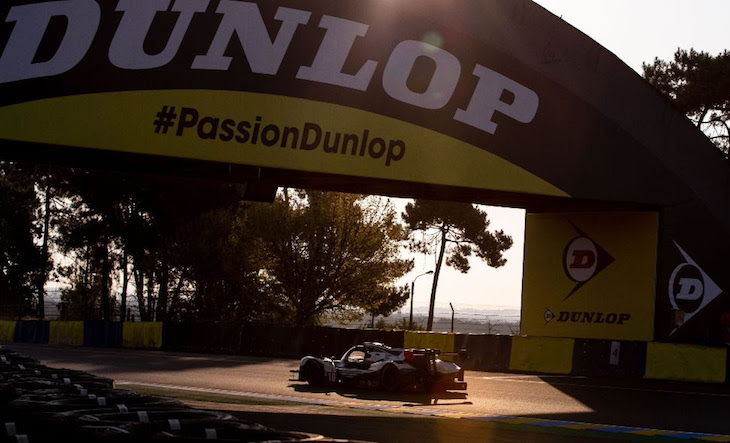 It was not a good day for the Nielsen team after the crew were forced to rebuild the sister #10 car overnight pre-race around a replacement tub after chassis damage caused by contact with a track marker from Rob Hodes in Free Practice.

Hodes and Garett Grist would finish a place behind the sister car in 15th.

In addition to the 2 x Road to Le Mans races, reduced to 13 laps because of the fuel consumption issues for the new for 2020 Nissan VK56 engines, the 2020 Le Mans 24 Hours is supported this year by a one-make Porsche Carrera Cup ‘Le Mans’ race with a Grid of 52 Porsche 911 GT3 Cups drawn from Porsche Championships around the world. 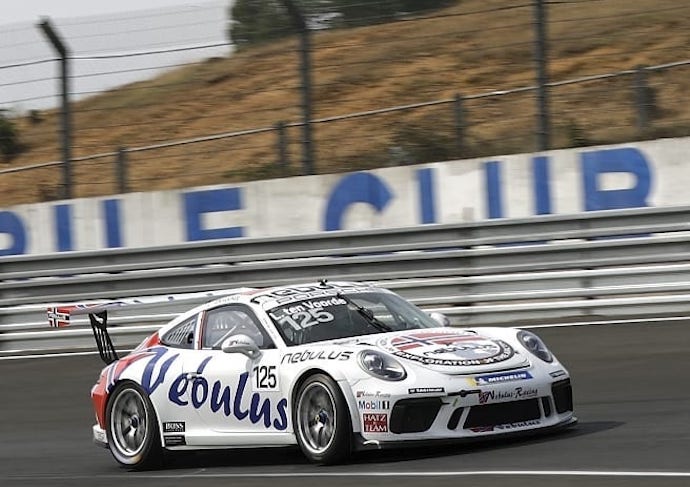 Amongst the entrants are a number of drivers doing double duty with the main race, Dom Bastien, ‘Steve Brooks’, Larry ten Voorde, and Max van Splunteren are all racing, together with 2020 ELMS regulars Alessio Picariello and, in the VIP car, Michael Fassbender.

There’s some housekeeping to note for the main race too with several cars falling foul of the Stewards for a variety of infractions which will impact their run.

Both the #82 Risi Competitizione and #52 AF Corse Ferraris are demoted to the back of the grid after Parc ferme infractions.

Two LMP2 cars, the #11 EuroInternational Ligier, and the #21 DragonSpeed Oreca will have 20 seconds added to their first pit stop for full course caution speed violations in Free Practice.

The WEC GTE AM Championship leading #83 AF Corse Ferrari gets a pair of 5-second penalties for a yellow, and then a further red flag speed violation.

IDEC Sport’s Dwight Merriman is understood to have suffered a fractured vertebra in the Free Practice accident which eliminated him from further running this weekend, Patrick Pilet stepping into the seat. 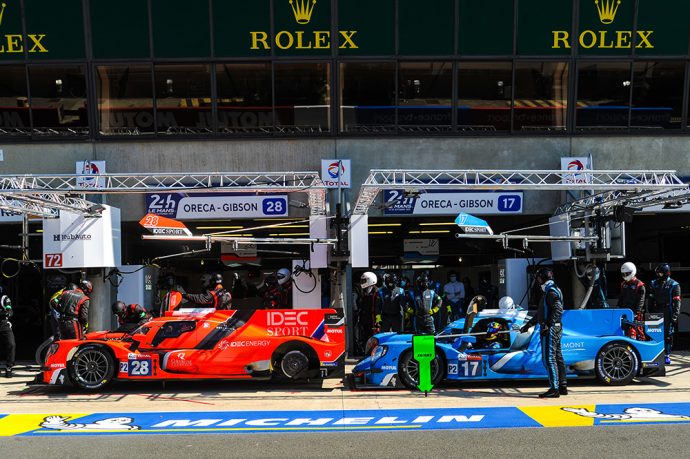 The crash damaged #17 and #28 were both out and running yesterday together with the also previously crumpled ByKolles. The #62 Red River Sport Ferrari looks set to be back running in the pre-race 15-minute warm-up this morning.