Toyota Gazoo Racing has done it. Another incredible run by its #8 TS050 HYBRID has secured a third straight win at Le Mans for the Japanese marque, after a valiant effort from rival team Rebellion Racing ended with a second place finish for its #1 R-13 Gibson.

Kazuki Nakajima, Sebastien Buemi and Brendon Hartley were pretty much faultless for the entire 24 hours, only a brake duct issue cost them time in the garage early in the race. That aforementioned issue looked to set up the #7 sister Toyota for a famous first Le Mans win, but a turbo-charger failure would cost Mike Conway, Kamui Kobayashi and Jose Maria Lopez dearly. Overnight the #7 lost multiple laps in the garage and dropped outside the top three.

This left the two Rebellions to take the fight to the #8. The Swiss-flagged team, in its final Le Mans start, put up a valiant effort to keep the pressure on. But ultimately neither R-13 could consistently keep tabs with the lead Toyota over the course of the race, despite the cars being quicker over a single lap, the #1 finishing with the race’s fastest lap. 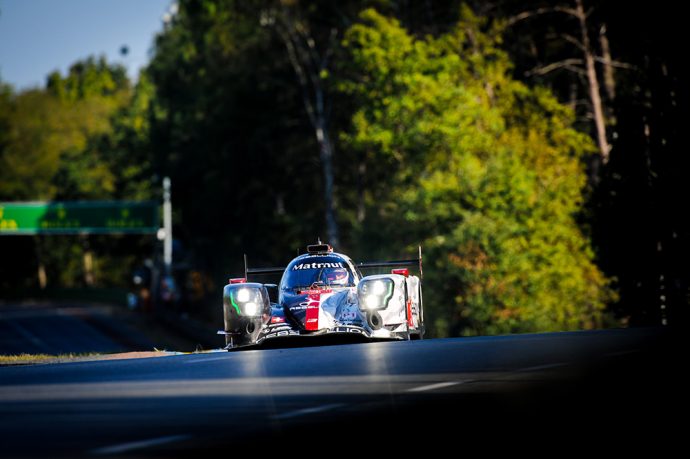 All Rebellion’s drivers were told to preserve the cars throughout, in the hope they could pick up the pieces should the lead Toyota suffer any mechanical issues or fall foul to an incident in the run to the flag. The No. 8 had a steady run to the finish though, and would win by a margin of six laps.

Unfortunately Rebellion couldn’t make it a double podium either, as late drama for the #3 R-13 promoted the #7 Toyota to the final podium spot in the penultimate hour.

Louis Deletraz had a costly off at Indianapolis, brushing the barriers, forcing the car in for an unscheduled stop. The team had to replace the nose and rear, before battling with getting the car fired up after the stop. The car suffered a recurring starter issue, unable to fire up after its hourly services in the final hours of the race. It would limp home fourth.

GTE Pro, down on numbers but certainly not excitement this year, saw a sublime performance from Aston Martin Racing’s #97 Vantage AMR, which outlasted a race-long challenge from the #51 AF Corse Ferrari. 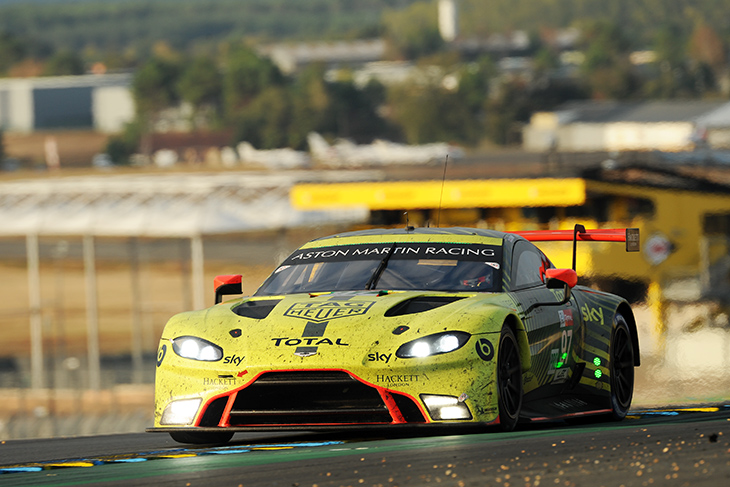 This one was an Aston vs Ferrari battle for the entire race, Porsche’s pair of 911 RSR 19s lacking pace in their Le Mans debut. It didn’t make for a dull affair though as the pendulum swung between the two leading marques throughout the race.

But ultimately Alex Lynn, Maxime Martin and Harry Tincknell’s day, all three pushed hard, had a clean run and didn’t even need to undergo a brake change en route to victory, finishing a lap ahead of the #51. It was a double podium too for Aston, as the #95 of Nicki Thiim, Marco Sorensen and Richard Westbrook took a well earned third.

GTE Am and LMP2 meanwhile, saw drama all the way to the flag. 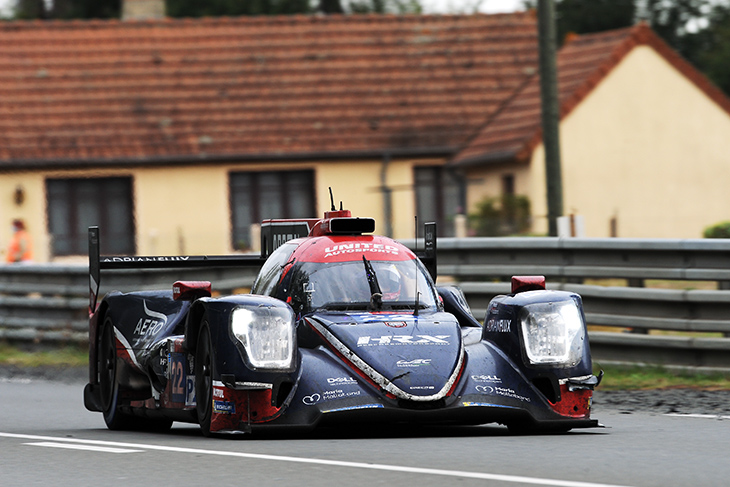 LMP2 was dominated by United Autosports’ #22 ORECA. Arguably the favourites going in, Paul Di Resta, Phil Hanson and Filipe Albuqeurque showed exactly why during this race. The #22 spent the entire second half of this one in the lead, edging away as the other contenders either faltered or struggled to stay consistent.

A late safety car in the final hour bunched up the field, and a late splash of fuel for Hanson meant JOTA’s Goodyear-shod ORECA looked in with a shout at snatching the victory. There were just a few seconds between Hanson and Davidson after he took fuel, but Hanson stayed calm and JOTA bluffed, it too needed a splash, relieving the pressure with 5 minutes to go.

JOTA would have to settle for second, with Panis Racing taking a surprise third after G-Drive Racing’s #26 Aurus had a front right suspension failure in the penultimate hour.

Am meanwhile saw TF Sport make it a double win for Aston Martin this year. Tom Ferrier’s team scored a dominant victory with the Vantage AMR, becoming the first Aston customer team to claim a Le Mans win in the process. Jonny Adam, Charlie Eastwood and Salih Yoluc emerged as clearly the strongest trio in the field as the sunset on Saturday night and scored TF Sport’s biggest ever victory. 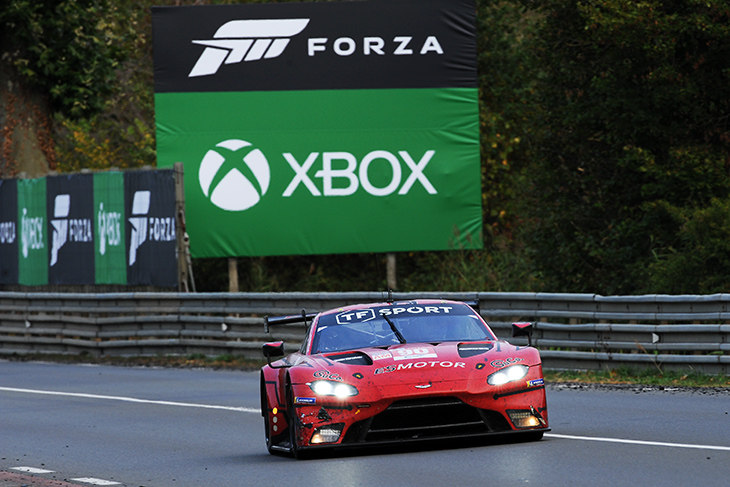 GTE Am saw late dramas too, a three-way battle for second place after the final safety car which ended with Dempsey Proton’s #77 Porsche taking second, AF Corse’s #83 Ferrari completing the podium and the #56 Project 1 911 missing out on silverware.

There will be much, much more on DSC in the coming days about this most extraordinary event, for now, the DSC Editor is heading for the Channel but not before thanking Peter May and David Lord, Martin Little, Ryan Kish, RJ O’Connell and Michael Zalavari, and, in particular to Stephen Kilbey – your DSC team for the 2020 24 Hours of Le Mans.