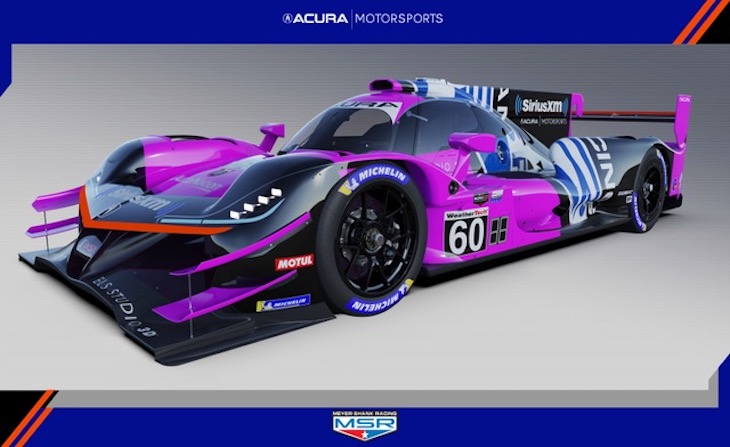 Acura Motorsports has confirmed it will partner with Meyer Shank Racing and Wayne Taylor Racing to campaign a pair of Acura ARX-05 Daytona Prototype International entries in the IMSA WeatherTech SportsCar Championship, beginning in 2021, both teams in receipt of multi-year Acura contracts.

“It is a pleasure to announce that Wayne Taylor Racing will be joining the Acura ARX-05 IMSA program in 2021, along with Meyer Shank Racing, which will build on our very successful partnership by moving up to the prototype ranks,” said Jon Ikeda, Acura Brand Officer. “We’re confident that both teams will help us build on the successes we’ve achieved to date in IMSA competition, as we continue to apply Precision Crafted Performance to all of our activities, on the race circuits of North America, in our production vehicles, and in the market place.

“We also want to thank Roger Penske, who has long been an important part of the Acura family as one of our great Acura dealers. It has been a privilege to have Roger as part of the Acura Motorsports family over the past three years.”

Defending IMSA GTD class champion Meyer Shank Racing (MSR) is in its third decade of operation. With wins in some of the biggest races in the sport, the Ohio-based team played a key role in the development of the successful Acura NSX GT3 Evo, and has raced the car to victory lane in four consecutive seasons, culminating in the drivers’ and teams’ titles in 2019. Acura and MSR are the current leaders in all three major GTD title championships.

Meyer Shank are breaking ground on a new and larger facility next week. 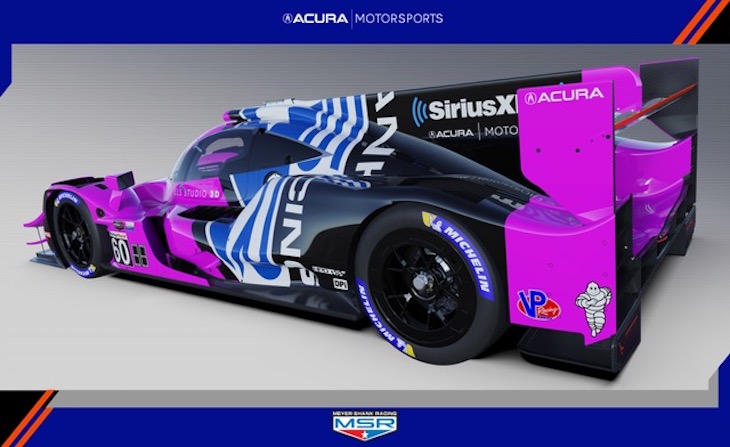 “When Acura and HPD chose Meyer Shank Racing to debut the Acura NSX GT3 in 2017, it was a big moment in our history. I’m really proud of building a championship-winning program and everything that we’ve been able to accomplish together with the NSX,” said Michael Shank, co-owner of Meyer Shank Racing. “As a team, we’ve been working toward the opportunity to go and fight for overall wins for a long time, and I am eager to get going with this program. But we have some work to do first, and we are 100 per cent focused on bringing another IMSA championship home with the Acura NSX in 2020.”

“Mike and I are both eager to expand our IMSA program and get to once again work with Acura and HPD,” said MSR co-owner Jim Meyer. “Mike has built such a strong IMSA program over the last decade, and this is another step that we’re looking forward to pursuing.”

Wayne Taylor Racing (WTR) has built a proven track record of success and ingenuity in the IMSA WeatherTech SportsCar Championship Prototype class, including two IMSA driver championships (in 2013 and 2017) and the 2017 IMSA DPi team championship. A three-time champion as a driver in sports car competition and Le Mans winner in 1998, Taylor’s Acura roots stretch back to 1992, when he drove for the championship-winning Comptech Acura team in IMSA Camel Lights competition. 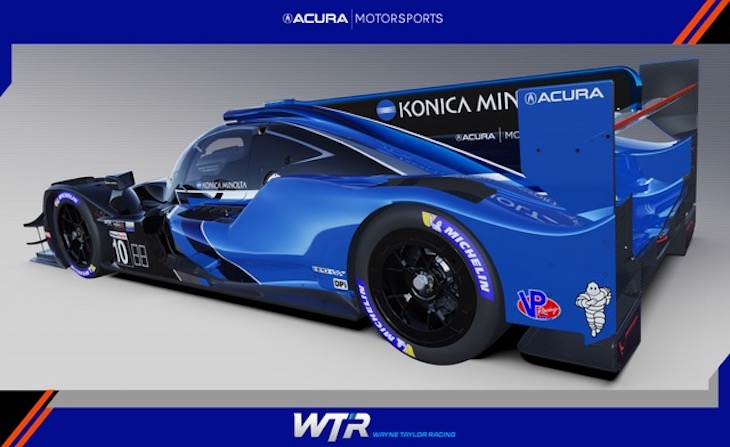 “I am extremely excited to have this opportunity given to me by HPD and Acura Motorsports,” said Wayne Taylor, owner of Wayne Taylor Racing. “Since getting to know everyone at HPD and Acura Motorsports, I feel that they have a lot of respect for the Wayne Taylor Racing family. What I really like is that they have the same passion and vision as I do. I am looking forward to running the DPi for the next few years. I am equally excited to be able to bring my long-term partnership with Konica Minolta, Rick Taylor and Michael Mathe to the program. We all can’t wait to get started.”

“We welcome Wayne Taylor Racing into the Acura Motorsports family, and very much anticipate their contributions to our prototype program,” said Ted Klaus, president of HPD, the competition arm for Acura Motorsports. “Equally, we look forward to growing our successful partnership with Meyer Shank Racing, now in DPi. Our intention is to have Acura Motorsports partner with MSR and WTR, to not only continue our championship ways in DPi, but to collaborate to develop the next generation Acura LMDh. Finally, we want to thank Team Penske for their outstanding effort and impressive results together with Acura and HPD these past three years.”

In addition to sweeping all three major IMSA DPi championships in 2019, for Manufacturers, Drivers and Teams, the Acura ARX-05 has scored six race wins, 14 additional podium finishes, and 11 poles from 25 races in two-and-a-half seasons of IMSA multi-manufacturer competition that has included Cadillac, Mazda and Nissan. Acura comes to the Mid-Ohio Sports Car Course seeking a third consecutive win this season, as well as a third consecutive victory in this weekend’s Acura Sports Car Challenge at Mid-Ohio.

Acura Motorsports also campaigns the Acura NSX GT3 Evo in the IMSA GTD category, with defending GTD champion Meyer Shank Racing and the Gradient Racing organizations. Winner of the IMSA GTD driver and team titles in 2019 and the current GTD championship leader, the NSX program is expected to continue in IMSA competition in 2021.

The Acura ARX-05 (Acura Racing eXperimental, generation 5) is the latest in a line of endurance prototypes to be fielded by the company dating back to 1991, just five years after the 1986 launch of the Acura brand. Based on the ORECA 07 chassis, the ARX-05 features Acura-specific bodywork and utilizes the race-proven, production-based Acura AR35TT twin-turbocharged 3.5-litre V6 engine.