2020 has seen some strange moments, the world stood still under lockdown, and even now as international sport gets back onto its feet there are still moments that remind us that there is a way to go yet before we can return to normality.

For Falken Motorsports, one of those moments comes this week as the team arrives for its 2020 Nurburgring 24 Hours effort.

Falken has been racing at the Nurburgring 24 Hours for two decades, but none of the prior editions will look or feel like this year’s. There will be no fans on the Nordschleife, (though happily there will be some on the GP loop!). 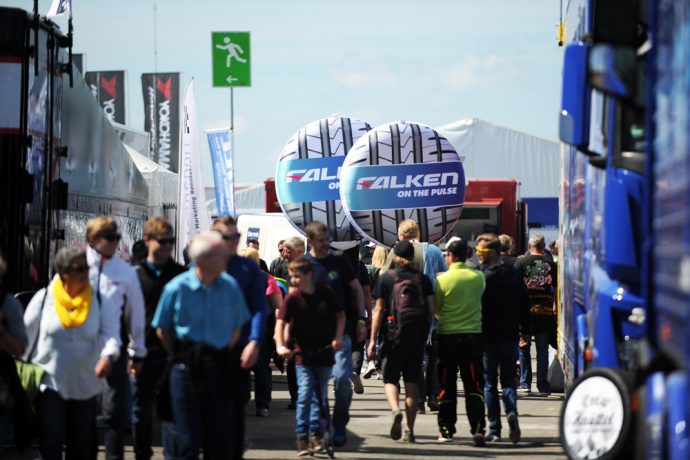 Whatever small inconveniences come with the tens of thousands that flock to the paddock, and the hundreds of thousands that camp in the woods, there’s not a single member of the Falken Team that wouldn’t want the fans back where they belong.

Team personnel meanwhile have to get their heads around a raft of restrictions and protocols to follow in the paddock and pit lane, something that will be all the more taxing when track action gets underway, the garages at the ‘Ring holding up to six cars apiece making working conditions challenging even at the best of times!

And that’s before we get to the race itself.

The news this week of the pull-out by Porsche of its factory drivers and engineers after a small number of factory personnel tested positive for COVID19 following the Le Mans 24 Hours meant a rapid re-think was necessary by Falken.

While KCMG, another Porsche customer team affected by the withdrawal of Porsche’s factory talent, has drafted in replacements for this weekend, Falken has decided to reduce its squad of drivers from eight to six. 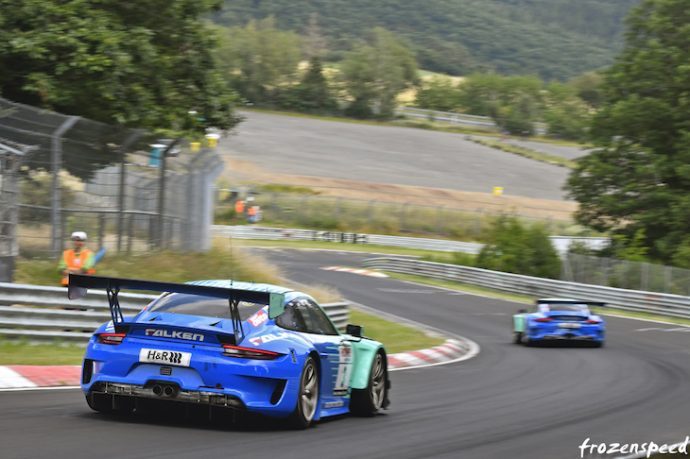 “Our remaining six drivers are a well-rehearsed team and are familiar with the tyres and the two Porsche 911 GT3 R. We have therefore decided not to replace them,” said Stefanie Olbertz, responsible for motor sports at Falken.

It’s an interesting decision. How will the drivers fare with the extra workload?

Time will tell, but Falken’s sextet are a highly experienced bunch.

Sometimes more track time can be a benefit to drivers at an event like the N24, but it is a particularly physical race, one that takes its toll on everyone behind the wheel at some point.

Then there’s the weather. Overcoming the conditions is always the key at the ‘Ring, and this year will be no exception. With more hours in full darkness this year because of the date change and the threat of cold temperatures and heavy rain at the time of writing (though that isn’t necessarily unusual!) it will have a different feel.

A smaller entry list than usual (101 cars) will also have an effect on the racing. DSC spoke to Falken driver Matteo Cairoli before it was revealed that he would be unable to take part. He said the pace, if it’s dry, should be “blistering”, as there will be fewer slower cars to lap, giving the GT3 drivers more clean air than ever before. Successfully navigating traffic is always key to success at the N24; this year getting settled into a rhythm and making the most of the additional track space will be even more vital. An all-out sprint race is expected here.

As for the tyres themselves, Falken heads into this year’s race with high hopes.

Falken has been improving its product range for the Nurburgring 24 Hours year on year and is looking to improve on its fifth-place finish last year.

The highly rated Cairoli, who was new to the team, and the Falken rubber, was complimentary when asked about his experience with the tyres in the NLS races he’s competed in this year. He told DSC that it didn’t take him long to get up to speed, and feels they are particularly strong in medium and slow speed corners.

The question mark will be wet weather, as thus far the decisions of the weather gods mean that Falken hasn’t raced in the wet with its 2020 tyres at the ‘Ring.

In the SP9 category, there is, as usual, an all-out tyre war, with teams running Michelin, Goodyear and Yokohama tyres up against Falken’s Porsches. It remains to be seen which brand has the best wet tyres if the predicted heavy rain arrives….

One advantage Falken hopes it will have on most of its competitors though, is the 911 GT3 Rs it has entered in the race. While a Porsche hasn’t won an NLS (formerly VLN) race outright this year (the victories have come from BMW, Mercedes, Ferrari and Audi efforts) Porsche’s GT3 offerings have proven their worth time and time again on the Nordschleife. You only have to look back to the 2018 edition, which was held in heavy rain, and was red flagged due to fog, to find Porsche’s last winner. 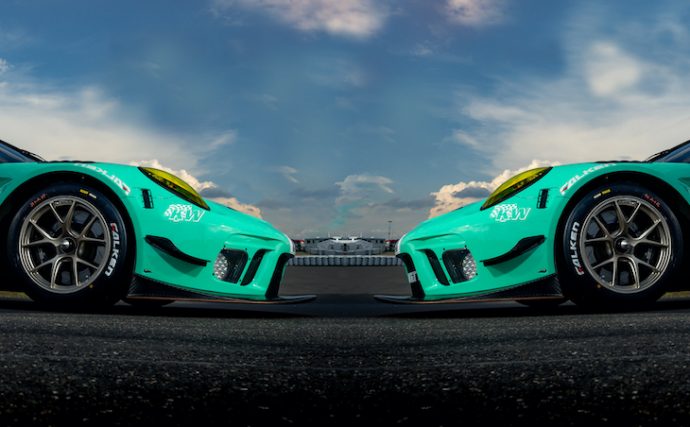 Falken has opted to run two identical cars this time, after racing with a BMW M6 GT3 and a Porsche 911 GT3 R last year (below). This should streamline its preparatory work behind the scenes and made it easier to work as a complete unit, rather than running as two separate divisions internally, with each side of the garage working with a rival German marque. 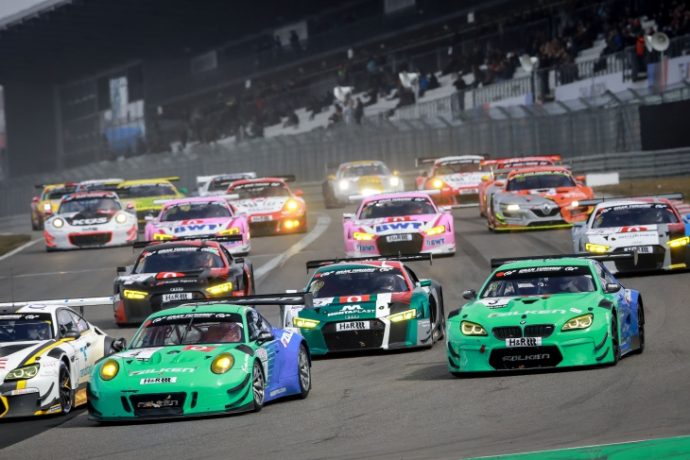 After so many years of trying, and so many near misses, could the team’s best result come in the most unlikely circumstances? The irony of a fan favourite taking the win in the year with so few fans on site isn’t lost on anybody!