The first post-Le Mans IMSA race sees the championship head to the Midwest and the fan-favourite 2.258-mile circuit of Mid-Ohio. While car count in the Weathertech Series has taken a hit, it still looks to be a promising weekend that includes a double-header for the Michelin Pilot Challenge Series runners.

Porsche has pulled out of GT Le Mans at Mid Ohio after three positive COVID tests were discovered within the team at Le Mans. That outbreak has also hampered the efforts of Porsche at the Nurburgring 24 Hours this weekend. 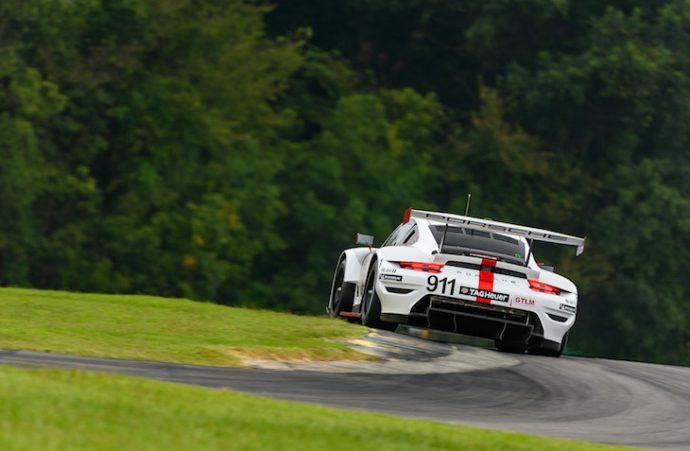 “Based on yesterday’s decision that no employee or racing driver of our Le Mans team will participate in the Nürburgring 24 Hours, we have today decided that this ruling will also apply to the upcoming IWSC race in Mid-Ohio. Fritz Enzinger, the Vice President of Motorsport at Porsche said earlier in the week.

“This is very regrettable, but we would like to emphasise that in this case as well the health of all those concerned is the prime focus of the decisions we have taken,” Enzinger added.

That leaves just BMW and Corvette in a four-car GTLM field.

The #63 Weathertech Racing Ferrari 488 GT3 will also skip the Mid-Ohio round. Cooper MacNeil has opted to fight for the title in the Ferrari Challenge series which is racing at Weathertech Raceway Laguna Seca this weekend.

“We were hoping this conflict would be one of the changes we saw to the calendar, but unfortunately, it was not,” Scuderia Corsa team owner Giacomo Mattioli said. “In the past, Cooper has done everything possible to put himself in two places at the same time, but this year, following the travel back from Le Mans and with the two races being on different coasts, we felt it was better for him to pick one series for him to concentrate on. 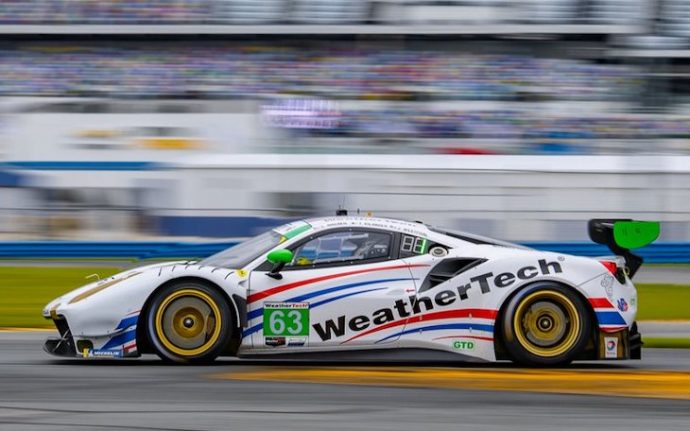 The #63 Ferrari has not been particularly competitive this season, the car is currently eighth in the standings.

The IMSA technical team has made very minor changes to the Balance of Performance tables.

In DPi, both the Cadillac DPi-V.R. and the Mazda RT24-P got a three-litre increase to their fuel tank size. There were no adjustments to engine power or minimum weight. 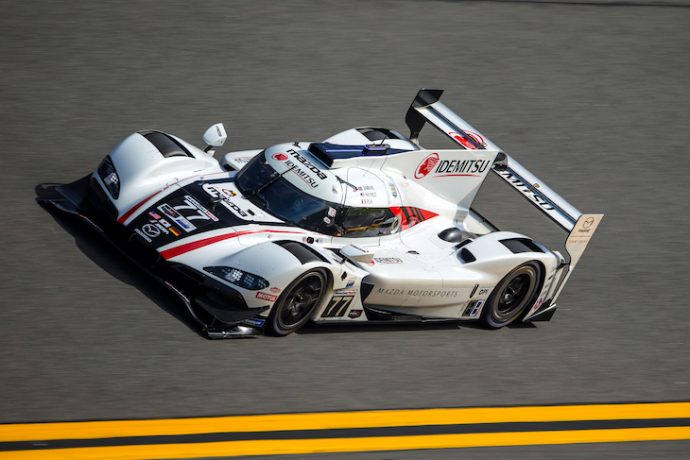 In GTD, it was largely the same story with a handful of minor adjustments to fuel tank sizes including the Lexus RC-F GT3 getting an additional two litres of fuel-tank size. The biggest change in GTD came for the Aston Martin Vantage GT3 which got a 30kg break in minimum weight to try and bring that car up to others.

The Michelin Pilot Challenge series has a double-header in store for this weekend at Mid-Ohio. The first race of the weekend is set for Saturday 1 P.M. local time. Race two will serve as a warm-up for the Weathertech series on Sunday morning with the green flag set for 10:30 A.M. local time. 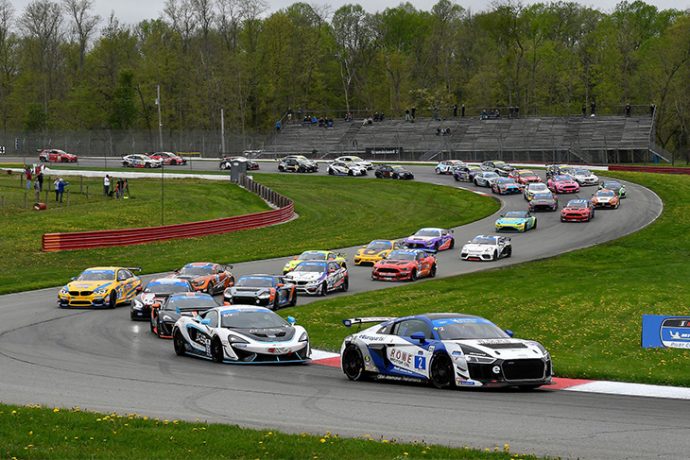 Both races will be two-hours in length.

There will be 20 cars in GS and another 11 cars in TCR for the two races.

When the Corvette C8.R takes to the track for Free Practice, it will be the first time the C8.R runs at Mid-Ohio as the team has not completed any test laps at the circuit in the development of the next-generation Corvette. 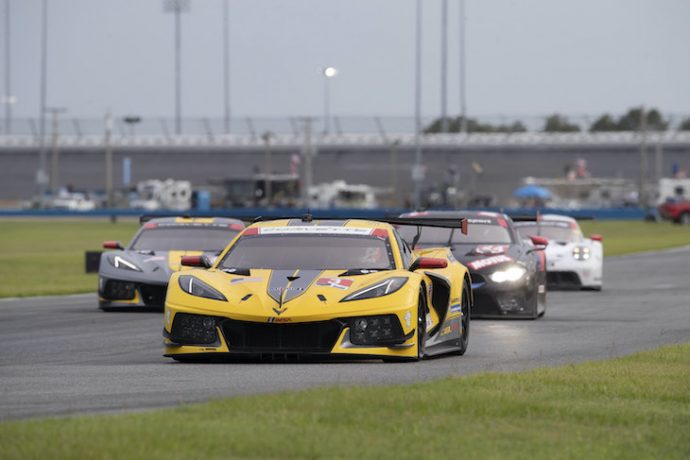 “It will be a challenge to figure out what will be the best baseline at Mid-Ohio in a very short amount of time.” Antonio Garcia said. “With this new schedule of running just a couple of practices, it makes things very challenging – not only for us to get up to speed in a very short time but also to put down a decent test program.”

Corvette currently holds on to a 1-2 in the championship standings with the #3 Corvette C8.R leading their teammates by 14 points. Corvette is still looking for success at Mid-Ohio since the series returned to the track in 2018. Their last win at the track was in 2012.

“It will be difficult going to Mid-Ohio. It’s a track where we haven’t tested the new Corvette. It’s a situation where we can rely on the simulator, which has been a great tool for us.” Jordan Tayor said. “It’s shown great results where we can develop the car and then it shows up well on the track. Personally, every track we’ve gone to this year has been a learning curve,” Taylor added.

Whilst there was good news from the announcement that Meyer Shank Racing will join Wayne Taylor Racing as the Acura DPi teams in the IMSA Weathertech Sportscar Championship, there was a downside too as Michael Shank confirmed that his team’s focus will be entirely on their prototype programme next season and that Meyer Shank will not, therefore, enter the GTD class in 2021 with the Acura NSX GT3 Evo. 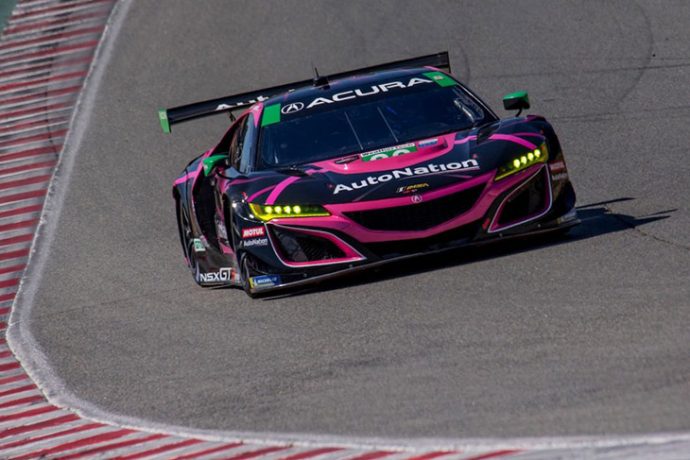 Shank though, who has campaigned the NSX GT3 since 2017, joined HPD President Ted Klaus in a spirited promotion of the NSX, its available commercial and support package, and MSR’s willingness to assist any customer team coming forward to campaign the cars.

“We have so much data and history. All of the people, crew-wise, are going to go from the NSX programme to the prototype are all in-house here. We are a phone call, text or email away and we’ll help them.

“It’s a no-bull answer to a set-up question at Lime Rock. We could help from two years ago.

“We’ve always said our commitment was to HPD, that we’d help teams when they came along.

Meyer Shank is current GTD class leaders in the IMSA Championship and lead in the standings by 12 points with Mario Farnbacher and Matt McMurry.

Klaus meanwhile maintained that HPD’s GT3 customer support package was far in excess of rival IMSA manufacturers package with “championship-calibre cars, championship-calibre set-ups and support. It’s there for the taking. We are transiting that to a true customer program as MSR steps up to go to DPi.

“We give these customer teams essentially semi-factory support. Meyer Shank is going to share with them things they’ve known for well over five years.”