The opening hours of the 2020 Total Nürburgring 24 Hours were dominated by a pair of battling Mercedes AMG GT3 Evos with Raffaele Marciello taking an early lead in the #9. 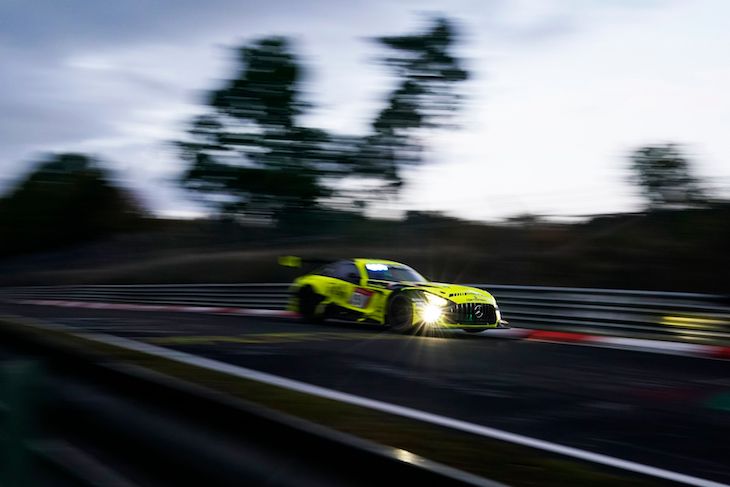 GetSpeed Performance car with only the pole setting #4 Haupt Racing Team AMG of Maro Engel able to hang on as the leading pair drew quickly away from a chasing pack.  Marciello got by Engel, and the fast-starting #26 Octane 126 Ferrari of Jonathan Hirschi, before the field got clear of the Grand Prix circuit on the opening lap and then pulled away on a wet/ dry/ wet circuit under threatening skies, the Ferrari slowing dramatically towards the end of Lap 1.

The AMG train pulled out over 50 seconds to the next car in the order as traffic became a factor, the Schnitzer BMW storming up to third in the early stages in the hands of Martin Tomczyk, chased initially by a pair of fast starting Audis, Frank Stippler and Markus Winkelhock in the #5 Phoenix and #3 Audi Sport Team R8 LMS GT3s with a storming early run from Marco Mapelli, and then Franck Perera in the #21 Konrad Lamborghini overhauling all three of the chasers to grab third overall by the end of Hour One. 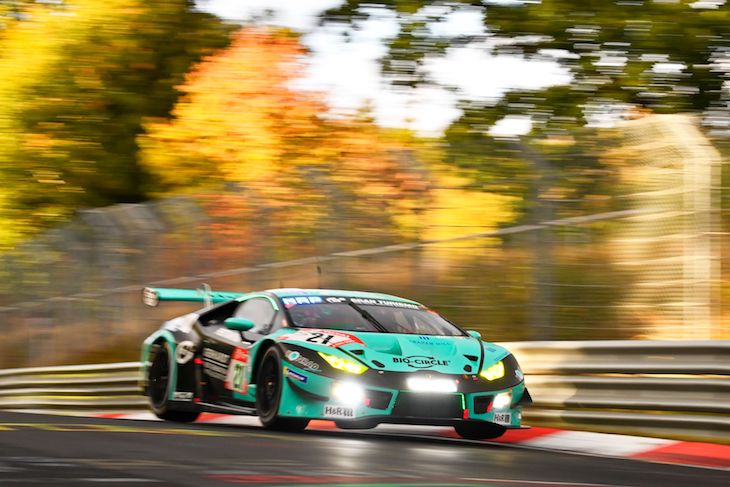 By then the chasing Audi pair had become a trio with Frederic Vervisch joining in the fun – He’d lead for a lap in the #1 Audi Sport Team machine, staying out as the cars ahead pitted.

There was a bizarre incident for the Lamborghini in an early pit stop, a mechanic’s boot caught under the car as the car came off the jacks – he escaped without injury it seems and continued his duties with a single stockinged foot!

There were early troubles for the #8 GetSpeed AMG of Matthieu Vaxiviere, the Frenchman taking the shortcut back into the pits after completing the Grand Prix loop, apparently with a braking issue, the car seemingly a retirement after just 5 laps.

Next SP9 in trouble was the Pro-Am crewed #100 Walkenhörst BMW, a heavy hit into the barriers at Brünnchen putting the car out on the spot, much to the chagrin of Jorg Müller who was sent out to assess the damage.

And then the Lamborghini plummeted down the order, Perera stationary after the car had left a long oil slick, the car recovered but seemingly out of the race too.

As darkness started to fall, and with much more rain forecast, the AMG pair still led comfortably, but the order reversed in the pit stops, Manuel Metzger leading Maxi Götz into the night. 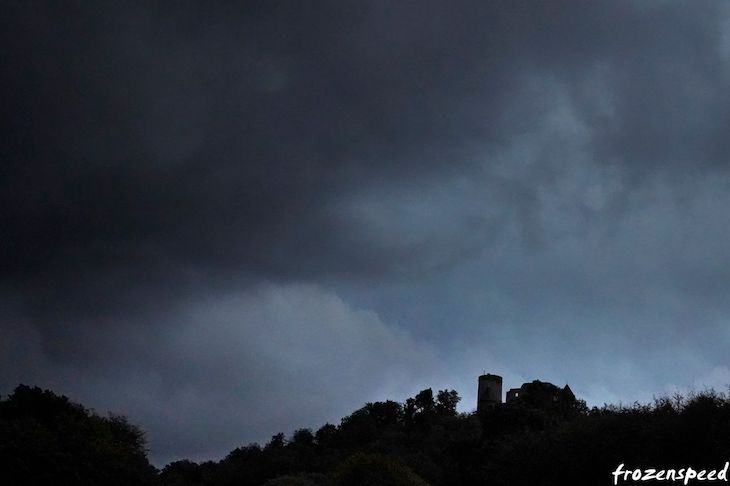 Behind the #29 Land-run Audi joined the chasing group with the #31 Frikadelli and both KCMG Porsches batting with the Schnitzer and #99 ROWE BMWs battling for the lower positions in the top ten. 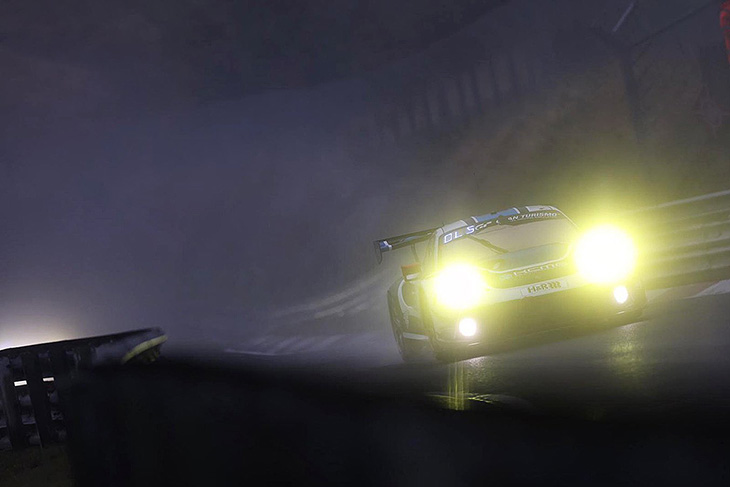 Further back the #704 Glickenhaus 004 was troubling the top 20 as darkness fell. 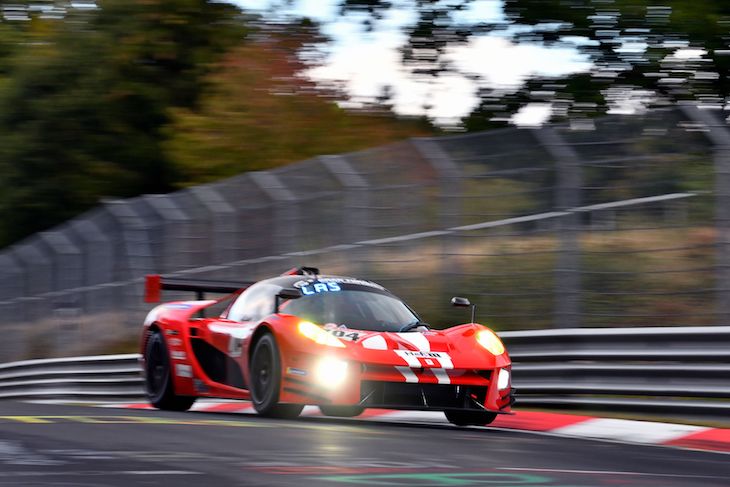