There were two more test sessions on a rather rainy Wednesday (a 2 hour morning session and a five-hour afternoon session) to complete two days of official testing for the 2020 Total 24 Hours of Spa, set to take place 22/25 October.

Whilst the #72 SMP Racing Ferrari with Miguel Molina, Davide Rigon and Sergey Sirotkin was fastest on the day, it’s 2:19.093 in the morning session did not better the best Tuesday time of 2:18.337 set by the #12 GPX Racing Porsche.

The afternoon session proved a little slower with the #88 AKKA-ASP Mercedes-AMG GT3 Evo setting a best time of 2:19.318. 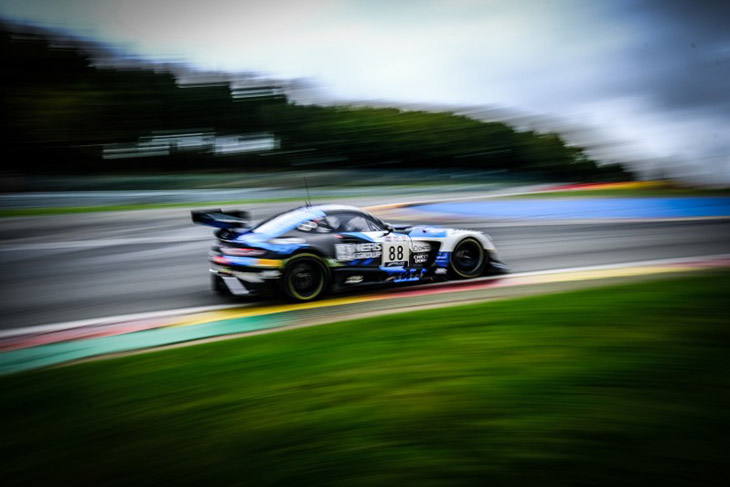 That meant that a different GT3 brand set the fastest time in each of the sessions with the #66 Attempt Audi fastest on Tuesday Morning, Boutsen Ginion’s BMW M6 GT3 ‘Art Car’ topping the Tuesday afternoon session, then GPX’s Porsche topping the night session to round off Tuesday.  Wednesday saw the session topping efforts from the SMP Ferrari and #88 AKKA-ASP AMG.

Barwell Motorsport clarified to DSC that despite their #77 car being listed in the official entry they only had one Lamborghini present (The #78). Tuesday saw the car running with the team’s Pro-Am crew, including Spa 24H addition Ricky Collard with the Silver Cup Barwell squad running on Wednesday. Both crews shared the car in the Tuesday night session. 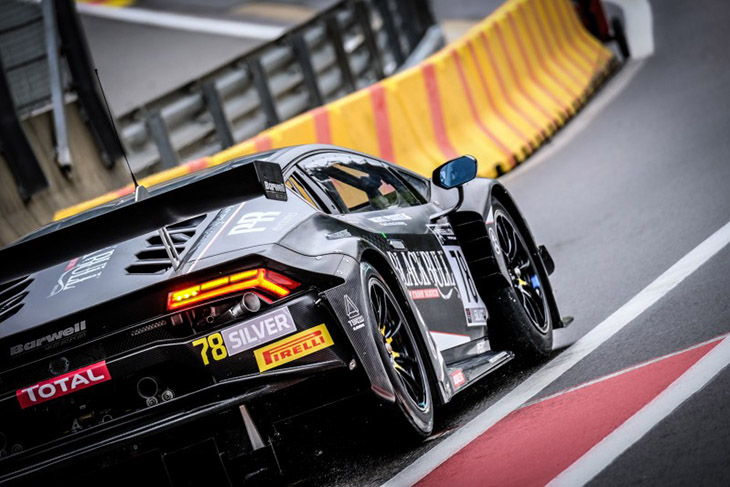