Victory at Donington ensures Patrick Kujala and Sam De Haan must serve the maximum Pitstop Success Penalty tomorrow. But the latter went some way to easing the burden by claiming pole position for the first 60-minute race. 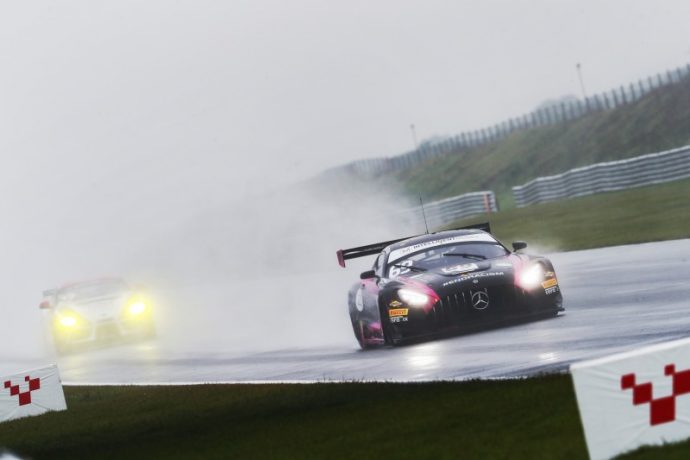 The wet but steadily improving track conditions meant lap times reduced by two seconds in Q2. But on an afternoon tailor-made for Snetterton specialist Phil Keen it was team-mate Sandy Mitchell who set a blistering pace to grab pole.

RAM’s Yelmer Buurman initially led from Keen before the Huracan driver hit his stride on the second round of flying laps to turn a 0.090s deficit into a 0.015s advantage.

Meanwhile, a loose driver safety net was threatening to derail Mitchell’s challenge before it began. But there was no stopping the Black Bull-backed Lamborghini after a quick pitstop helped fully restore visibility. Indeed, the Scot immediately took provisional pole on his first flyer before overturning Keen’s subsequent improvement with arguably the lap of the season. Three purple sectors accounted for a 2m04.303s – an incredible 0.543s quicker than his team-mate who completed an all-Barwell front row.

Balfe’s McLaren lines up sixth courtesy of Joe Osborne who beat Sam Neary by 0.3s. However, ABBA’s Mercedes-AMG will start Race 2 from the tail of the GT3 pack tomorrow after suspension failure prevented the completion of two flying laps, as mandated in the regulations.

Jordan Collard backed up his first win of the season last time out by securing pole position for tomorrow’s opening race at Snetterton. Co-driver Patrik Matthiesen then looked good to make it a double delight for HHC and McLaren, only to be denied by a stunning late lap posted by Academy Motorsport’s Matt Cowley. 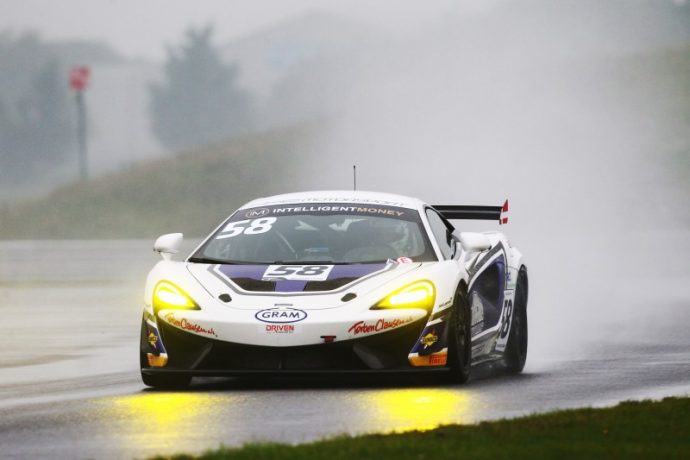 Having topped both practice runs earlier in the day, HHC opted to field Collard in the first 10-minute session in the hope that its form driver could then overturn the 10s Success Penalty – incurred for winning at Donington – during Race 1.

And it paid dividends with Collard dominating proceedings after James Kell in the Speedworks Toyota and Connor O’Brien’s TF Sport Aston Martin led the early exchanges.

Collard’s biggest challenger turned out to be his own team-mate in HHC’s sister 570S, but even Gus Bowers couldn’t get within a second of the #58 car’s 2m13.611s.

Dan Vaughan might have disputed pole. However, two deleted laps for straying beyond track limits kept TF Sport’s #97 Vantage at the bottom of the timesheets before vaulting up to third on the final tour.

Academy’s Mustang has been formidable since Oulton and maintained that hot streak at Snetterton by claiming pole position for Race 2 thanks to Matt Cowley’s late effort. 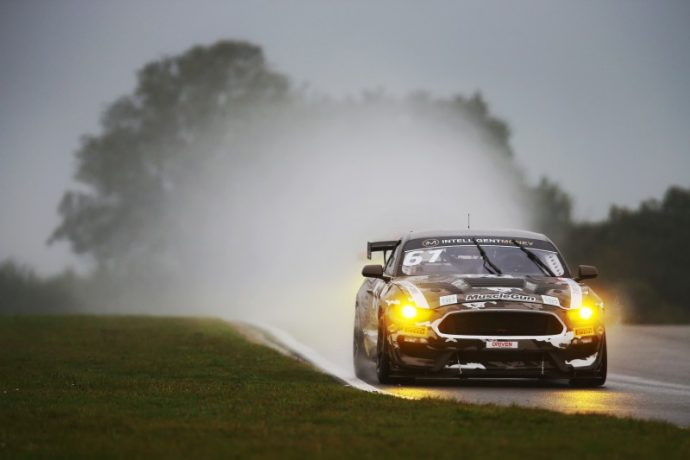 Chris Wesemael put the McLaren he shares with Bowers fastest early on before Patrick Kibble emerged ahead for TF Sport.

But then came Cowley who, after a relatively steady out-lap to judge the conditions, pumped in an effort half-a-second better than anyone else to snatch provisional pole on his penultimate tour.

Matthiesen attempted to fight back in the hope of securing a double pole for HHC’s #58 crew, but his best effort missed top spot by just 0.065s.

Kibble wound up third and Wesemael fourth after failing to convert a purple first sector on his final lap into a meaningful time.