Next up in the series of features from Tim Dunlop on some of the late summer’s automotive happenings comes this piece from Salon Privé held at Blenheim Palace at the start of September, it covers the appearance at the event of an extraordinary trio of Aston Martin racers – enjoy!

Although not listed in the event guide for Salon Prive it was quite hard to not notice the row of Aston Martin GT cars lined up as you entered the beautiful gardens at Blenheim Palace.

Three cars all in their standard non liveried factory paint with not a mark on them certainly piqued my interest, and further investigation revealed not only were the three cars brand new and unraced, but they were also all for sale. 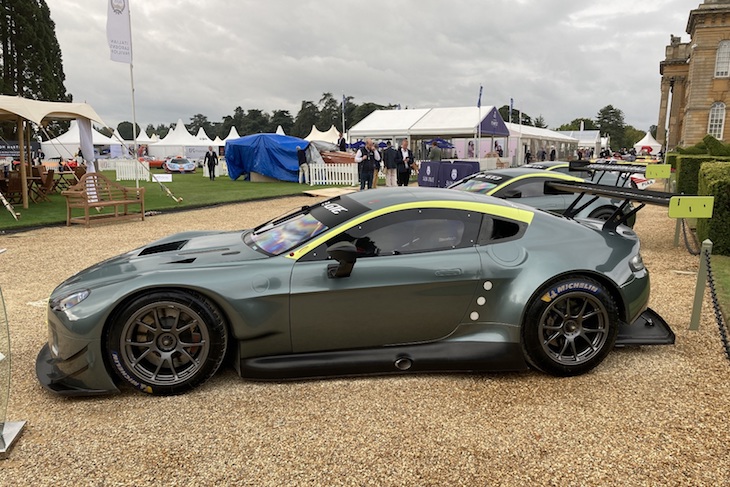 This collection would comprise one of each of the original generation Vantage race cars, Vantage GTE; Vantage GT3 and Vantage GT4.

The cars according to the description had been specially made by Aston Martin Racing to commemorate one of the most successful periods in Aston Martin’s racing history, a period which saw two Le Mans titles, five FIA World Endurance Titles as well as numerous international sportscar championship titles.

All three cars on display were new builds, assembled at AMR’s factory in Banbury and would be delivered to their new owner with zero miles and ready to race. 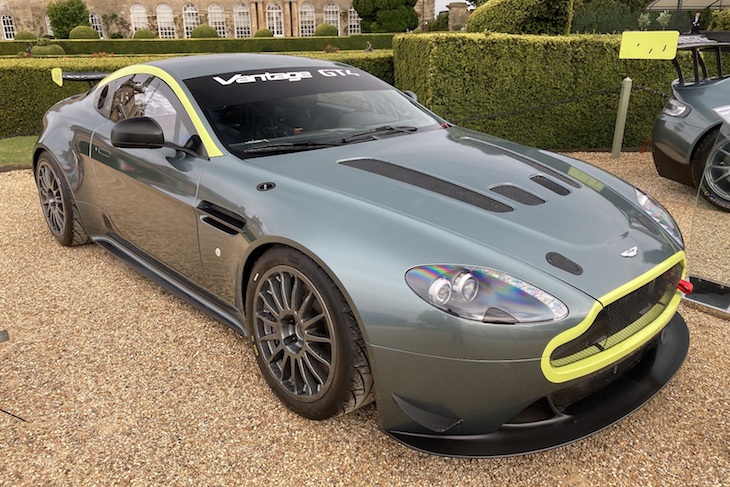 The first Vantage based GT4 car created. It debuted in 2009 and by the end of 2018 when production officially ceased Aston Martin had produced 107 cars, many of these winning races and international championships across the world. 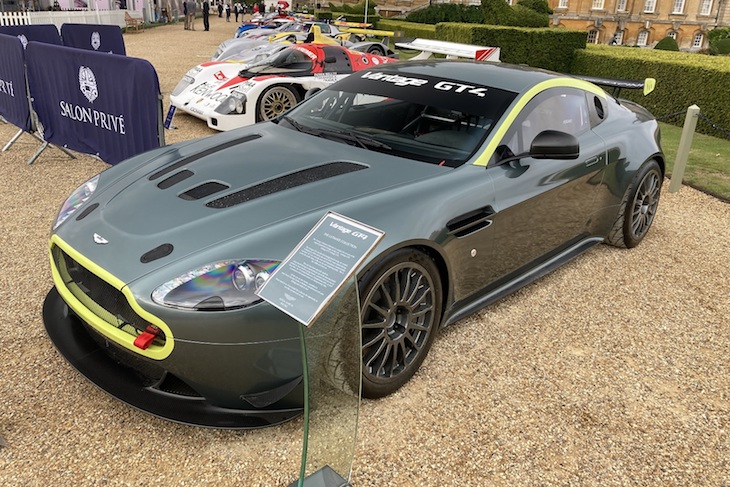 The car on display was car 108 and the final car built. 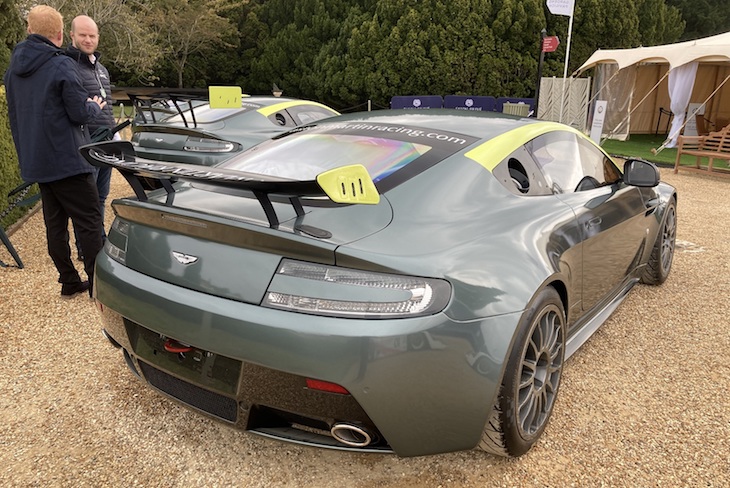 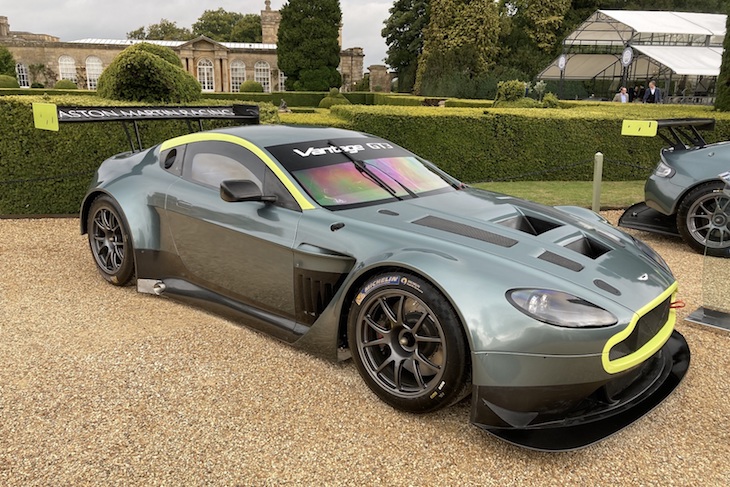 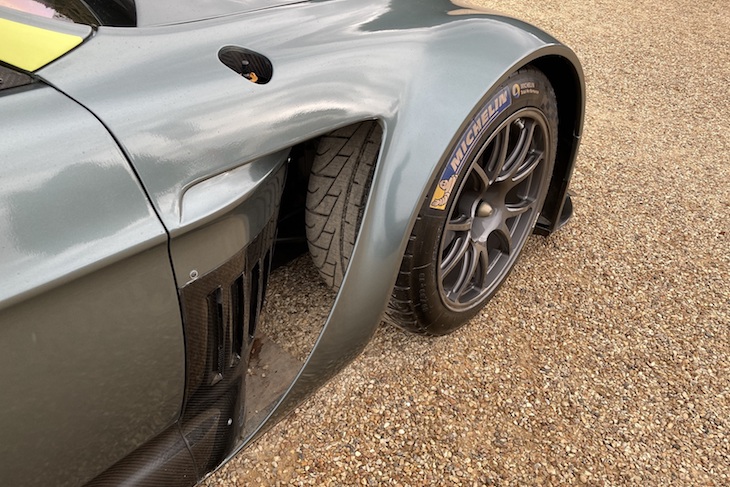 In fact, the GT3 would continue to prove its competitiveness right up until it was replaced by the new Vantage in 2019. 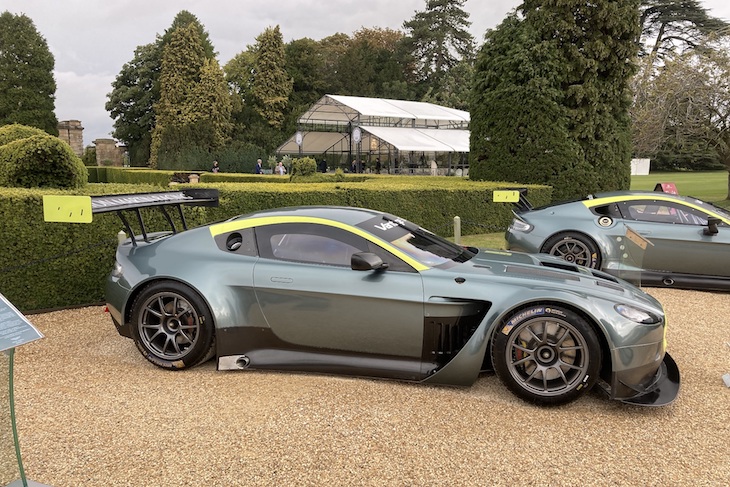 Over 7 years 46 cars had been built, the car on display at Blenheim Palace was the 47th. 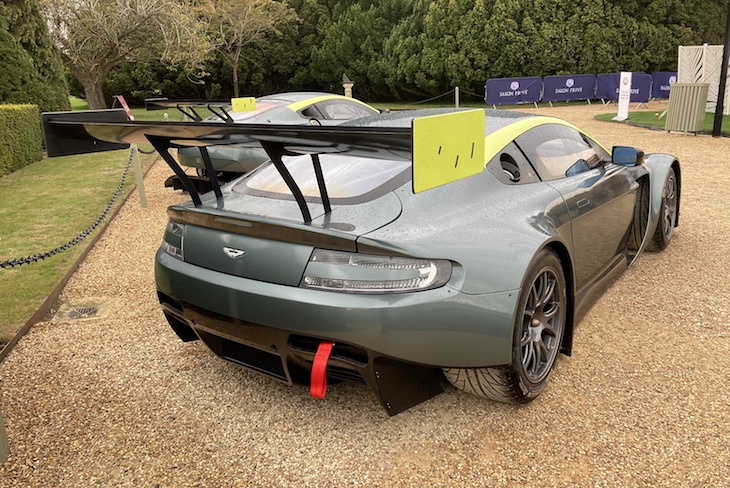 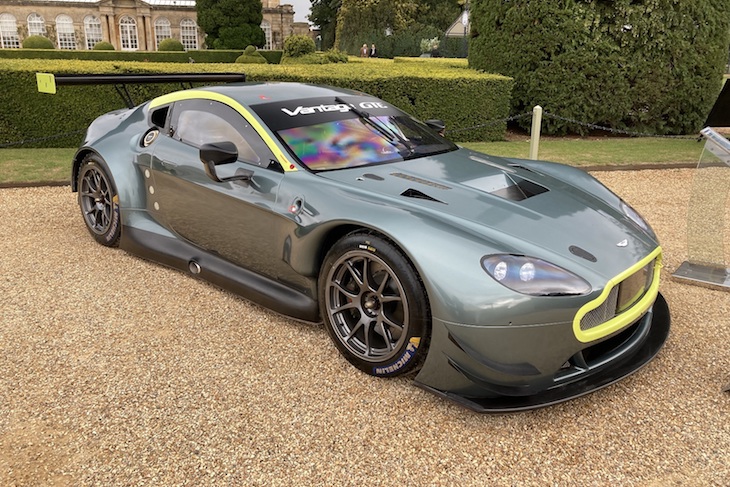 The Vantage GTE made its debut at the 2012 running of the Sebring 12 hours with the Aston Martin Racing works team. The single car painted in the famous Gulf livery and driven by Darren Turner, Stefan Mucke and Adrian Fernandez would start the race third in class after a superb qualifying and would go onto hold this position at the chequered flag giving the car its first podium. The Vantage GTE would see its first of many wins in October 2012 at the final round of that years WEC championship at Shangai with Turner and Mucke sharing the car. 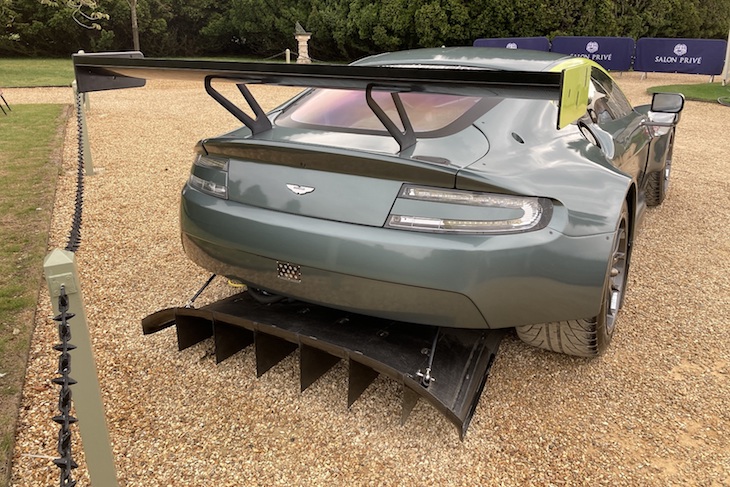 Only six GTE’s were initially built, with the car racing for the last time in the GTE Pro class at Bahrain in 2017, the car continued for another year in the GTE Am class before bowing out at Le Mans in 2018. 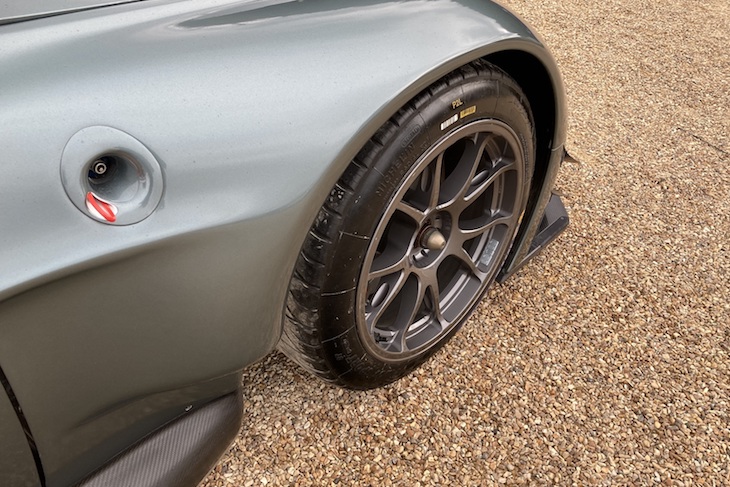 During this time, the Vantage GTE became the most successful car in the FIA World Endurance Championship, winning six titles, as well as two titles at Le Mans, including the dramatic final lap victory in 2017. 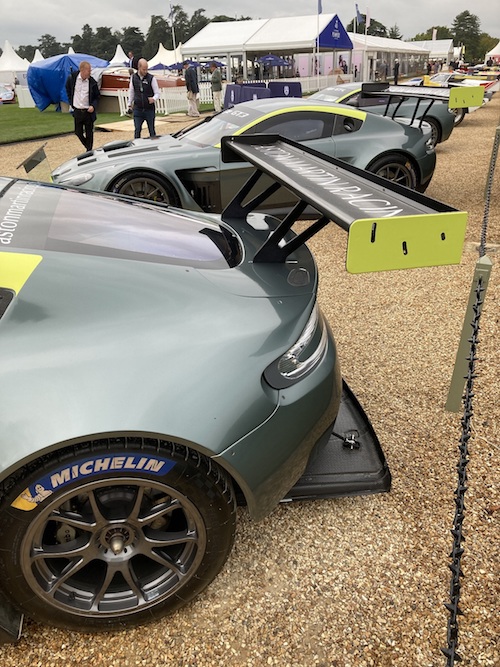 The car on display was the seventh and final car.

So, if you have been lucky enough to win the lottery or have a nest egg tucked away why not drop Aston Martin Racing a line and see if you secure this very special collection of cars.