In a Qualifying session around the Charlotte Roval that was interrupted by a red flag, Jordan Taylor in the #3 Corvette C8.R scored pole position with a lap time of 1:14.278. Taylor’s time could not be beaten by Frederic Makowiecki in the #911 Porsche 911 RSR who came in just 0.056 seconds behind Taylor. 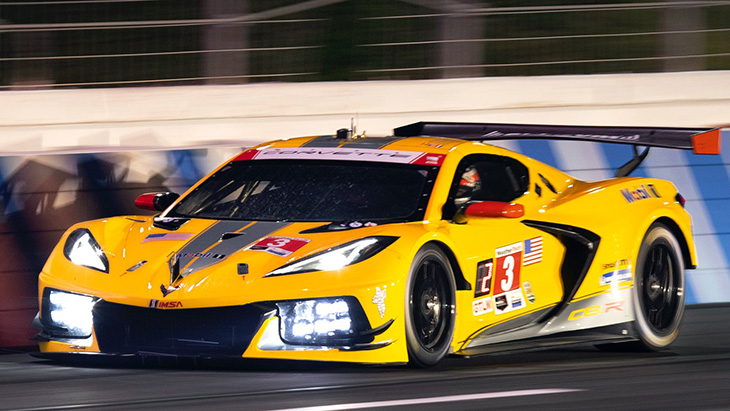 This is the fourth pole position of the season for Corvette racing and their new C8.R which is off to a flying inaugural season.

Laurens Vanthoor in the #912 Porsche 911 RSR caused the red flag that led to the truncated session. He smacked the wall on the exit of Turn 7 after the rear began to step away. Vanthoor ran out of room to correct it and ended up hitting the wall with the right rear of the car taking the brunt of the impact.

The contact caused suspension damage and Vanthoor was not able to limp the car back home. A flatbed truck was required to bring the car back to the garage. The red flag lasted just over six minutes, leaving just four minutes on the clock when the session returned to green.

Jordan Taylor: “It was a stressful session. Everyone was kind of waiting and knowing that it was only going to take a couple of laps to maximize the tires and then you have a small drop-off. Most everyone was waiting toward the end to go out. We waited one or two minutes and then the red flag came out on our first timed laps. It was very poor timing for us. The #4 car had put in a quick lap; putting a heat cycle in a tire like that can take a knock on the performance. No one knew what they had going back out. Our Corvette performed really well. We haven’t done much light-fuel running; most of it has been race prep. So it really came alive. It’s been good all weekend no matter if it’s dry or wet, so whatever the weather brings tonight, we should be alright.”

In GT Daytona, Aaron Telitz in the #14 AIM Vasser Sullivan Lexus RC-F GT3 earned his third pole position of the year and the fourth of the season for AIM Vasser Sullivan. Telitz used all the available track at the Charlotte Motor Speedway ROVAL and then some as he brushed the wall on the exit of the final corner en route to pole. 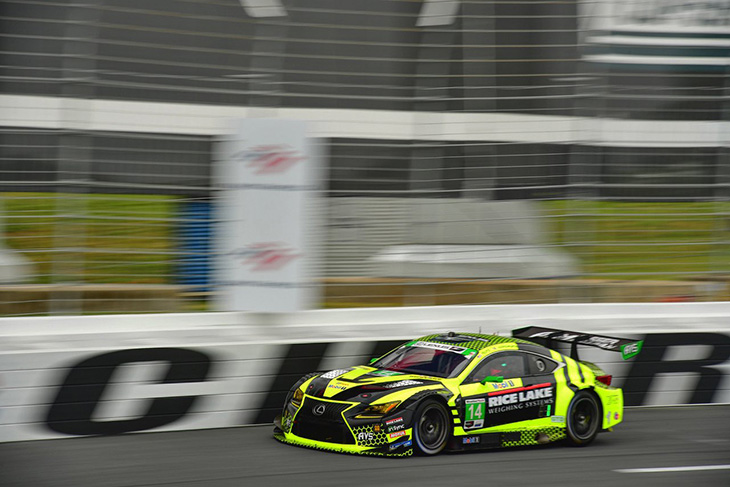 Robby Foley in the #96 Turner Motorsports BMW M6 GT3 ended the session in second. Foley was 0.123 seconds behind the time from Telitz. Matt McMurry in the #86 Meyer Shank Racing Acura NSX GT3 rounded out the top three with a time of 1:18.091.

Watch out for the GTD championship battle in the race later today. With just five points separating the pole-sitting #14 Lexus from the championship-leading #86 Acura, it’s all still to play for in GTD.