While the overall Sprint Cup championship will be decided in the third and final race at Circuit de Barcelona-Catalunya, the first GT World Challenge Europe Powered by AWS titles of 2020 were settled in this afternoon’s second race of the weekend.

French outfit Sainteloc Racing secured the Silver Cup crown for teams and drivers. The #26 Audi of Simon Gachet and Steven Palette has been a class front-runner throughout the campaign, capturing a pair of wins at Misano and another at Magny-Cours. The latter was particularly memorable, with Gachet and Palette taking a superb overall triumph on home soil. 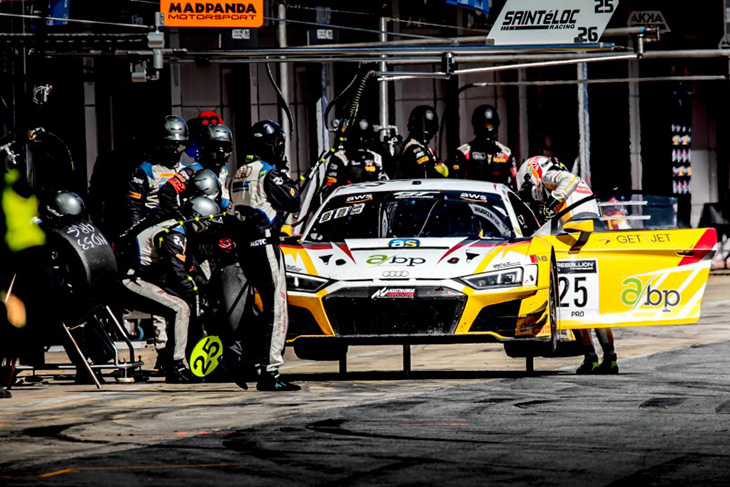 They clinched the crown with a controlled run to fourth in today’s race, having taken the same result in Saturday’s opening contest. The French pairing have 95.5 points ahead of this afternoon’s closing race and will look to break the 100 mark and cap a superb Sprint season.

The Pro-Am title looked all but settled ahead of the season finale, but a fourth-place finish in Saturday’s opening race put the #93 Sky Tempesta Ferrari crew on the back foot, especially as the rival #52 AF Corse Ferrari clinched victory. 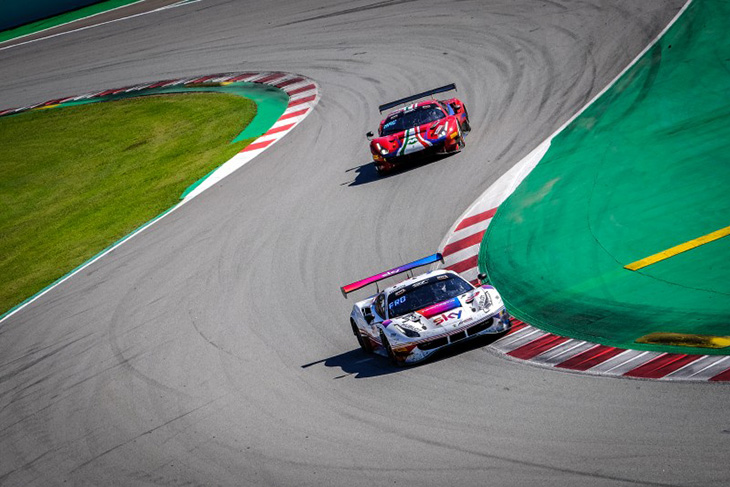 It looked as though things might get worse in the second contest when Eddie Cheever III was tipped into a spin on the opening lap, but the team fought back brilliantly. Cheever handed over to Chris Froggatt, who was part of a three-way battle for victory during the closing stages.

This was more than enough to secure the title, but Froggatt made extra sure with a last-minute pass on the rival SPS Automotive Performance Mercedes-AMG. It secured the teams’ and drivers’ championships for Tempesta, which has won eight of the nine Sprint Cup races in its class this term.

In the overall race standings Albert Costa and Giacomo Altoè took their third straight Sprint Cup victory, the #163 Emil Frey Racing Lamborghini led the majority of 60-minute contest, only briefly slipping back during the pit stop phase. Costa handled the first stint and faced only a brief spell of pressure from Maro Engel (#4 HRT Mercedes-AMG). Altoè was at the controls for the second half and survived a quick safety car period to capture another win. 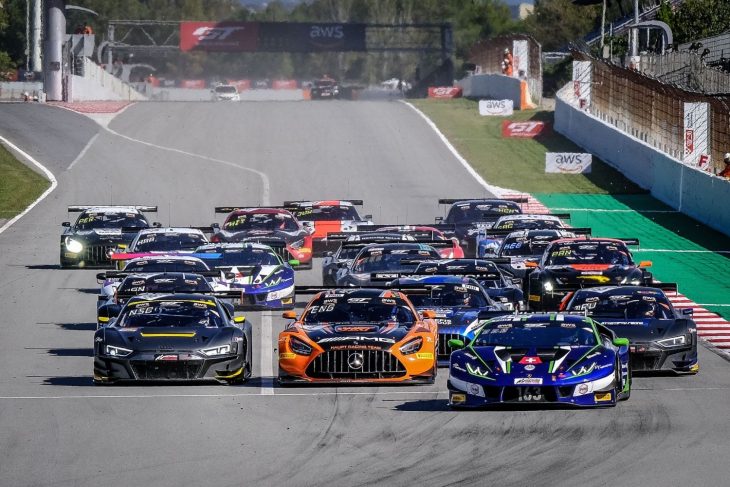 Engel had moved into second with a blistering start from fifth on the grid, but was required to hand one place back for cutting a corner. This promoted Ferd Vervisch to second in the #66 Attempto Racing Audi. The Belgian driver handed over to Nicholas Schöll, who delivered an excellent stint to secure second spot.

Luca Stolz completed the podium after taking over from Engel. The German duo closed on the championship lead, finishing one spot ahead of the #32 Belgian Audi Club Team WRT machine of Dries Vanthoor and Charles Weerts. Timur Boguslavskiy was fifth in the #88 AKKA ASP Mercedes-AMG he shares with Raffaele Marciello, while the #31 Belgian Audi Club Team WRT crew of Kelvin van der Linde and Ryuichiro Tomita completed the top six.

This afternoon’s season-ending Sprint Cup contest will decide the overall Sprint Cup title, with four contenders still very much in the hunt.