Acura Team Penske secured a front-row lockout for Petit Le Mans after Dane Cameron in the #6 Acura ARX-05c edged out his teammate Ricky Taylor in the #7 Acura ARX-05c by just 0.094 seconds. Cameron’s best time was a 1:08.412.

The #31 Whelen Engineering Cadillac DPi-V.R. rounded out the top three. Felipe Nasr qualified that car and his best time was a 1:08.612. Harry Tincknell in the #55 Mazda RT-24P finished the session in fourth. Tincknell was 0.224 seconds behind the time set by Cameron.

The GTLM championship-leading #3 Corvette C8.R will start the race from pole. Antonio Garcia qualified the car and laid down a 1:15.163 that set a new qualifying lap record at the track. 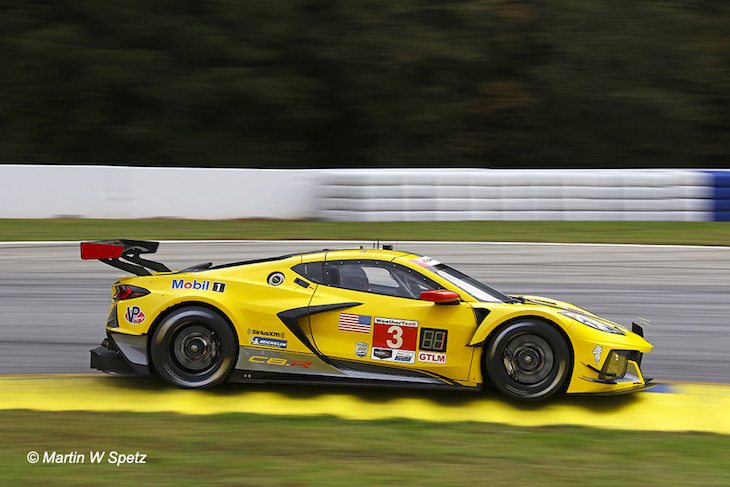 BMW ended the session second and third with the #25 BMW M8 of Conor De Phillippi beating out his teammate John Edwards in the #24 BMW M8 by 0.181 seconds. De Phillippi’s best lap time was a 1:15.434. That time also broke the lap record but was not good enough to beat the #3 Corvette.

The #912 Porsche 911 RSR of Laurens Vanthoor ended the session in fourth. Tommy Milner in the #4 Corvette C8.R was fifth. Nick Tandy, just under seven-tenths of a second behind Garcia, rounded out the GTLM session.

In GTD, Shinya Michimi put the #86 Meyer Shank Racing Acura NSX GT3 on pole position with a 1:19.291. This is Michimi’s first IMSA pole position and it gives the championship-leading #86 Acura a good spot to start the 10-hour race from. 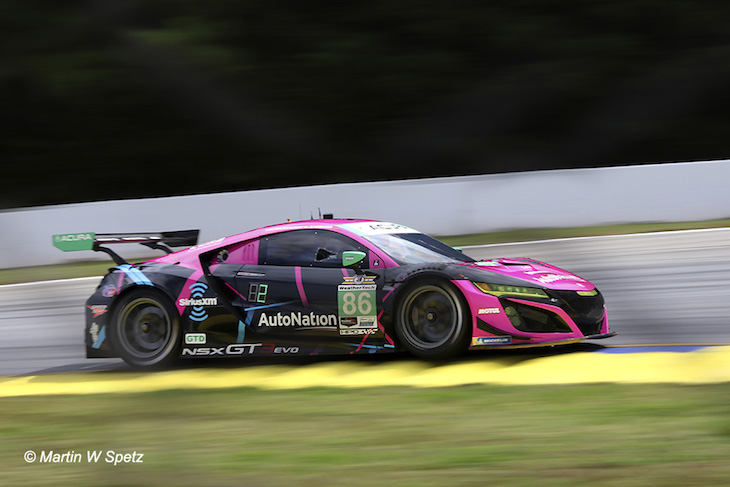 The #63 Scuderia Corsa Weathertech Racing Ferrari 488 GT3, in its return to IMSA competition, qualified second in the class. Jeff Westphal had qualifying duties and managed to put in a 1:19.464. Westphal held provisional pole earlier in the session before being topped by Michimi.

Newly married Frankie Montecalvo rounded out the top three in the #12 AIM Vasser Sullivan Lexus RC-F GT3. His best time was a 1:19.563.

Patrick Kelly continued his domination of LMP2 qualifying in the #52 PR1/Mathiasen Motorsports ORECA 07. In LMP2, where Am-rated drivers have to qualify the cars, Kelly has been unbeatable. His best time in this session was a 1:11.590, some 1.571 seconds quicker than anyone else in the class. 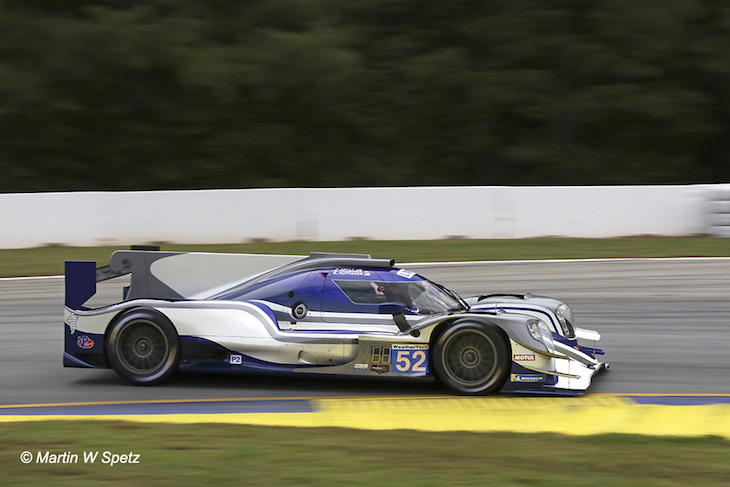 The #51 Inter Europol Competition ORECA 07 of Rob Hodes was second in the session, the LMP2 debutant putting in a highly creditable qualifying performance. John Farano in the #8 Tower Motorsports ORECA 07 rounded out the top three.

Jim McGuire in the #38 Performance Tech Motorsports ORECA 07 did not set a competitive time in the session and will start from fourth.

There were no incidents in any of the sessions. Tomorrow’s race begins at 12:40 PM local time. It can be seen on IMSA TV around the world and on NBCSN in the United States.