Pla is a returnee to the team, having raced to victory in the 2016 edition of the Motul Petit Le Mans alongside MSR pilots John Pew and Ozz Negri after the team captured the pole. The victory marked Meyer Shank Racing’s 150th Prototype start. 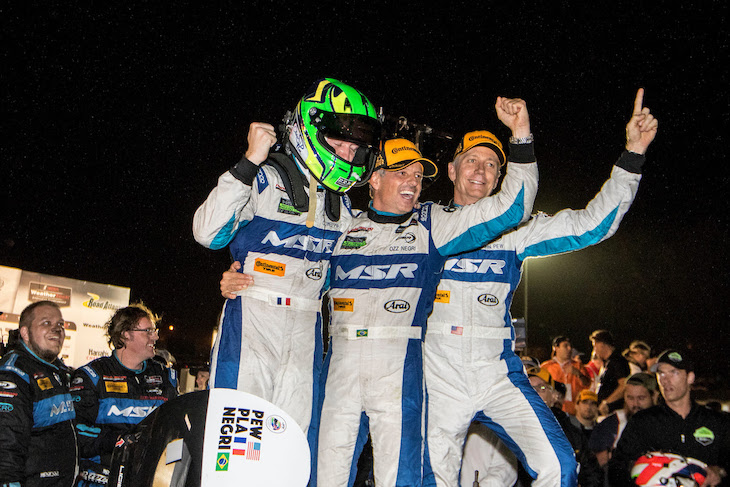 Pla joins the effort after two seasons as an endurance racing addition to the Mazda DPi effort where he has scored a victory at Watkins Glen (in 2019), and second overall at the Rolex 24 Hours this year.

His lengthy endurance racing career has seen him compete successfully in LMP1, LMP2, DPi and GTE, racing at Le Mans 13 times including factory appearances for both Nissan and Ford.

Pla will be joining AJ Allmendinger who was recently announced as MSR’s Rolex 24 driver.

“It’s a special weekend to be able to announce that I will be back racing with Meyer Shank Racing next year with the Acura ARX-05,” said Pla. “I still remember the four races that I did with MSR back in 2016 like it was yesterday, especially our win at Petit – we had such good performance. Since that moment I always wished to have the opportunity to drive for Mike (Shank) again and today is the day we can finally announce that. It will be a very exciting time for MSR and I’m ready for the challenge. Next year can’t come soon enough and I’m ready to get things started.”

“I’m really excited to have Olivier back onboard with us for the full 2021 season,” said Shank. “He really impressed me in 2016 and performed above and beyond my expectations. We’ve stayed in touch and he’s continued to deliver results both in Europe and in the US since he raced with us in 2016. He’s always someone that I’ve had my eye on and I’m glad that he will be rejoining us for 2021.”