After one hour of racing from Road Atlanta, Acura Team Penske leads the way with the pole-sitting #6 Acura ARX-05c of Dane Cameron leading the field. Ricky Taylor in the #7 Acura ARX-05c is ten-seconds behind Cameron. 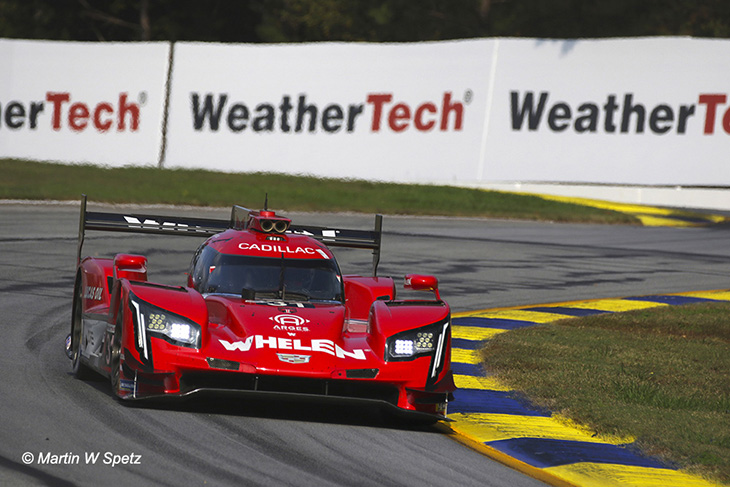 Felipe Nasr in the #31 Whelen Engineering Cadillac DPi-V.R. is in third, just 0.643 seconds behind Taylor who has fallen off the back of Cameron. With nine hours still to run, it’s still too early to see who the favourite might be to win this one. A few teams have had their chances hurt, however.

The #55 Mazda RT-24P has fallen out of contention after a brake issue cost the team six laps. Harry Tincknell was in the car on the run down to Turn 10a when the brakes seemingly failed. Tincknell narrowly avoided an LMP2 car but could not avoid a trip through the gravel.

First drama of the day! The No. 55 @MazdaRacing has gone behind the wall after a brake issue. Harry Tincknell narrowly avoided a massive shunt into Turn 10a. #IMSA #MotulPetitLeMans #PLM #RoadAtlanta pic.twitter.com/TFB2pwQpb0

The car went behind the wall where the team replaced the front brakes. It is back out on track now.

Also suffering drama in the first hour was the #85 JDC-Miller Motorsports Cadillac DPi-V.R. Gabriel Aubry went nose-first into the tyre barriers at Turn 1. The incident leads to the race’s first Full Course Yellow. Aubry was pushed back onto the track and he nursed the car back to the garage where the team began repairs. 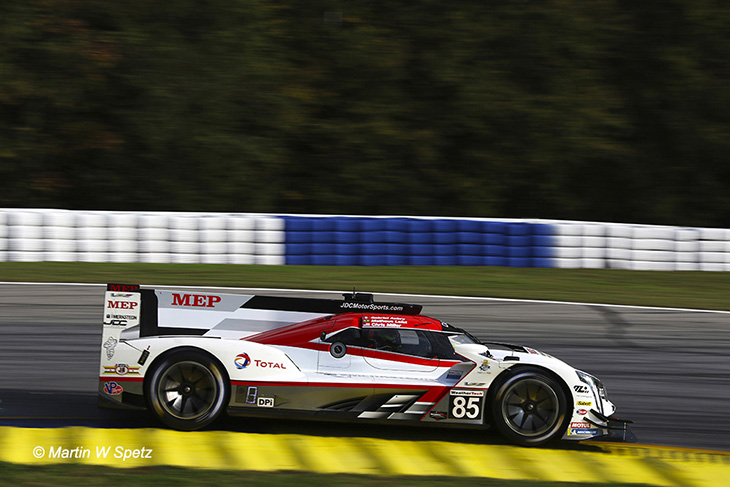 The entire GTLM field is within five seconds of each other as the three manufactures run nose-to-tail. Currently, it’s the #3 Corvette C8.R of Antonio Garcia leading the #912 Porsche 911 RSR of Laurens Vanthoor. 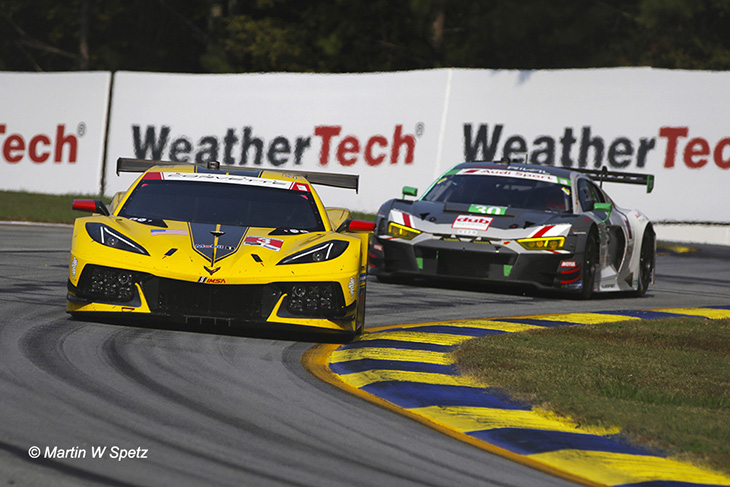 Tommy Milner in the #4 Corvette C8.R is in third. The BMW M8 entries are in fourth and sixth but still well within contention. 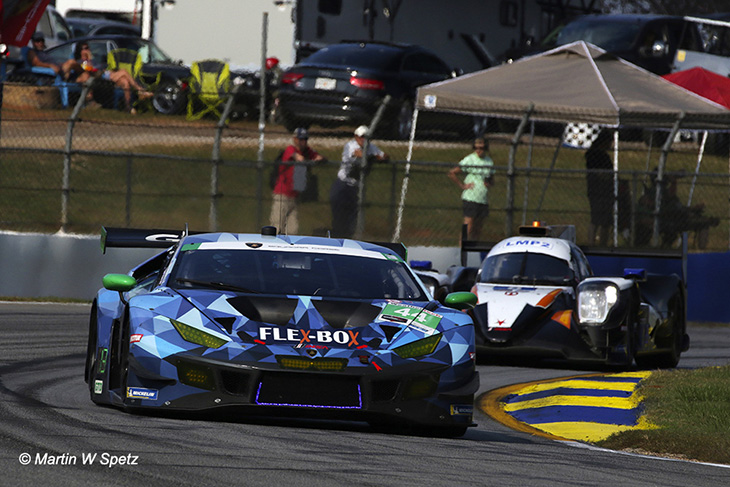 The #48 Paul Miller Racing Lamborghini Huracan GT3 leads the way in GTD after a strategy call from the team saw the car make a fuel-only stop before the first FCY. Only time will tell if they can keep up the pace to stay out front as the championship-leading #86 Meyer Shank Racing Acura NSX looms close. 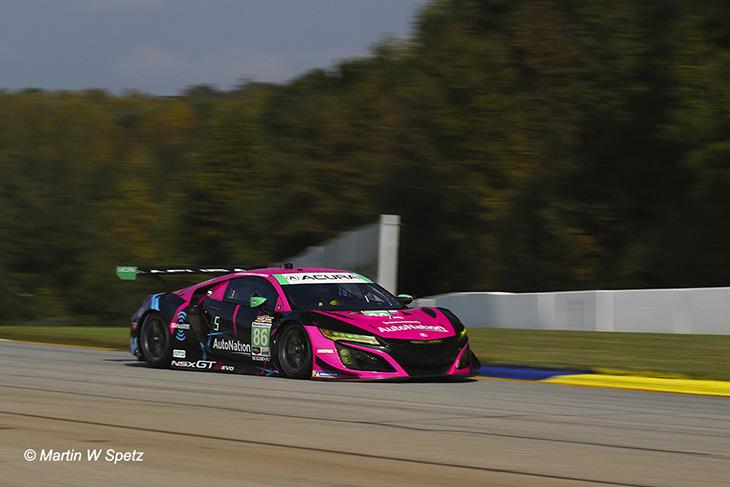 The #9 Pfaff Motorsports Porsche 911 GT3 R is in third with Lars Kern. The GTD field is more spread out than the GTLM field is, but it’s still anyone’s race. 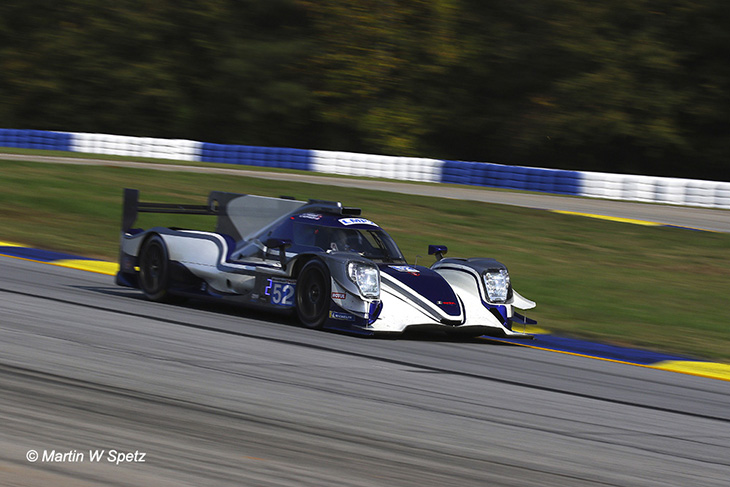 In LMP2, Patrick Kelly in the #52 PR1/Mathiasen Motorsports ORECA has blitzed the field in the first hour of the race. The only other driver setting lap times anywhere near Kelly has been Jakub Smiechowski who has recently gotten aboard the #51 Inter Europol Competition ORECA 07. 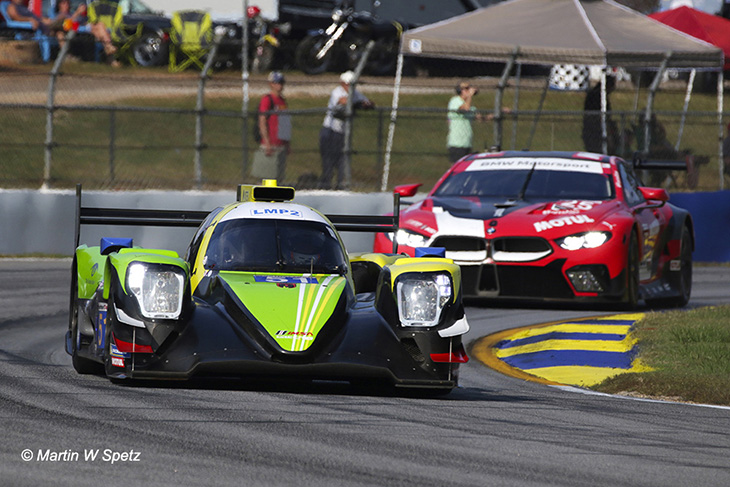 Kelly leads John Farano in the #8 Tower Motorsports ORECA 07 by just over one minute, yes minutes, not seconds. Farano took the pass around on the first FCY after going for a spin early in the running.