Naveen Rao and Matthew Bell took the final race of the IMSA Prototype Challenge season at Road Atlanta on Friday and wrapped up the championship in the process. 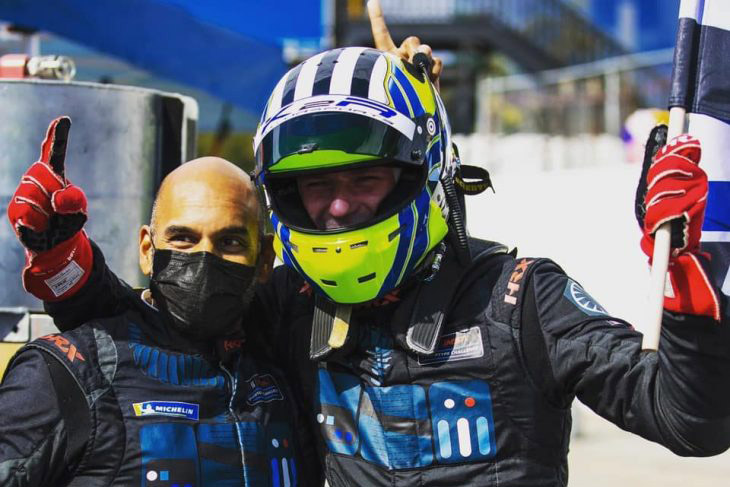 The joy of a title win swept away memories of a difficult run-in to the weekend for Matt Bell who was the victim of a robbery at Monza the previous weekend which left him scrambling to replace stolen travel documents ahead of a midweek flight to Atlanta from the UK. 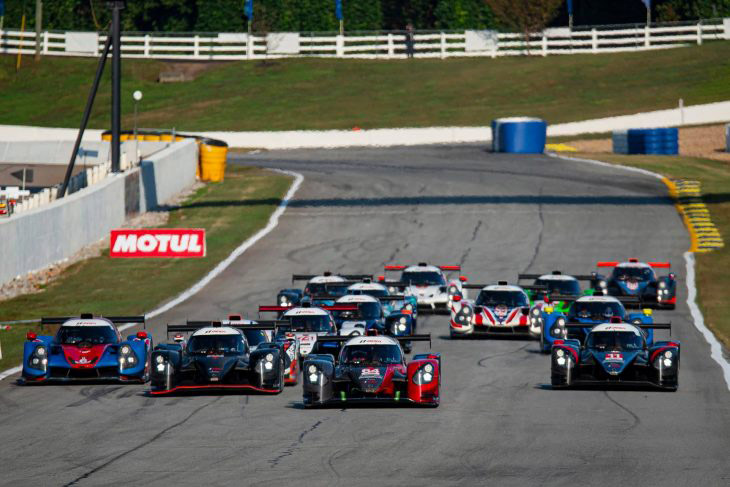 That was all forgotten though as the drivers of the #64 K2R Motorsports Norma M30 lapped the field midway into the three-hour race before handling issues blunted Bell’s pace with a late caution rather flattering the chasing field, Bell coming home 2.776 seconds ahead of K2R teammates Steven Thomas and Thomas Merrill in their #11 Norma, who took the Bronze Cup class win and title for Thomas as a result.

“Frankly, it never goes how you think it’s going to,” said Rao, who could only watch nervously from pit lane as Bell had to pit late for fresh tires and avoided disaster when he slid off course and came precariously close to hitting the barrier. “Matt had to deal with some tire things but kept it right in front and managed the pace.”

Bell was at a loss for words to describe the last half of his two-hour stint in the car when what seemed to be the easiest of victories went sideways. 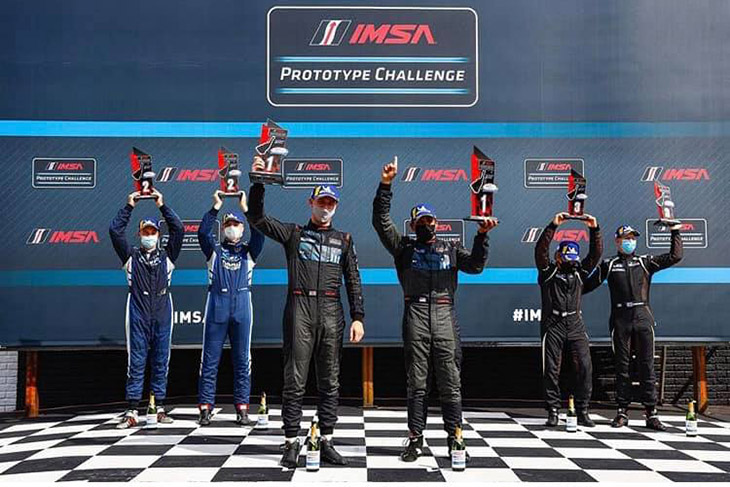 “We weren’t expecting to change tires for that last stint (but) I was really, really struggling in the middle of the race,” he said. “We made some adjustments, changed (tires) for the last stint and had the problems again. It was a bit tricky to drive and it caught me out a couple of times. I had a little bit of an off-track moment, which I wasn’t expecting that at all. Just had to calm it down and trust that we had the gap to bring it home.”

Bell did just that, benefitting from lapped traffic between him and Merrill on the final restart with just under six minutes to go. Bell notched the second win in the last three races for the No. 64, which finished on the podium in all but one race.

“At the end, it was clear that we just had to protect the lead,” Bell said. “There were a few cars between us and P2 and P3 after that last caution. It wasn’t the ideal scenario, but I was confident to have held it and bring it home.

“So happy and so proud of the K2R guys,” he added. “They did such a good job all year; dominant second half of the year. Very good job by Naveen, he drove away from the field in the first half of the stint. Yeah, it was a great team performance here today.”

“It’s awesome, it’s amazing,” Rao said of clinching the championship. “This is what we were hoping to do from the beginning. … This is wonderful.”

Thomas and Merrill were just as elated with their first overall Prototype Challenge podium and first Bronze class win. While Thomas drove in all six races this season, Merrill was his teammate at just the three-hour events, at Daytona International Speedway in January and Michelin Raceway on Friday.

“We were able to qualify P2 and got a really good start and turned it over to Thomas (Merrill),” said Steven Thomas, who first stepped into a race car only 18 months ago. “Thomas gets basically no practice laps because I take ’em all. And he jumped into the car and was lightning.”

Like Bell in the #64, Merrill struggled with his car’s handling later in the race and left little opportunity to bid for the overall win.

“Our first stint was great, the tires came in beautifully and the car was really, really fast,” Merrill said. “We came in for a pit stop, we put some new tires on, and the car wasn’t as good.

“I was happy to see the (last) caution because it kind of helped us reset. When we went back green again, we had a really good pace but everybody up front was running kind of the same pace, so we just brought it home in second place.”

Brothers Keith and David Grant entered the race weekend with an 11-point lead in Bronze Cup. But they weren’t eligible for class points Friday since Silver-rated driver Parker Thompson was added as a third driver in the #40 Forty7 Motorsports Norma.