After the leaders of the race came together in the final ten minutes of the race, the #10 Wayne Taylor Racing Cadillac DPi-V.R. of Renger Van Der Zande, Scott Dixon, and Ryan Briscoe emerged from the fray to win what likely go down as one of the most unforgettable editions of Petit Le Mans from Road Atlanta, the race finishing under caution after a GTLM on GTD shunt with 4 minutes to go.

The #7 Acura Team Penske ARX-05c ended the race in second. That car involved in a late-race incident that saw Ricky Taylor and the the-leading #31 Whelen Engineering Cadillac DPi-V.R of Pipo Derani come together while fighting for the lead in the final minutes, the Cadillac ending up with rear end damage in the gravel whilst Taylor was able to recover from a full 360 degree spin and continue, still in second as renger van der Zande took full advantage to leapfrog from third to the lead.

Race Control called No Further Action to the incident. 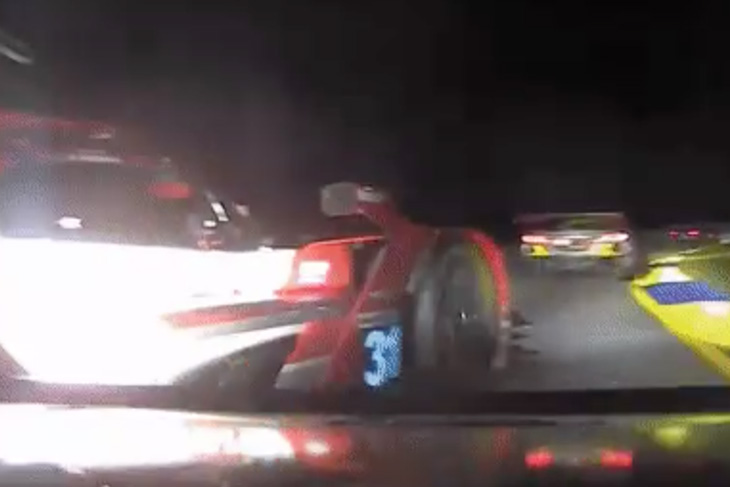 The #6 Acura Team Penske ARX-05c rounded out the podium. 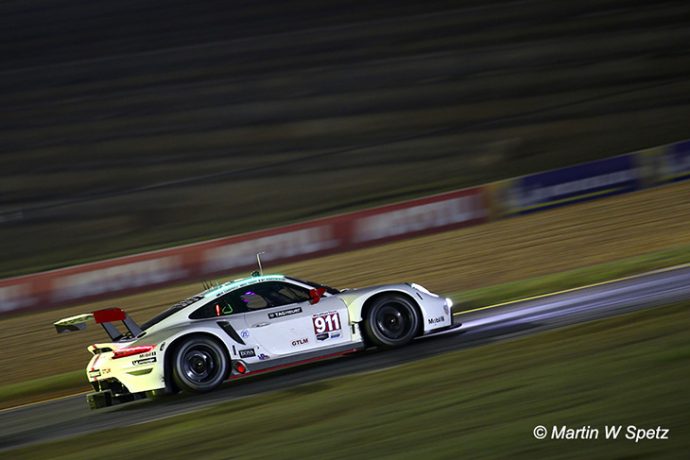 In GTLM, the #911 Porsche 911 RSR of Frederic Makowiecki, Nick Tandy, and Matt Campbell took home the win ahead of the #3 Corvette C8.R. The race ended under Full Course Yellow conditions that was caused by the #912 Porsche 911 RSR diving to the inside of Townsend Bell’s #12 AVS Lexus in the Esses. 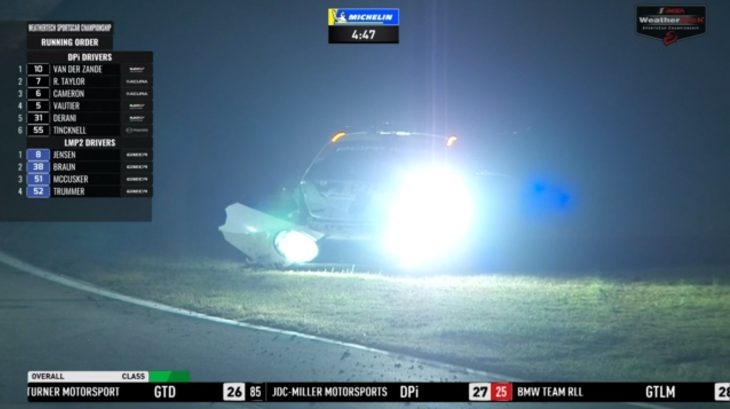 The #24 BMW M8 ended the race in third. The BMW looked well on their way to a win but had to make a late final pitstop to clean grass from the grill after the car was forced off track by a Prototype at the exit of Turn 12.

The #4 Corvette C8.R ended the race in fourth.

The #25 BMW fell out of contention early in the race after a mechanical failure at the front of the car. It finished the race thirty-two laps behind the winning car.

In GTD, the #63 WeatherTech Racing Scuderia Corsa Ferrari 488 GT3 of Jeff Westphal, Toni Vilander, and Cooper MacNeil won the race, they fended off a strategic call from the #14 AIM Vasser Sullivan Lexus RC-F GT3 late in the race. 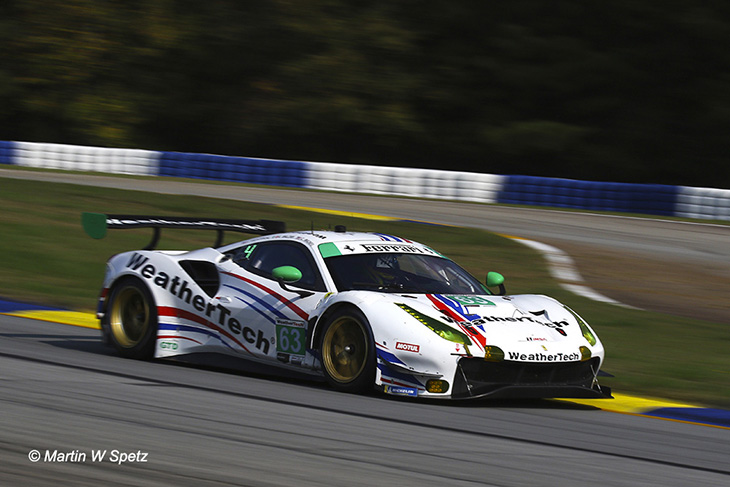 That #14 Lexus finished the race in second after showing practically no pace early in the running. The #44 GRT Magnus Racing Lamborghini Huracan GT3 rounded out the podium with the fast-closing #16 Wright Motorsports Porsche fourth.

All three retirements in the race came in GTD. The #30 Hardpoint Racing Audi R8 LMS GT3 retired after what the team described as a mechanical failure. The #74 Riley Motorsports Mercedes-AMG retired for an unknown reason.

The only car to retire from the race as a result of contact was the ##23 Heart of Racing Aston Martin Vantage whose day ended after contact with the #86 Meyer Shank Racing Acura NSX GT3.

After falling victim to contact with the #6 Acura, the #8 Tower Motorsports by Starworks rebounded to take home the win in LMP2. Mikkel Jensen, Job van Uitert and John Farano had a remarkable race. From Farano spinning in the opening laps to van Uitert being hit by a DPi car, it was a busy day for the team.

Jensen chased down and passed Scott Huffaker in the #52 PR1/Mathiasen Motorsports ORECA 07 with just over an hour to run. Soon after losing the lead, the #52 ORECA suffered a suspension failure which sent it behind the wall and dropped it down to last in class, a heartbreaking result for the team who led for nearly eight hours.

The #38 Performance Tech Motorsports ORECA 07 ended the race in second. Inter Europol, in their North American debut, secured a podium finish. They were never favourites for the win, but Inter Europol kept at it and was rewarded with a podium when the #52 ORECA went behind the wall.